Its production creates millions of gallons of acid whey, leaving the food industry scrambling for means of disposal 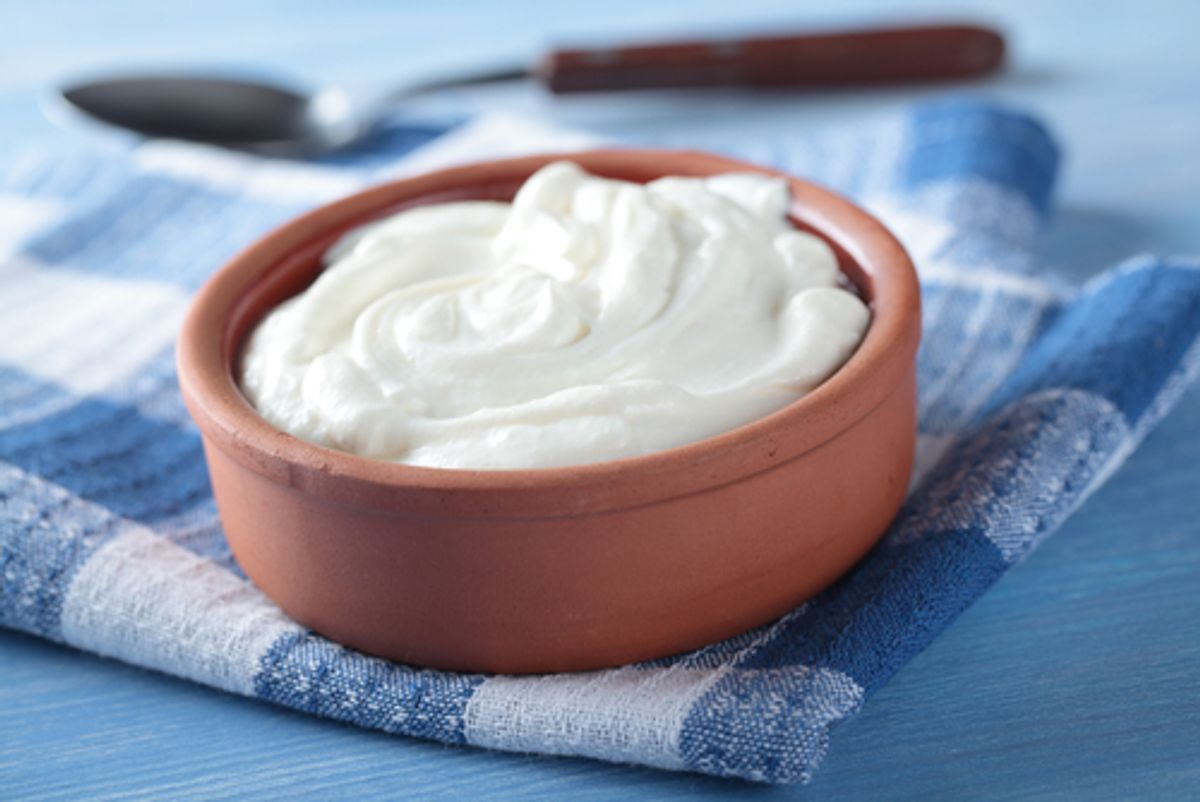 The latest in "healthy" foods that are not actually good for us is Greek yogurt. Over at Modern Farmer, Justin Elliott explains that every three to four ounces of milk produces only one ounce of the creamy snack,  and what's left becomes acid whey, " a thin, runny waste product" too toxic to dump because whey decomposition could potentially turn waterways into aquatic-life-destroying "dead seas."

Now, with a rapidly expanding $2 billion Greek yogurt market, the question has become, what to do with the whey? According to Elliott, the Northeast region alone produced more than 150 million gallons of acid whey just last year.

Though Chobani pays farmers to take their acid whey, this method has proven insufficient, as the waste product is difficult to incorporate into farming. Dave Barbano, a dairy scientist at Cornell, believes the small amount of protein in acid whey could be used in baby formula. Before he can say for sure, however, Barbano needs a cost-effective method of protein extraction, and is just beginning research.

The best solution right now may be converting lactose into methane for electricity. "Scientists at the Center for Dairy Research at the University of Wisconsin, Madison, have been experimenting for nearly a year on how to get edible-grade lactose out of acid whey," wrote Elliott, and in Scipio Center, N.Y., "they’re converting the lactose into methane that can generate electricity." But even that is expensive and problematic.

When the whey arrives from Chobani, some of it is mixed with the vast quantity of manure the farm produces daily. From the manure pit, the light brown soup (basically a river of shit) flows into a 16-foot-deep underground concrete tank known as an anaerobic digester. An innocent looking expanse of cement in a big, green field dotted with dandelions, there’s a lot going on inside, where a fetid mix of manure and whey percolate.

The material is heated up and kept in the tank for about 20 days, during which time bacteria break up the organic material—the lactose, in the case of whey—and release gases, including methane. The gas is fed into generators that produce electricity to power the farm and to sell to the local utility for use elsewhere.

But the setup, which Rejman and his brother had installed five years ago, required a big capital investment that would be out of reach for small farms. It cost $4.5 million, $1 million of which the Rejmans got back through a state subsidy.

They primarily built the digester for what Rejman calls “odor control” for their neighbors, as digested manure smells much less than the raw stuff (“You ever take a shit in the toilet and leave it in there?” Rejman asks, by way of explanation.) The whey is an afterthought. In any case, just 20 of New York’s the state’s 5,200 dairy farms have an operating digester, according to Curt Gooch, a waste management engineer at Cornell.

And if any of the big yogurt companies have come up with a better whey solution, they’re being cagey about it. “We are currently exploring other options for our whey, but nothing we are ready to discuss at this time,” says Chobani spokeswoman Lindsay Kos. Dannon spokesman Michael Neuwirth says the company is looking at the nutritional possibilities of whey, but “we don’t have any plans to announce at this point.”

Meanwhile, the tidal wave of acid whey is not slowing down. As one producer said at New York’s Yogurt Summit: “If we can figure out how to handle acid whey, we’ll become a hero.”

For more on the dark side of the Greek yogurt you've been eating, read the full piece here.