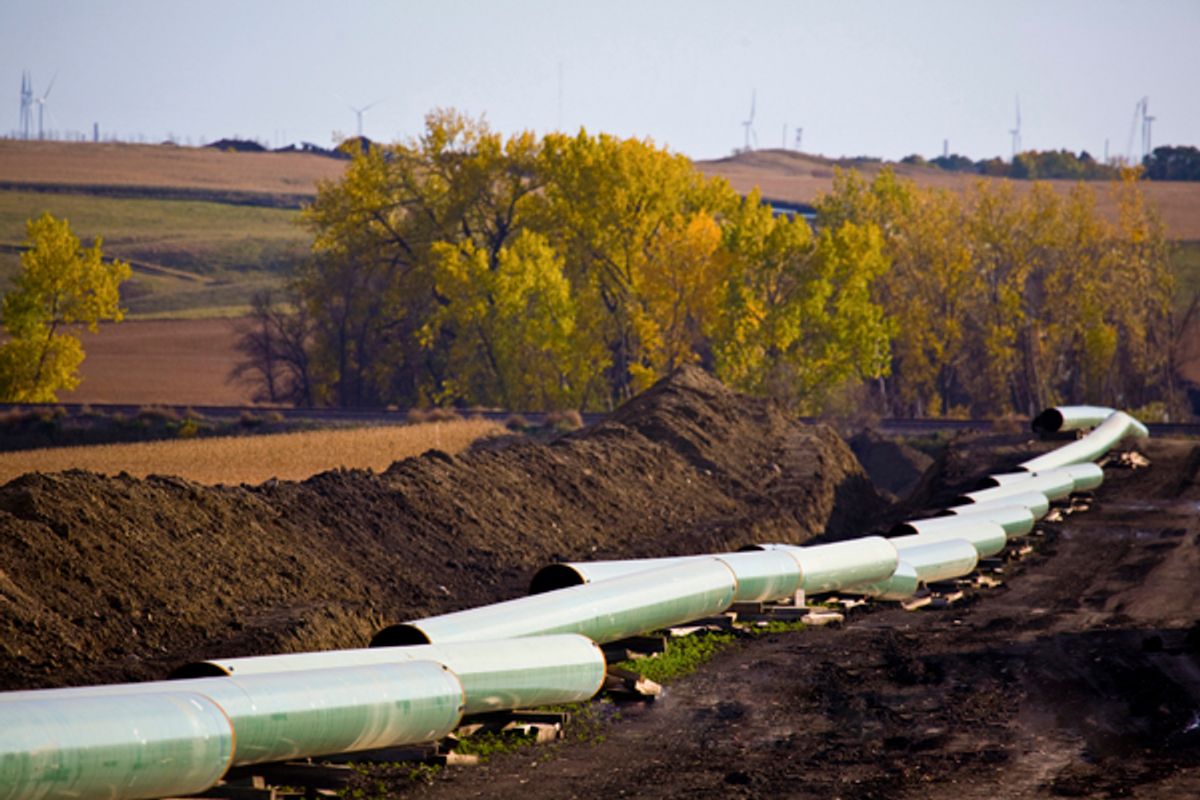 On Wednesday the house voted 241-175 to pass a bill that declares a presidential permit is not needed to approve the Keystone XL oil pipeline extension currently under consideration. The Northern Route Approval Act is unlikely to garner enough votes in the Senate to overcome a presidential veto, so the decision on the pipeline -- which would carry crude oil from Alberta’s tar sands to the Gulf Coast -- will likely remain in the president's hands.

Meanwhile, environmental groups have decried Wednesday's House vote as further evidence that Congress has been bought by Big Oil. Oil Change International calculated that supporters of the bill had taken a combined $56 million from the fossil fuel industry, and that individual representatives in support of the bill had on average received six times from oil industry interests than pipeline opponents. Oil Change International highlighted the following findings: