A paired resume experiment reveals anti-gay bias at the gas and oil giant, a lawsuit alleges 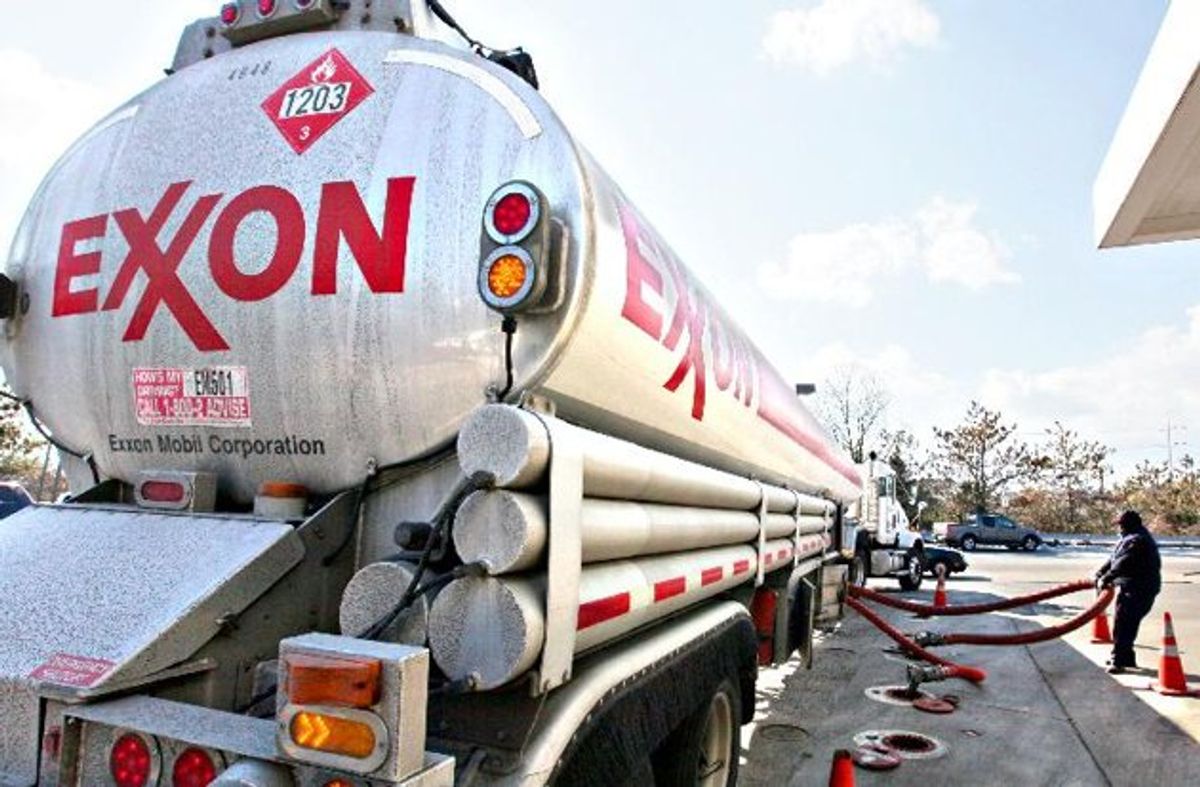 A lawsuit filed by the advocacy group Freedom to Work alleges that ExxonMobil discriminated against a prospective employee because the individual was gay.

After the oil and gas giant failed to adopt a nondiscrimination policy that included protections for sexual orientation and gender identity, Freedom to Work ran a "paired resume" experiment to see if the company actively discriminated in its hiring practices. The LGBT worker advocacy group submitted two fictitious resumes in response to a listing for an administrative position at Exxon's Illinois offices. One of the candidates, the complaint alleges, was a highly qualified LGBT individual; the other was less qualified but had no ties to the gay community.

Exxon never responded to the employment request from the LGBT candidate while it actively pursued the other candidate, a practice in violation of Illinois' Human Rights Act, the suit alleges:

In particular, when a highly qualified LGBT candidate applied to work as an administrative assistant for Exxon in Illinois, Exxon refused to invite the applicant for an interview and never contacted her about her interest in the position.

"Exxon has repeatedly claimed they do not discriminate," Freedom to Work's president Tico Almeida said in a statement. "We are bringing forward proof they've broken the law, and we're hopeful this compelling case will move them over the tipping point."

Exxon spokesman Charles Engelmann said the company was reviewing the complaint, but denied allegations of anti-gay hiring practices, telling the New York Times in an email: "Exxon Mobil’s global policies and processes prohibit all forms of discrimination, including those based on sexual orientation and gender identity, in any company workplace, anywhere in the world. In fact, our policies go well beyond the law and prohibit any form of discrimination."

But as the Times notes, while many other corporations have been adopting nondiscrimination policies, Exxon has steadfastly refused to do so:

In the latest rankings of such [nondiscrimination] corporate policies by the Human Rights Campaign, a national gay-rights group, many of Exxon's Fortune 500 counterparts got scores of 80 or higher on a scale of 100. Exxon, the nation's largest oil and gas company, became the first firm to get a score below zero.