Three Letters chef Pip Freeman has created a menu around Bluth favorites, such as the cornballer and mayonegg 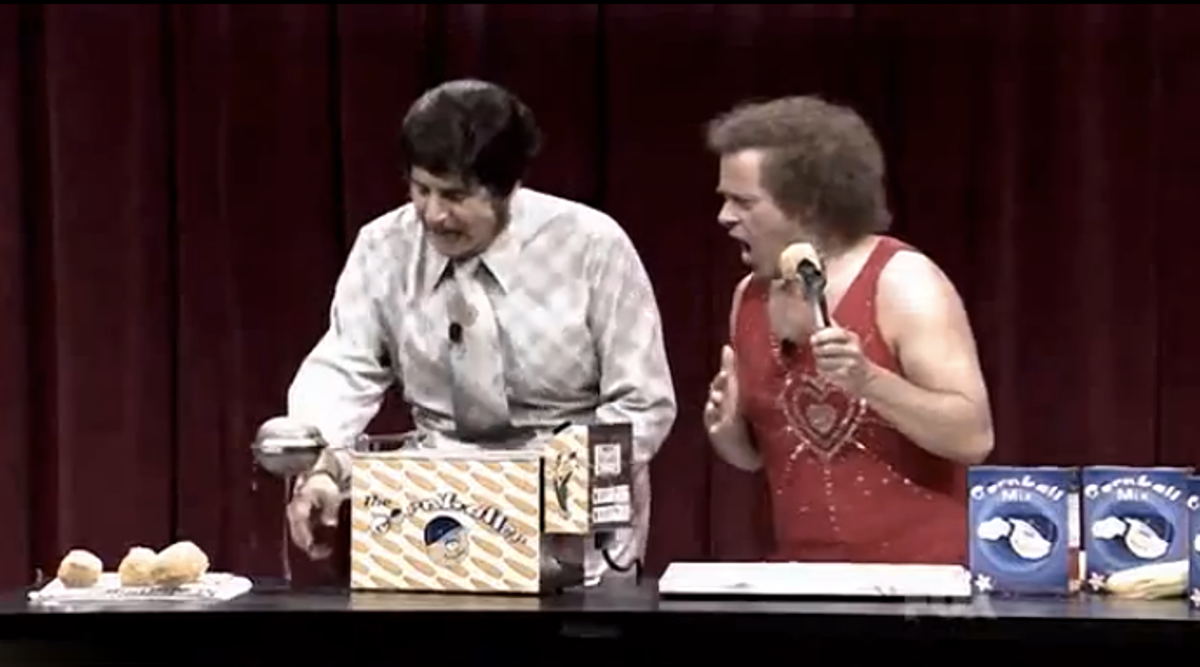 As "Arrested Development" fandom hits a fever pitch in anticipation of the season 4 release on Netflix this weekend, New York chef Pip Freeman has created his own unique homage to the show: an eight-course menu around the running food gags in the cult comedy.

"Most of the jokes are about how bad the food is," Freeman told the Daily News, referring to Lindsay Bluth's "hot water ham" and George Bluth's cornballer machine, among others. "I don't think people expect it to be good," he said.

Freeman assures the Daily News that his menu will taste better than it sounds, however. A portion of the menu, from the Daily News:

Diners can look forward to a Carl Weathers' Stew made from chicken bone broth, a reference to Weathers' cameos on the show as an extreme penny-pinching version of himself. They can also sample Chicken Gene Parmesan with Spicy Club sauce and an Ike and Tina Tuna, Plate or Platter. To wash it all down? A vodka rocks and cracker ("Lucille's Breakfast") or a tall glass of juice. ("Buster's Bender").

The event will take place at Three Letters restaurant on May 26, and costs $45.