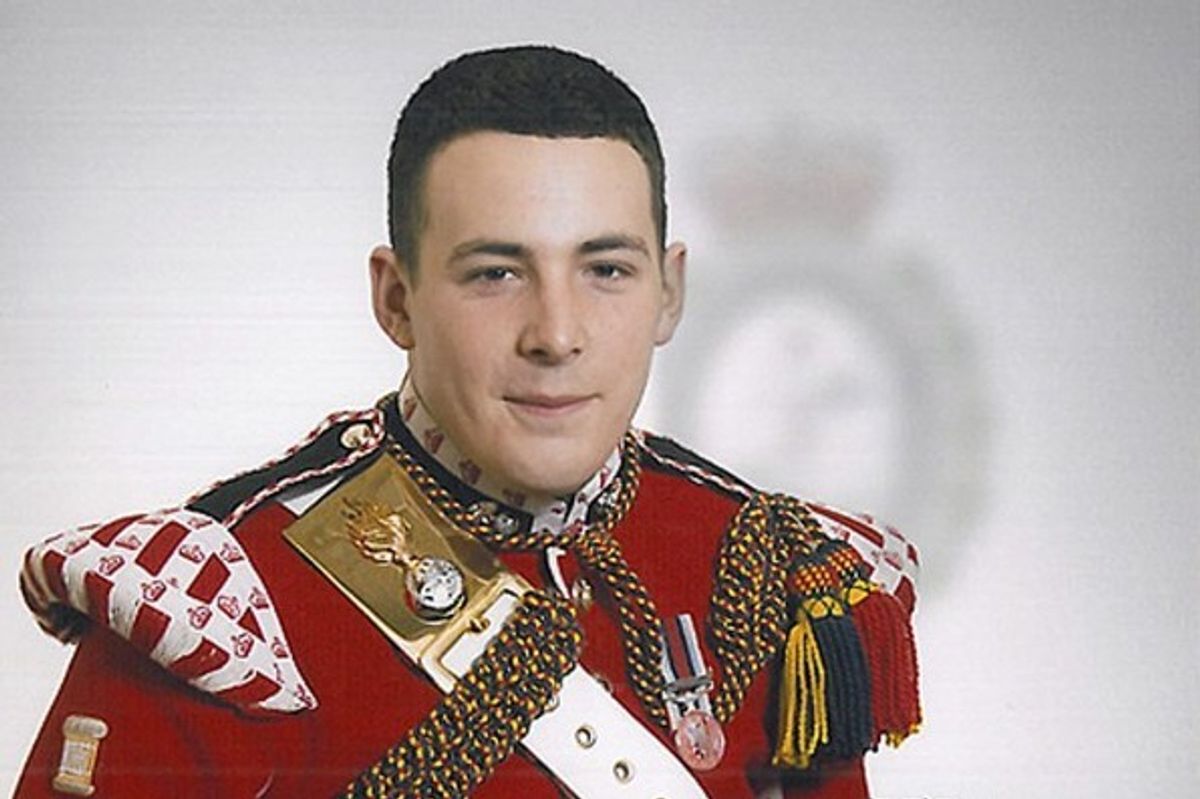 LONDON (AP) — The soldier brutally murdered in a suspected terrorist attack in London was a popular 25-year-old ceremonial military drummer and machine gunner, a father and a passionate fan of the Manchester United soccer team, the British military said Thursday.

Lee Rigby, of 2nd Battalion The Royal Regiment of Fusiliers, who had joined the army in 2006, was posted in Cyprus, Afghanistan and Germany before becoming a recruiter, assisting with duties in the Tower of London.

"All he wanted to do from when he was a little boy was be in the Army," Rigby's family said in a statement issued through the Ministry of Defense. "He wanted to live life and enjoy himself."

The family said that Rigby would "do anything for anybody," always looked out for his sisters and took a "big brother" role with everyone he met.

"He was a loving son, husband, father, brother, and uncle, and a friend to many," the statement added.

Rigby, nicknamed Riggers, was an important member of the Corps of Drums who was known for his good nature and wit, as well as his love of his hometown soccer team, fellow soldiers said. Two men believed to have extremist Islamic beliefs are suspected of attacking and killing him.

"He was one of the battalion's great characters, always smiling and always ready to brighten the mood with his fellow Fusiliers. He was easily identified ... on parade by the huge smile on his face and how proud he was to be a member of the Drums," Warrant Officer Class 1 Ned Miller said in a statement issued by the defense ministry. "He would always stop for a chat just to tell me Manchester United would win the league again."

The ministry said Rigby had a 2-year-old son, Jack.

"His loss will be felt across the battalion, but this is nothing compared to how his family must be feeling at this difficult time," said Capt. Alan Williamson, the adjutant of the 2nd Fusiliers in the statement.

A small group of mourners gathered Thursday at a church in Woolwich near where Rigby was killed to remember him. The Rev. Christopher Chessun said he had come to show solidarity with members of all faiths shocked by the killing.

Help for Heroes, a military support charity, said it was working hard to keep up with the many people who were showing their solidarity by buying T-shirts and hoodies.