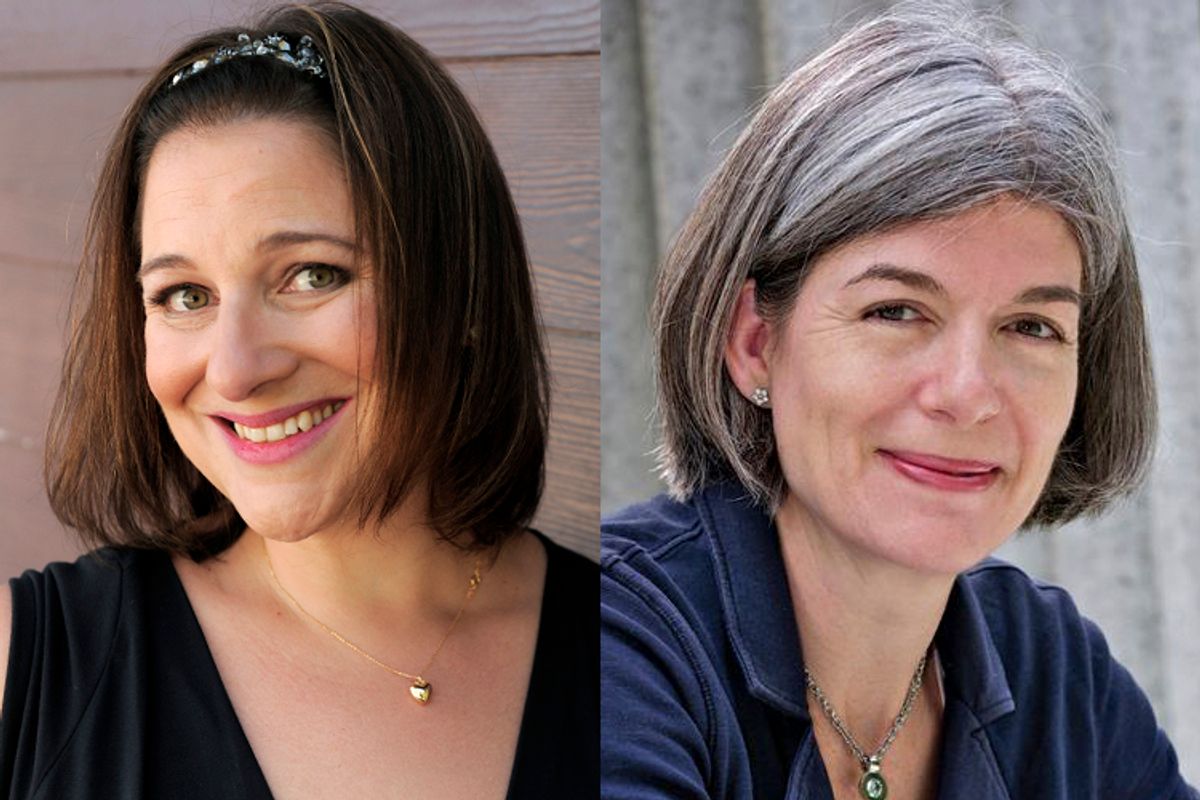 Jennifer Weiner, the best-selling author, wrote an essay for Slate this week raking Claire Messud over the coals for recent statements Messud made in an interview with Publishers Weekly, pegged to her new book "The Woman Upstairs." Messud had spoken out forcefully in defense of unlikable characters after her interviewer told her that "I wouldn't want to be friends with Nora," the novel's protagonist:

Weiner refers to Messud's own anger in reality-TV terms -- "literary novelist Claire Messud went all Jersey Housewife" -- and seems to see in Messud's remarks a bias against the kind of books she writes, novels that are sometimes derisively referred to as "chick-lit."

What bothers me about this latest flare-up is that it feels like just one more way for literary women writers to dismiss commercially successful women writers. [...] Calling a novel’s characters the L-word doesn’t just imply that the author in question is writing like a girl; it hints that she is writing like the wrong kind of girl—a dumb, popular, easy girl.

To be fair, based on the books and authors Messud names, she doesn't seem to have been talking about "commercial" fiction at all. But this isn't the first time that Weiner has cannily tilted a conversation on its axis to ensure her issues -- and sometimes her books -- are at the center of a debate. Here are some of the highlights:

Shortly after Egan won the Pulitzer Prize for her novel "A Visit From the Goon Squad," she told the Wall Street Journal that she was dispirited by some of the fiction out there for women.

There was that scandal with the Harvard student who was found to have plagiarized. But she had plagiarized very derivative, banal stuff. This is your big first move? These are your models? I’m not saying you should say you’ve never done anything good, but I don’t go around saying I’ve written the book of the century. My advice for young female writers would be to shoot high and not cower.

Weiner took to Twitter to ask why Egan chose to "pause, mid-victory lap"; she also noted that Egan "does chummy NYT podcasts" and that she was "conflicted" about Egan's win overall. Before Egan even won the prize, Weiner noted in the Tournament of Books that choosing between "Goon Squad" and "Freedom" (by another bête noire, Jonathan Franzen) was "like 'Sophie’s Choice,' if Sophie hated both her kids. Worse, neither book was any fun." (She ended up voting for Egan, "because if Franzen takes the prize, then the terrorists win.")

Egan has apologized, and Weiner later wrote on her website: "I actually don’t have a problem with her."

After noticing that Franzen was getting much attention from critics and editors upon the release of "Freedom," Weiner and Jodi Picoult began a meme, "Franzenfreude," devoted to calling attention to that perceived over-coverage, particularly in the New York Times. Many, many editors got involved (it's summed up well here), and it ended up having very little to do with the quality of Franzen's writing or any of his particular public statements (as Weiner herself admits) -- and much more to do with using him as a test case to demonstrate that "commercial fiction" of the sort Weiner writes isn't reviewed as frequently as is "literary fiction" of the sort Franzen writes. Though she says, "I don’t have a problem with Jonathan Franzen – especially now that he’s made peace with Oprah," she did write in the Tournament of Books: "'Freedom’'s characters range from loathsome to despicable, with the author’s contempt dripping from every sentence." Guess she really does read to find likable characters!

Wolitzer's statement in Salon that a "kind of disturbing trend is fiction about and by women who the reader is meant to feel 'comfortable' around – what I call slumber party fiction – as though the characters are stand-ins for your best friends," predictably raised Weiner's hackles.

"It's disappointing that a serious woman writer's efforts to be taken seriously seem to inevitably have her turning up her nose at other women's work," wrote Weiner on her blog.

Weiner submitted a piece about Philadelphia for the New York-centric Talk of the Town section. Despite the fact that she spent "three hours honing single-paragraph pitch letter," the piece was rejected. On her blog, she wrote the potential pitcher ought to "Convince yourself you didn’t want to write for those snobs anyhow." She implies that she was rejected on the basis of her looks twice, noting that a "Female Writer of Popular Fiction who Does Not Look like Nell Freudenberg [sic]" would have an uphill climb and joking that a "Talk of the Town assistant is twenty-two-year-old Brown graduate with size zero leather miniskirt and degree in semiotics who automatically shuns any book or short story with actual plot and unambiguous ending."

After New York Times Magazine interviewer Andrew Goldman asked the actress Tippi Hedren if she'd ever considered pursuing the lecherous advances of Alfred Hitchcock, Weiner baited Goldman, claiming on Twitter that Goldman accusing actresses of sleeping their way to the top was a "tradition." Goldman responded in an especially crass manner (the exchange lives on here) and ended up suspended from his column.

Since then, Weiner has become a sort of honorary Times ombudsman, taking the newspaper to task for featuring writers of buzzed-about literary novels (like that of Teddy Wayne, a particular bugbear of Weiner's) multiple times in their pages. (This isn't a new pattern.) The newspaper's public editor, Margaret Sullivan, quoted Weiner about author Nathaniel Rich's recent mentions in the paper (two reviews and a Styles feature): "Obviously, the more times and the more places a book gets mentioned, the better," Weiner said. Sullivan concluded that the existing manner of assigning book reviews was pragmatic.

Dunham told the Times -- that old frenemy of Weiner's -- that she didn't care for "airport chick-lit" featuring "a cartoon woman’s torso on the front or a stroller with a diamond on it." Weiner alleged to the Daily Mail that her book "Good in Bed" may have made "Girls" possible "in some teeny, tiny way" (HBO's president had championed Weiner's novel) and she found Dunham's statement "tacky." Weiner said she does not plan to watch "Girls."

On her website, Weiner pointed out that Dunham was wrong on the particulars ("I actually poked around the Internet for a while, and couldn’t find a single book with a stroller with a diamond on it on its cover. Strollers, yes. Diamonds, yes. Strollers with diamonds? No"). She also had a strongly worded message indicating that in life as on the page, she's looking for sympathetic characters:

I also feel that, given the well-documented difficulties women have getting their books on the shelves, their shows on the air, the work on the op-ed pages of big newspapers and important magazines, women writers should at least try to support one another.