In his SOTU address, Obama noted infrastructure "badly in need of repair” 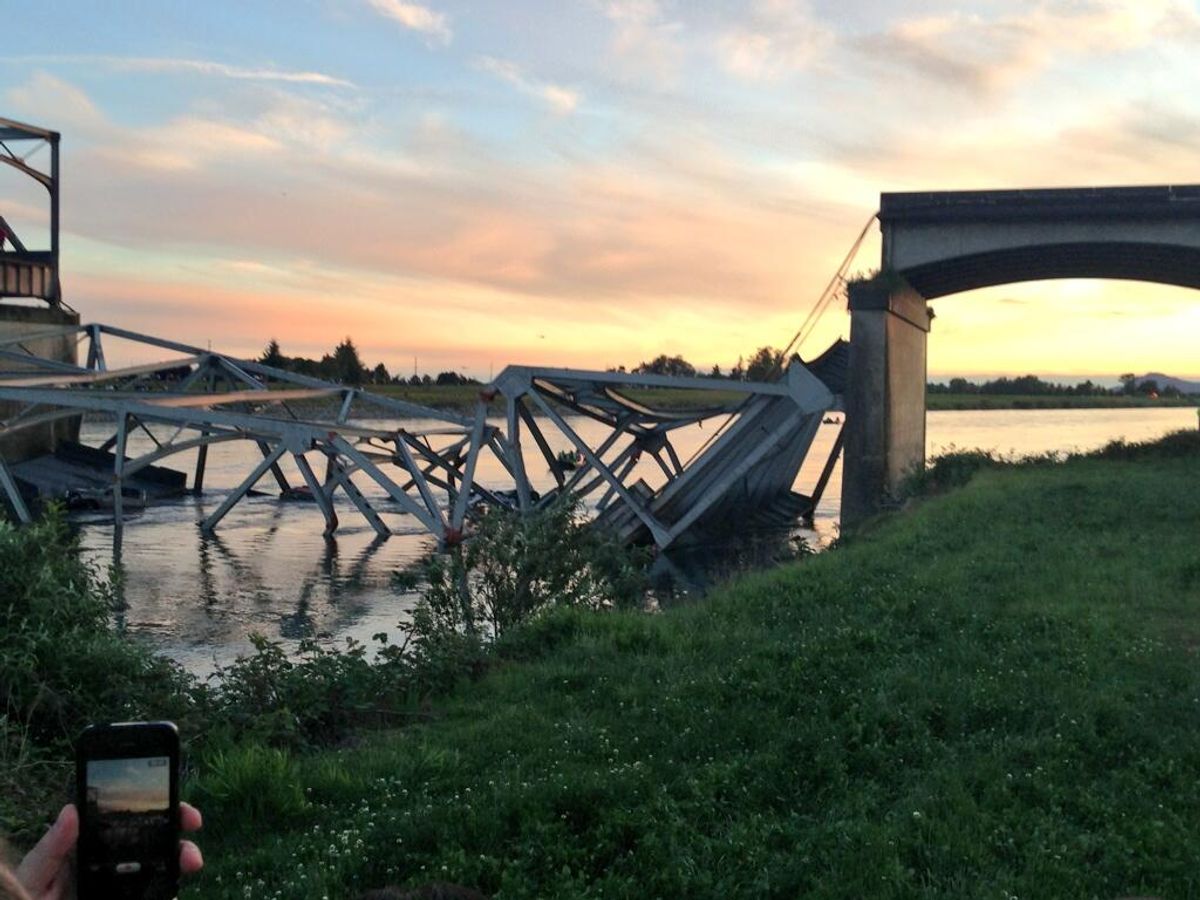 In his February State of the Union address, President Obama called for $50 billion in new spending on “an aging infrastructure badly in need of repair.” The I-5 bridge collapse in Washington state Thursday evening calls attention to an all-too neglected infrastructure in the context of decade of expensive war-waging.

According to AP analysis the collapsed bridge, built in 1955, was not considered "structurally deficient" but is listed as being "functionally obsolete" - "a category meaning that the design is outdated, such as having narrow shoulders and low clearance underneath, according to a database compiled by the Federal Highway Administration."

According to a 2012 Skagit County Public Works Department report, 42 of the county's 108 bridges are 50 years or older. The document says eight of the bridges are more than 70 years old and two are over 80.

Washington state was given a C in the American Society of Civil Engineers' 2013 infrastructure report card and a C- when it came to the state's bridges. The group said more than a quarter of Washington's 7,840 bridges are considered structurally deficient or functionally obsolete.

Conservative site NewsMax noted that hundreds of bridges across the U.S. are rated lower than the bridge that collapsed on Thursday:

There are about 18,000 so-called fracture-critical bridges nationwide, of which about 8,000 are classified as “structurally deficient,” according to Federal Highway Administration records reviewed by Bloomberg News last year.

Bridges rated structurally deficient require “significant maintenance and repair to remain in service and eventual rehabilitation or replacement to address the deficiencies,” according to the American Association of State Highway and Transportation Officials.

The Federal Highway Administration (FHWA) estimates that to eliminate the nation’s bridge deficient backlog by 2028, we would need to invest $20.5 billion annually, while only $12.8 billion is being spent currently. The challenge for federal, state, and local governments is to increase bridge investments by $8 billion annually to address the identified $76 billion in needs for deficient bridges across the United States.