How Dan Savage lost it

"When I was 15, I lost my virginity to my older brother’s ex-girlfriend. The point was to prove it to my family" 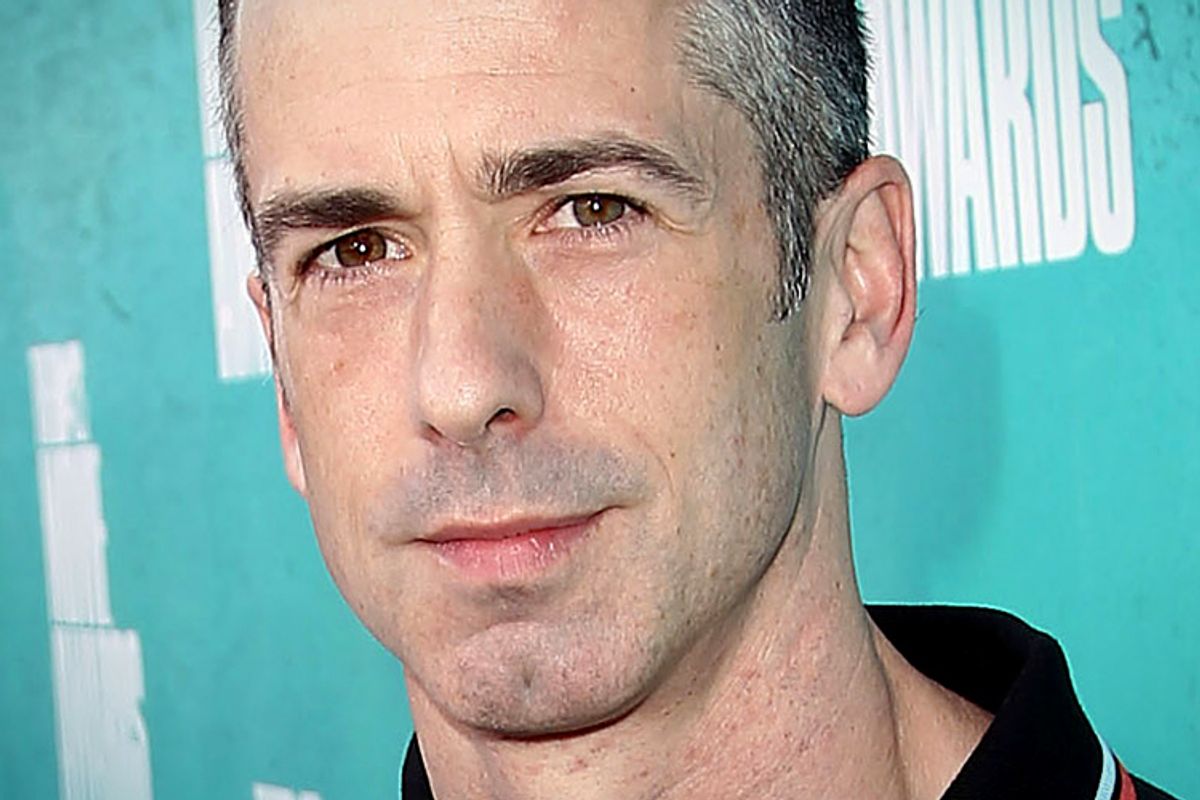 Famous for his Savage Love column, Dan Savage has a new book of essays, "American Savage," published this week. In this excerpt from a short biography of Savage (available here), we learn about Savage's Catholic childhood, his loss of his virginity (to a girl!) and how he came to write his famous sex-advice column.

Even in childhood, Dan Savage was learning how to negotiate the straight and gay worlds. He was born in Chicago in 1964, so his earliest memories coincide with the birth of gay liberation. Gay life in the big cities was about to pass from being secretive to being flamboyant. As if sniffing the change in the air, Savage accepted his homosexuality early, at least by 1970s standards. “I was 12, maybe 13,” he tells me when I visit him in Seattle. “Both of my brothers wanted to be in Boy Scouts and run riot and run around and beat shit up, and I wanted to sit home with my mom and bake. At four.”

Savage’s mother was a homemaker, and his father, a Chicago-Irish cop, patrolled the rough Area 6, which in the 1960s was the gayborhood before gayborhoods were trendy and chic and Starbucked. The elder Savage was not a mean guy nor a particularly bigoted one, but he believed the worst about gay life. “All he saw of gay life was squalid,” Savage says. Yet while neither of Savage’s parents had positive feelings about gay life — almost no parents did back then — they did not evince the kind of homophobia that drives a son deep into the closet.

Like many boys being raised Catholic, Savage inhabited a world that was officially, and sometimes enthusiastically, anti-gay. For his freshman and sophomore years of high school, Savage attended the all-male Archbishop Quigley Preparatory Seminary — “hell on Rush Street,” Savage once called it in an essay for the Chicago Reader. “Most — not all — of the teachers were assholes and, as in any environment where closet cases are overrepresented (the Catholic church, the GOP, Ultimate Fighting pay-per-view audiences), homophobia was not just tolerated, it was encouraged. Bullying was rampant at Quigley, and I was a target.”

At the time, that seemed to be the only way I could live with other dudes (in something called a "rectory") and dress in drag on the weekends (in something called a "cassock") without breaking both my parents’ hearts … So I was never a fully blown seminarian. I wasn’t even a briefly fondled one. (Catholic grade schools, Catholic high schools, altar boy, receptionist in rectory, and never once molested — forgive me, father, but what am I? Chopped liver?) But I was, when I showed up at Quigley on my first day of high school, very seriously thinking about the priesthood. That serious contemplation lasted, oh, about six weeks.

Savage eventually decided that “getting beat up by boys I wanted to blow me was no fun.” He engineered his own expulsion by setting off firecrackers in his locker, then transferred to another Catholic school for one year before graduating from public high school.

Meanwhile, he was making ambitious strides toward straightness. “I met women through my older brother,” Savage says, when I ask about his early dating life. His brother Billy, two years older, now teaches English at Northwestern University, outside Chicago. “He was involved in sci-fi fandom and the Society for Creative Anachronism” — the SCA sponsors those Renaissance Faires where people dress up in old-timey garb, and like most insular or ostracized subcultures, SCAers can be quite randy amongst each other. Put another way, nerds fuck.

I tried going to sci-fi cons with him and SCA events with him, and met women who would have sex with gay boys. When I was 15, I lost my virginity to my older brother’s ex-girlfriend. The whole point was to prove it to my family. That it was her, and making sure everybody knew, it bought me time. They were worried I was gay, so they were a little thrilled — worried I was sexually active at 15 but pleased that it wasn’t a male waiter.

Savage had his first boyfriend when he was 17 years old, and the boyfriend was 29. That was the man who gave Savage his first public kiss, in a Chicago gay bar called the Bushes; that man was, Savage wrote in Slate, “wrong for me in more ways than I could possibly cover in this space.”

After high school, Savage attended the University of Illinois at Champaign-Urbana, where he majored in theater and met his second boyfriend, the son of the chairman of the English department. After graduation, the boyfriend moved to West Germany to study arts management, and Savage joined him in West Berlin in 1989. “It was really the highlight of my life,” Savage says. I don’t believe him — in the years since, he has met his husband, adopted a son and become very famous. Still: “I was there the night the wall came down. We were in Prague the night the government fell.” They were in Europe for a year and a half, long enough for Savage to acquire the basic continental skills. “We had sex-and-supermarket German — you could get groceries and get laid but that’s it.”

The boyfriend got a job back in the United States. They moved to Madison, Wisconsin. The job was supposed to be temporary; the relationship was supposed to be forever. The boyfriend traveled a lot for his new job, and Savage stayed in Madison, where he worked in a video store. He became friendly with Tim Keck, a co-founder of The Onion, the satirical newspaper. Keck and his partner had just sold The Onion, and after a bit of market research, he decided to move to Seattle to start a new alternative weekly paper. The reigning alt-weekly in Seattle, the Seattle Weekly, was not very alt — it was ignoring the grunge scene being born in the city it was supposed to cover — and Keck thought he could do better. Before they headed west to start what they would call The Stranger, Savage, the witty gay kid behind the video counter, said their paper should have a sex-advice column.