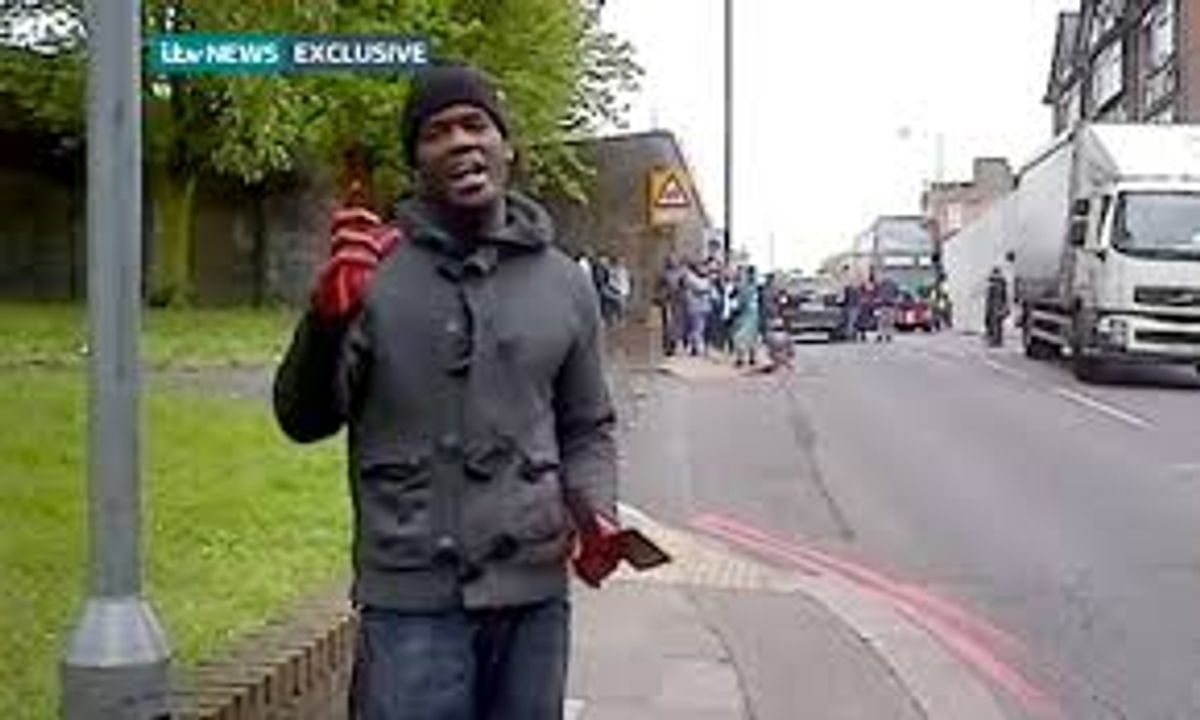 British on Saturday arrested three more suspects in connection with the savage killing of an off-duty soldier that has raised fresh concerns about terrorism.

Scotland Yard said counter-terrorism officers arrested two men, aged 24 and 28, at a residential address in southeast London. A third man, 21, was arrested separately on a London street at the same time.

They said they used a stun gun on two of the suspects. All three were detained on suspicion of conspiracy to commit murder.

Officers have already detained several others in connection with the murder of 25-year-old soldier Lee Rigby, who was hit with a vehicle then repeatedly stabbed with knives while walking outside the Royal Artillery Barracks in the Woolwich, south London, on Wednesday afternoon.

The horrific scenes were recorded on witnesses' cellphones, and a video has emerged in which one of the two suspects made political statements and warned of further violence as the dead soldier lay on the ground behind him.

The two main suspects, aged 22 and 28, were shot by who arrived at the scene minutes later. They are under guard in two separate hospitals.

Three other people were arrested Thursday in connection with the probe. Two women were released without charge, and a 29-year-old man has been bailed pending further questioning.

Another man was arrested on suspicion of unspecified terrorism offenses late Friday immediately after he gave a BBC interview detailing the background of one of the main suspects. The man, identified by the BBC as Abu Nusaybah, was arrested on BBC premises and remains in custody.