Come ogle with us

Our Sauron-like surveillance state never stops spying on us. Help us catch it in the act -- and earn a reward! 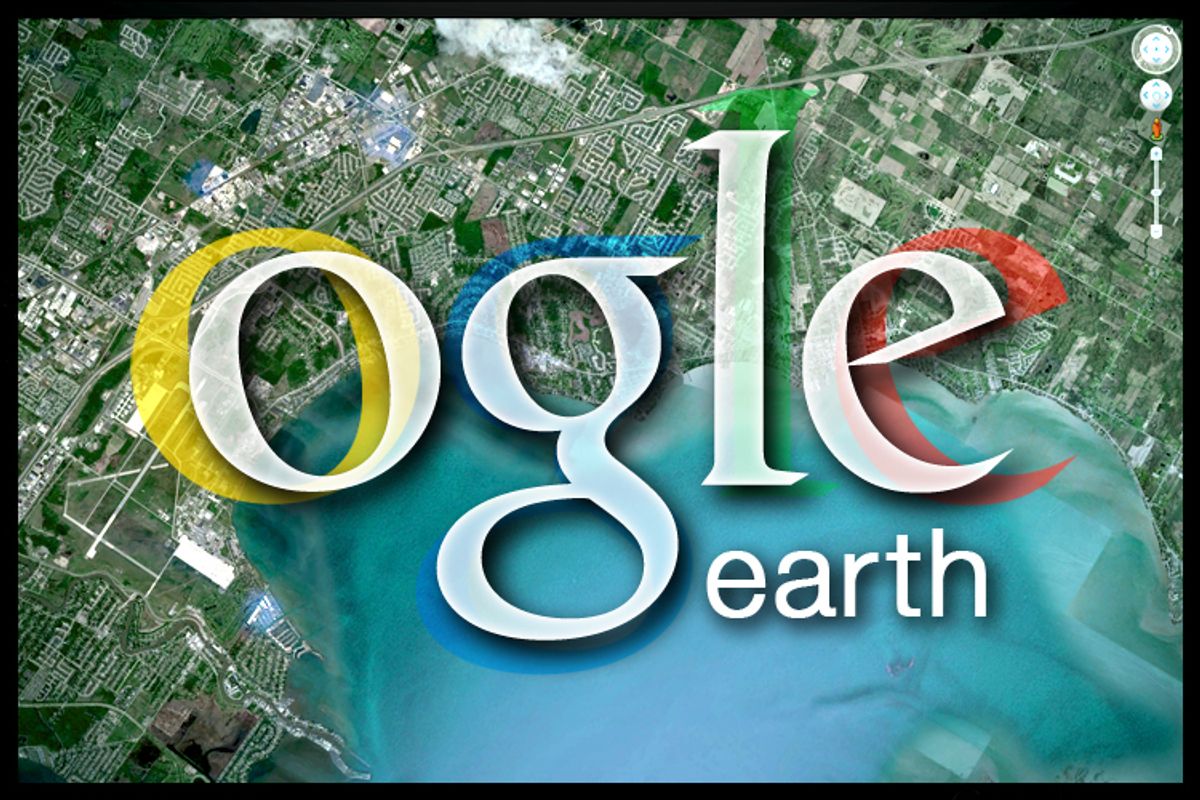 Google Street View offers a frozen picture of the world. While the search giant's tool gives the illusion of looking at the world in real time, users are in fact sifting through a vast patchwork of photographs -- a topography of still frames, captured by a fleet of roaming, camera-equipped vehicles. The cameras have captured sexual encounters, extramarital affairs, trips to strip clubs, drug deals, carjackings and public urination. Inadvertently captured, these moments now live on indefinitely. As such, Google's project is just one among a host of mechanisms illustrating that, at any given time, pretty much any activity can be surveilled and recorded without permission or even knowledge.

The CIA's tech chief Gus Hunt recently said that: “The value of any piece of information is only known when you can connect it with something else that arrives at a future point in time. Since you can't connect dots you don't have, it drives us into a mode of, we fundamentally try to collect everything and hang on to it forever.” The cybernetic time hailed in Richard Brautigan's 1967 "All Watched Over By Machines of Loving Grace" has come, just without the loving grace.

To illustrate Hunt's haunting point about total surveillance and storage -- and to have some fun with it -- we're turning to you, Salon readers, both the subjects and objects of our surveillance society. What's the most astounding, surprising, invasive or just quirky thing you can find using Google Street View? Browse Google Earth and see what you can see, watching the world like machines of loving, prying grace. Send us the most shocking, fascinating, interesting image you find. We'll pay $200 for our favorite original (not previously discovered) images and showcase your finds in an upcoming feature.

Here's what to do: As Gawker reported in 2010, "When 11-year-old Reuben Soames searched for his family's address on Google Maps, he was just looking for a picture of their home. He ended up finding a man apparently in the midst of stealing his family's caravan": A man fighting A BEAR: These terrifying children in Mexico: A building that appears to be exploding with a milky substance (but which actually is probably just bird poop obstructing Google's camera): An arrest in progress: Even Waldo will be found under Google's omniscience: