No holidays or parades for homeless women veterans

Meet America's fastest growing homeless population. The harrowing stories of women who served -- and were forgotten 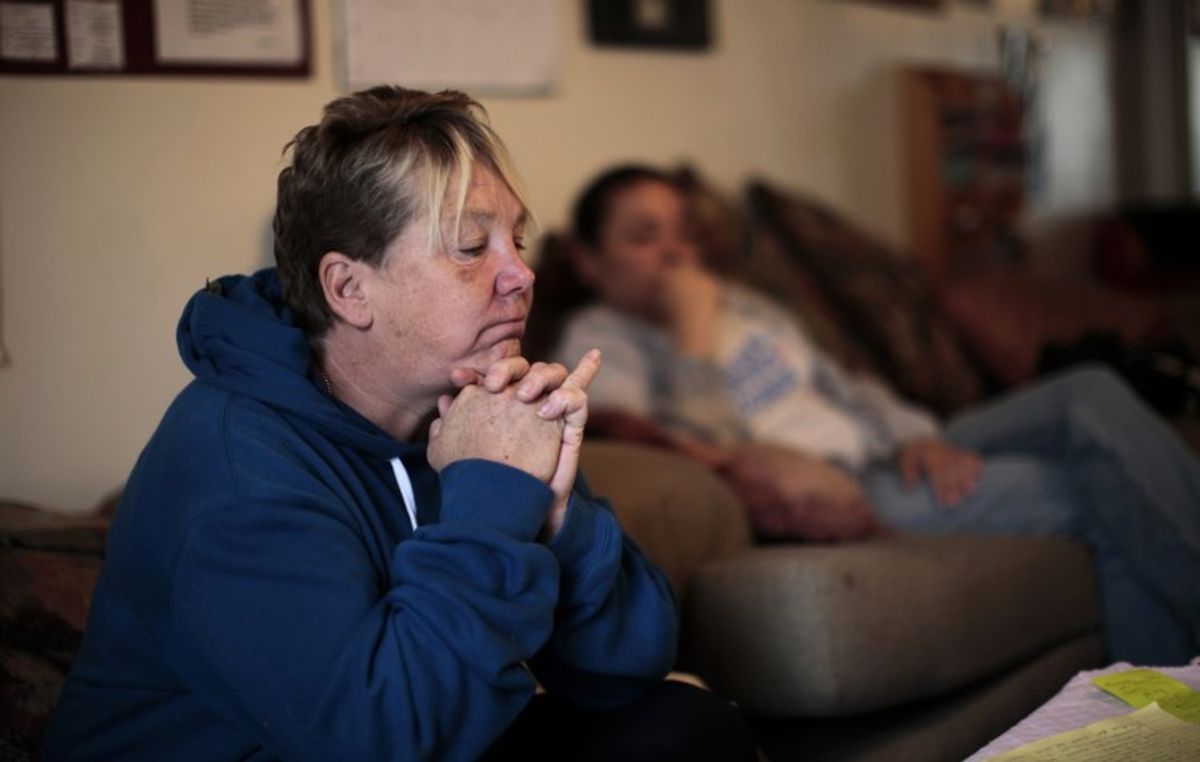 As we rightly commemorate those who perished while serving in the Armed Forces today, another group of veterans is getting little attention, and its numbers are swelling: homeless women veterans. In fact, while the problem among male veterans has dropped, homelessness among women veterans has risen sharply. It may come as a surprise, but women veterans are the fastest growing homeless population in the nation.

I recently completed production of a documentary, War Zone / Comfort Zone, in which I followed the story of two women -- one of them a Gold Star mother -- who fight to establish Connecticut’s first transitional, supportive house for women veterans. The women and their allies faced neighborhood opposition in several towns, and establishing a home with fifteen beds for women veterans and their children took more than four years. (A house in Delaware is currently facing a similar response.)

I also followed women veterans as they struggled to create stability for themselves and their families in the wake of war and trauma. Too many veterans -- especially women -- are falling into homelessness in record numbers and in record time.

Gladys is one who has struggled with homelessness and depression since she returned from Iraq. She is a funny, resourceful and generous person who grew up in a Colombian immigrant household in the Bronx. Gladys initially joined the Air Force to see the world and better herself -- a pioneering move in the 1970s. She settled in Connecticut and worked for the U.S. Postal Service, and remained in the reserves for twenty years.

When Gladys turned forty, she wanted to challenge herself again and decided to join the Army Reserves, serving two tours of duty in the Iraq War. She suffered a traumatic brain injury and serious spinal damage, and spent a year recovering at Walter Reed Medical Center.

While in the hospital, she lost her house in a real estate deal gone bad. She returned to Connecticut, homeless, devastated and dependent on a walker.

"Every night I ended up finding a different spot," Gladys said. She lived in her car and, unable to get the help she desperately needed, tried to commit suicide. She ended up sleeping on her ex-husband’s couch for a while, but they’ve since been evicted.

Gladys had difficulty engaging in treatment, because she found the male-dominated environment at the Veterans Administration alienating. "These groups I was attending at [the VA], most of the time, I was the only female," she said.

Women make up 14 percent of active duty service members and about 20 percent of the National Guard. Despite their significant numbers, when they come home they’re often returning to communities that are ill-equipped or unwilling to deal with their needs.

Stories like Gladys’s are all too common. Women veterans face a dense constellation of issues: low wages, a lack of childcare and family housing options, inadequate gender-specific services at the Veterans Administration and Post Traumatic Stress Disorder from combat and Military Sexual Trauma.

“You come out of the Afghan or Iraqi war, as an American woman veteran, at a time when the housing market is terrible, the banks don't trust you, and its hard to get a job, and you've experienced mental health issues as a result of what happened you in the military,” said Dr. Cynthia Enloe, a professor at Clark University and author of Nimo’s War, Emma’s War. “It's not any wonder that there so many women veterans now who are really suffering the loss of housing.”

Military Sexual Trauma is a common thread in the stories of women who become homeless after returning from service. A recent study by Dr. Donna L. Washington of the UCLA Medical Center and the VA of Greater Los Angeles, estimates that just over half of homeless women veterans were victims of sexual assault. Then, after they serve, they're faced with a supply of housing for them that remains woefully inadequate. This is all happening as the ranks of women in the military grows and grows.

Lauren, who served as a military police officer, recalled what her commanding officer told her when she reported being drugged and raped by a member of her unit: “You’re just about to stir a pot of shit that we’re just not willing to deal with right now.” After leaving the service, Lauren was able to move back in with her parents.

Caroline, another veteran, had planned to spend her entire career in the military -- until she was raped by two fellow soldiers that she had considered friends. As a result she struggled for years with alcoholism and homelessness, and hated the idea of going to the V.A. for help.

“It’s almost like coming back to your very rapist and saying help me. Even though they’re not the actual rapist, they represent them because that’s who they protected,” she said. Caroline eventually found a welcoming V.A. center and went through an in-patient treatment program, but still had nowhere to live.

“They have all sorts of different transitional housing they can offer the male veterans.... and they didn’t have any place for me to go. So for me to get treatment and just be put out on the streets... it’s like you get treated for frostbite and they’re going to throw you back out in the snow," she said. "And it actually was snowing. It was January, It was pretty cold.”

Lizzie Warren is a writer and filmmaker living in Brooklyn, New York. Her newest documentary, War Zone / Comfort Zone, produced with Connecticut Public Television, is airing on PBS stations across the country.