There are many ways to serve your country. Holiday should also include first responders, and others who died for us 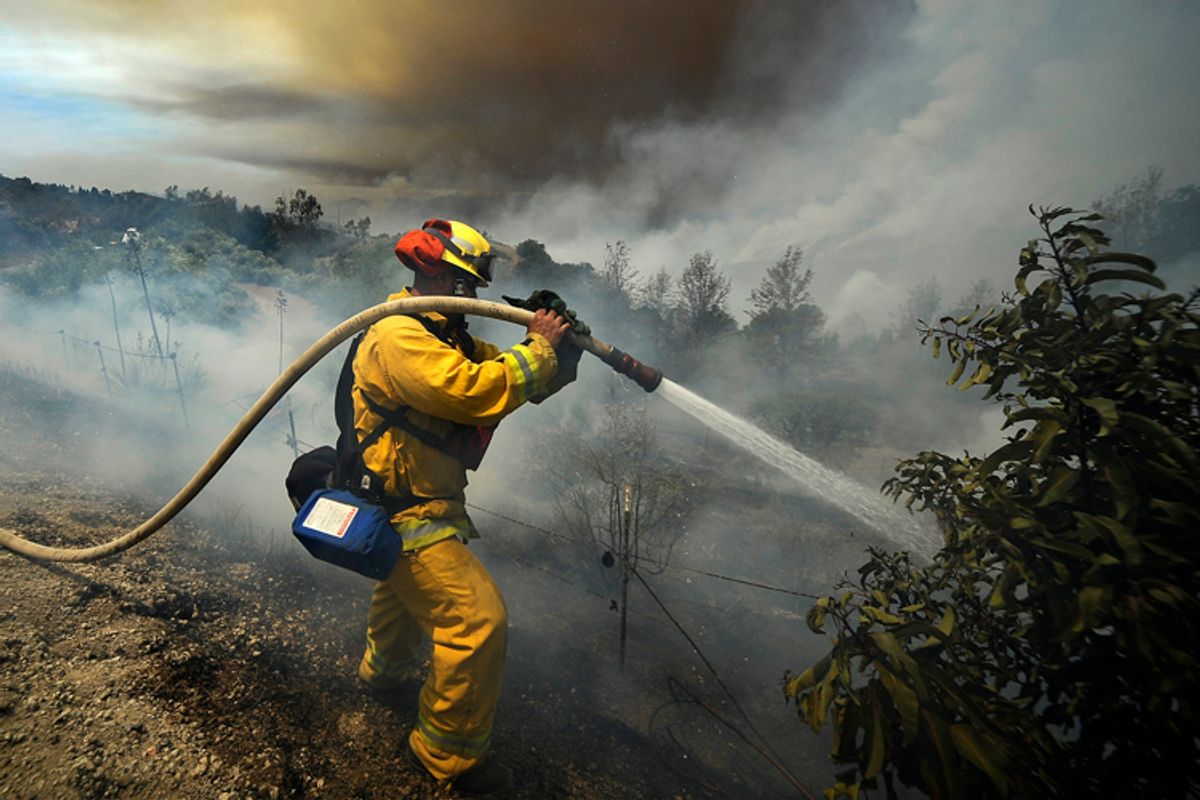 I am the grandson of a veteran, and so among other things, Memorial Day brings up early childhood memories of my dad's dad telling me about his public service in the military. While he gave me kid-friendly versions of his recollections, I was just old enough to vaguely understand his allusions to the injuries, casualties, lost friends and the trauma he likely experienced while serving overseas in World War II. Those allusions to the downsides of war - downsides that are too often glossed over in our sanitized recollections of World War II - gradually informed the way I came to see Memorial Day as a sacred moment to honor those who lost their lives in service to America.

In recent years, though, I have found our national celebration of Memorial Day lacking because while I am indeed the grandson of a soldier, I am also the son, son-in-law, nephew and friend of many other kinds of public servants. Through their civilian work, I have come to understand public service as something much more than only military service. Trouble is, while there may be a few lower profile days meant to honor their service, these public servants are not included as part of the high-profile Memorial Day - even though they should be.

Remember: Memorial Day is not supposed to be a national excuse to have a barbecue in celebration of the kickoff of summer - it is supposed to be about honoring those who lost their lives while serving in the armed forces. A holiday of such significance - including a designated off day for many workers - is more than warranted. Regardless of the judgments we might make about whether particular wars are just, smart or necessary, these men and women who lost their lives carrying out the war decisions of our country do deserve to be honored for their sacrifice.

However, it doesn't insult my grandfather or his fallen brothers in arms to point out that the narrowness of the holiday is both painfully outdated and unduly exclusionary - the latter in a way that buttresses pernicious ideological judgments about different kinds of public service.

On the first point about Memorial Day's scope being outdated - let's remember that in so many ways, our government is telling us that we are now in a permanent state of war (officially deemed "persistent conflict"), one demanding that, as the saying goes, we see "the whole world as a battlefield." If that is true, then it logically follows that soldiers are not the only ones defending our national security - nor losing their lives - on the figurative frontlines. On the contrary, if this is truly a boundary-less war against all kinds of threats, then it stands to reason that our national security is being protected not just by soldiers, but also by police officers, firefighters, first responders, teachers and myriad other public servants.

The best way to appreciate that truism is to take a look at all the civilian public servants who have lost their lives defending the country.

If you do that, you will inevitably run across details of the 412 emergency workers (13 percent of the total fatalities) who died at the World Trade Center on 9/11. You will also probably find names like Stephen Tyrone Johns, Timothy Brenton, Michael Chiapperini and Tomasz Kaczowka. And you may even stumble upon the aggregate statistics showing that in the last decade alone, 1,539 police officers were killed in the line of duty; since 1977, there have been 4,325 on-duty firefighters fatalities; and that, according to The Foundation for First Responders and Firefighters, "Several hundred first responders die in the line of duty every year."

These are exactly the kind of public servants who, along with fallen soldiers, should be remembered on Memorial Day, but who aren't.

One argument against including them is the fact that not all of these public servants are killed trying to protect what America selectively sanctifies as "national security." For instance, some of these public servants are first responders who die running into fertilizer plant explosions. Some of them are public school teachers who die trying to protect kids from being gunned down by mass shooters. Some of them are police officers killed while trying to keep the peace at public events. Despite the fact that these kind of heroic life-risking efforts are the definition of working to secure the country from danger (ie. "national security"), they are simply not seen as "defending America" or "serving our country" or protecting "national security" in the same way martial action is - and so they aren't part of Memorial Day.

That gets to the latter point about today's holiday being unnecessarily exclusionary. In excluding the memories of those civilian public servants killed in the line of duty, Memorial Day seems to be contributing to a larger value judgment about different kinds of public service. Specifically, whether deliberately or inadvertently, it seems to be suggesting that martial service should be automatically held in higher regard than any other kind of public service. In other words, the Orwellian message seems to be: some public servants are more equal than others.

In both cases, politicians are reflecting a country that seems at once happy to whine about "Big Government" and slam civilian public servants as "government bureaucrats" - all while telling pollsters it holds the biggest appendage of "Big Government" - aka the military - in great esteem. Thanks to such a martial culture, few ever stop to wonder why our politics so often distinguishes between civilian and military public service, and then insinuates that one is to be denigrated and the other venerated.

Of course, both sets of public servants deserve America's honor and respect, but only one set of public servants really gets it from our country. That's an enormous political and cultural problem that ends up destructively distorting so much of our country's public policies. However, it can start to be fixed with modest steps - like, say, officially expanding the Memorial Day holiday to include all public servants - martial and civilian - killed in the line of duty.

It sounds small, and for those who see Memorial Day as nothing more than the beginning of summer, perhaps it will mean nothing. But to those of who take the holiday seriously - and especially to those of us with familial connections to both martial and civilian public service - it would send a powerful message that there are many honorable ways to serve one's country, and that losing one's life in one form of national service is no less worthy of remembrance than losing it in any other form of service.