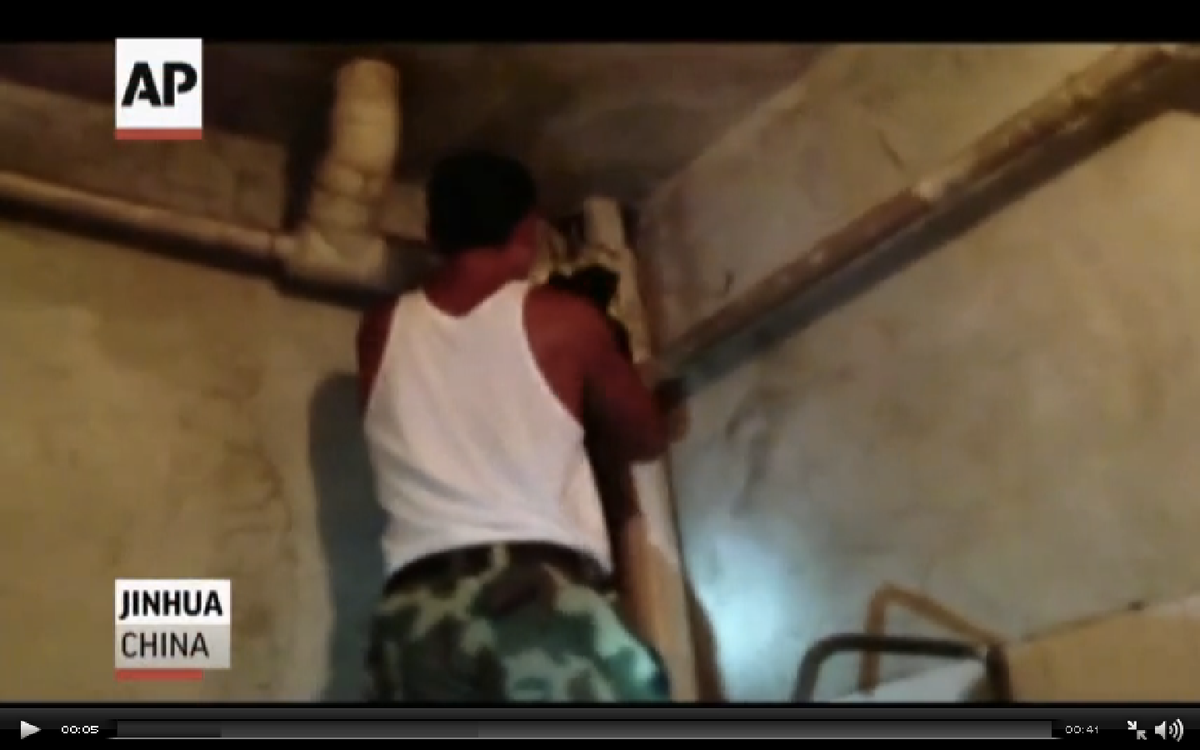 BEIJING (AP) — Chinese firefighters have rescued a newborn boy from a sewer pipe below a squat toilet, sawing out an L-shaped section and then delicately dismantling it to free the cocooned baby, who greeted the rescuers with cries.

A tenant heard the baby's sounds in the public restroom of a residential building in Zhejiang province in eastern China on Saturday and notified authorities, according to the state-run news site Zhejiang News. A video of the two-hour rescue that followed was broadcast widely on Chinese news programs and websites late Monday and Tuesday.

The child — named Baby No. 59 from the number of his hospital incubator — was reported safe in a nearby hospital, and news of the rescue prompted an outpouring from strangers who came to the hospital with diapers, baby clothes, powdered milk and offers to adopt the child.

Police are treating the case as an attempted homicide, and are looking for the mother and anyone else involved in the incident.

The landlord of the building in Pujiang county told Zhejiang News that it was unlikely the birth took place in the toilet room because there was no evidence of blood and she was not aware of any recent pregnancies among her tenants.

The baby was stuck in the L-joint of pipe with a diameter of about 3 inches.

The video shows rescuers sawing out a section of the pipe along a ceiling that apparently was just below the restroom. The rescuers then rushed that section of pipe to a hospital, were firefighters and medics alternately used pliers and saws to rip apart the L-joint and free the baby.

Despites the offers to adopt Baby No. 59, a doctor at the hospital said the boy would be handed over to social services if his parents do not claim him, Zhejiang News said.