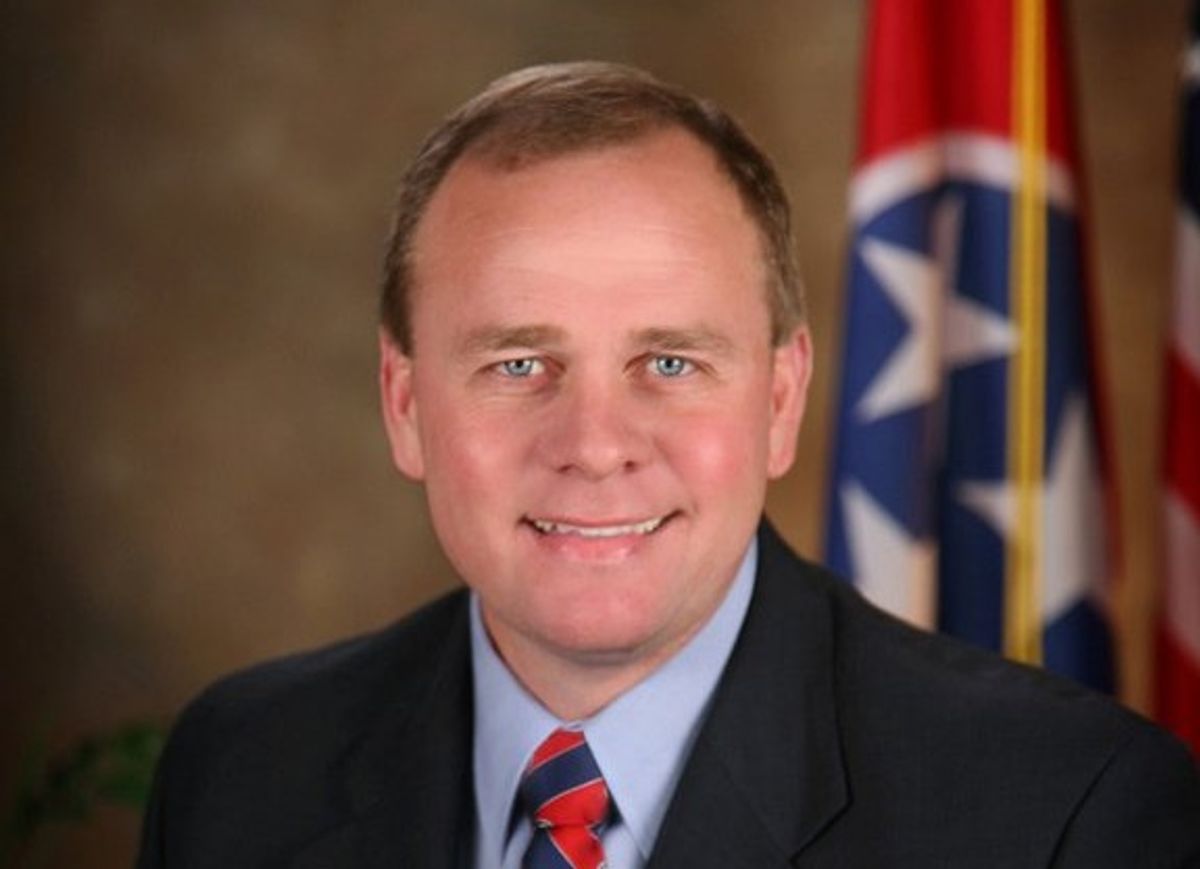 Tennessee Republican Rep. Stephen Fincher provides an excellent case study on why context should never be disregarded when quoting from the Bible.

In recent moves by Congress to slash $4.1 billion or more from food stamps (otherwise known as the Supplemental Nutrition Assistance Program, or SNAP) over the next 10 years, Fincher quoted from 2 Thessalonians 3:10:

For even when we were with you, we gave you this command: Anyone unwilling to work should not eat.

Fincher used this line to prove his point that lazy poor people shouldn’t be depending on the government to feed them. Of course, Fincher and his fellows are worried because SNAP rolls have swelled by 70% since the financial collapse back in 2008, causing the government to spend $80 billion* to feed poor people. But instead of curbing the bankers’ economy-destroying ways or ending their corporate welfare, they seek to take it out of the stomachs of poor people.

And he abuses the Bible to make his point.

This is why context matters and no one, not even lawmakers who claim to be good Christians, should ever use the Bible as a weapon—especially against poor people.

2 Thessalonians was arguably written by the Apostle Paul. Some dispute his authorship, but the main point here is that the letter was written to the people of Thessalonica at a time when an enthusiastic apocalyptic sect had grown up around the early Christian community there.

Because many of the members of this sect believed that Jesus’ return was imminent, they stopped working. They figured why work when Jesus would be back at any moment to sweep us all into heaven?

This work stoppage by otherwise contributing members of their society was causing great hardship among those who were still working, and not surprisingly, they resented their layabout comrades.

Context matters. Fincher is using a verse written for a specific time, a specific place, and specific situation in Thessalonica thousands of years ago to deprive poor families of food today. This is Bible abuse at its worst.

Today’s poor people are not sitting around anticipating the second coming of Jesus to occur at anytime now. Instead, they’ve waited for the government to grow the backbone that is required to get the bankers’ hands out of the people’s treasury and restore jobs and fair wages to America.

To deny them food because of the government’s actions and inactions that helped to put them there in the first place is outrageous—and to use the Bible to justify the theft is beyond the pale.

It’s actually bankers and politicians who are more dependent on government welfare than ever before, like Rep. Fincher whose family has relied on farm subsidies to amass their wealth.

Or perhaps Fincher does knows his Bible... only he’s trying to tell poor people that it will take Jesus’ second coming for them to get any help out of this government.