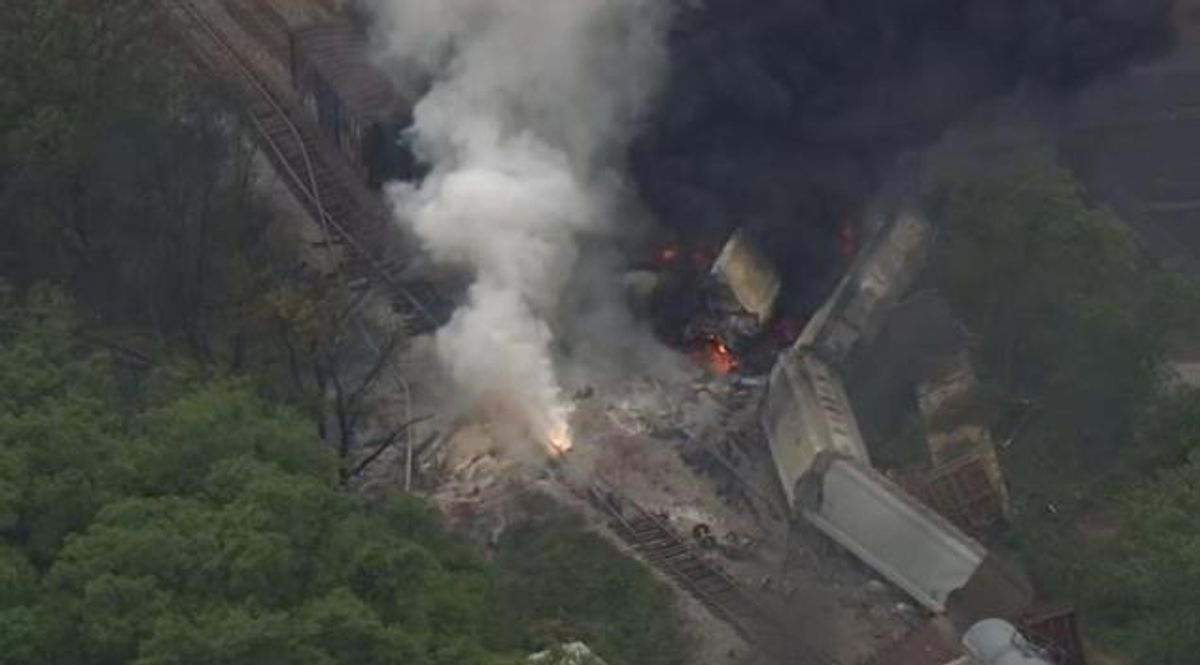 WHITE MARSH, Md. (AP) — Baltimore County fire officials say a train has derailed in a Baltimore suburb and an explosion was heard in the area.

Photos and video on TV stations showed a large plume of smoke rising from the area. At least three rail cars could be seen off the tracks.

Tweets from Baltimore County Police and Fire say several buildings have collapsed at the site and that Hazmat teams are responding.