Vatican: Sorry! Atheists can't go to heaven, after all 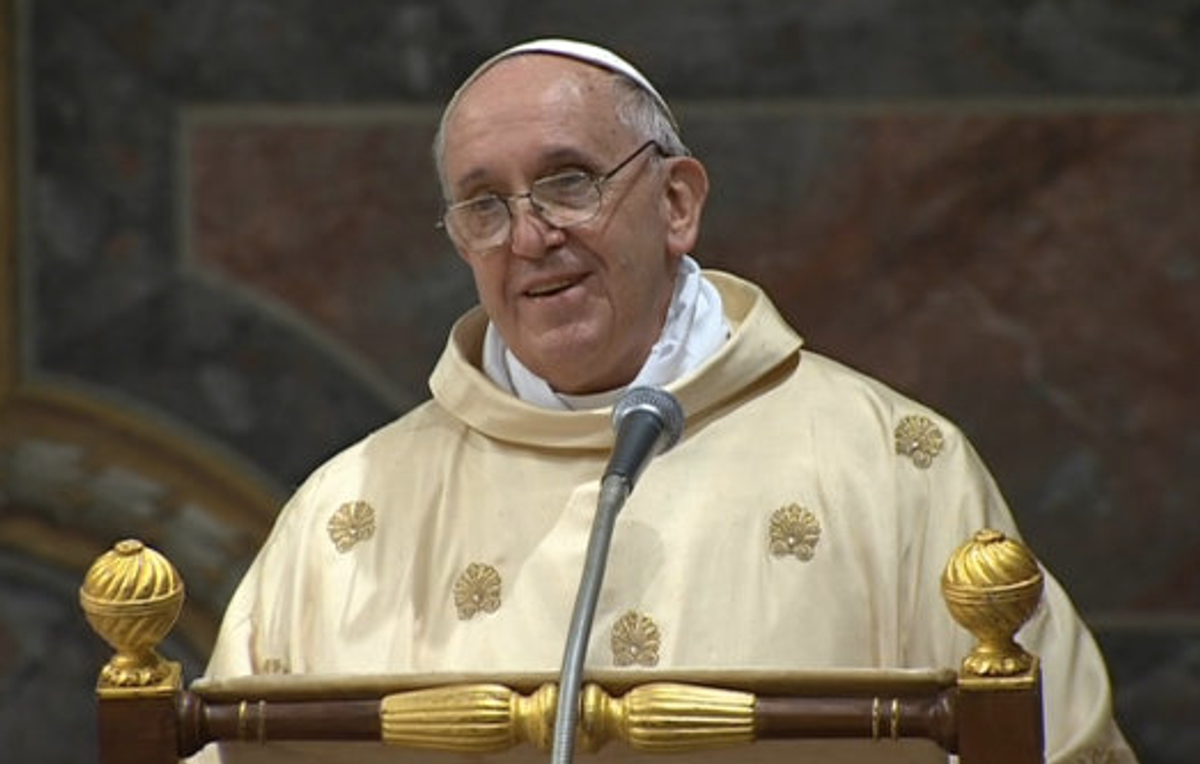 A Vatican spokesperson is walking back remarks Pope Francis made last week suggesting that atheists and people of other faiths who do good deeds are also redeemed "with the blood of Christ," a statement that seemed to contradict Catholic teaching that "outside the church there is no salvation."

After lauding Francis' ability to speak in a "language that everyone can understand," the Rev. Thomas Rosica issued a corrective to the pope's homily and suggested that, basically, people misunderstood the pope.

In a message delivered on Vatican Radio last week, the pope said: "The Lord has redeemed all of us... not just Catholics. Everyone!" Adding, in case there was any confusion: "Even the atheists. Everyone!" In response to the homily, Rosica wrote that, while the pope is a gifted speaker, Francis was not rewriting theological doctrine when he made his inclusive remarks:

Pope Francis has no intention of provoking a theological debate on the nature of salvation through his homily or scriptural reflection when he stated that “God has redeemed all of us, all of us, with the Blood of Christ: all of us, not just Catholics. Everyone!” [...]

This means that all salvation comes from Christ, the Head, through the Church which is his body. Hence they cannot be saved who, knowing the Church as founded by Christ and necessary for salvation, would refuse to enter her or remain in her. At the same time, thanks to Christ and to his Church, those who through no fault of their own do not know the Gospel of Christ and his Church but sincerely seek God and, moved by grace, try to do his will as it is known through the dictates of conscience can attain eternal salvation.