German transport to use drones to catch graffiti artists 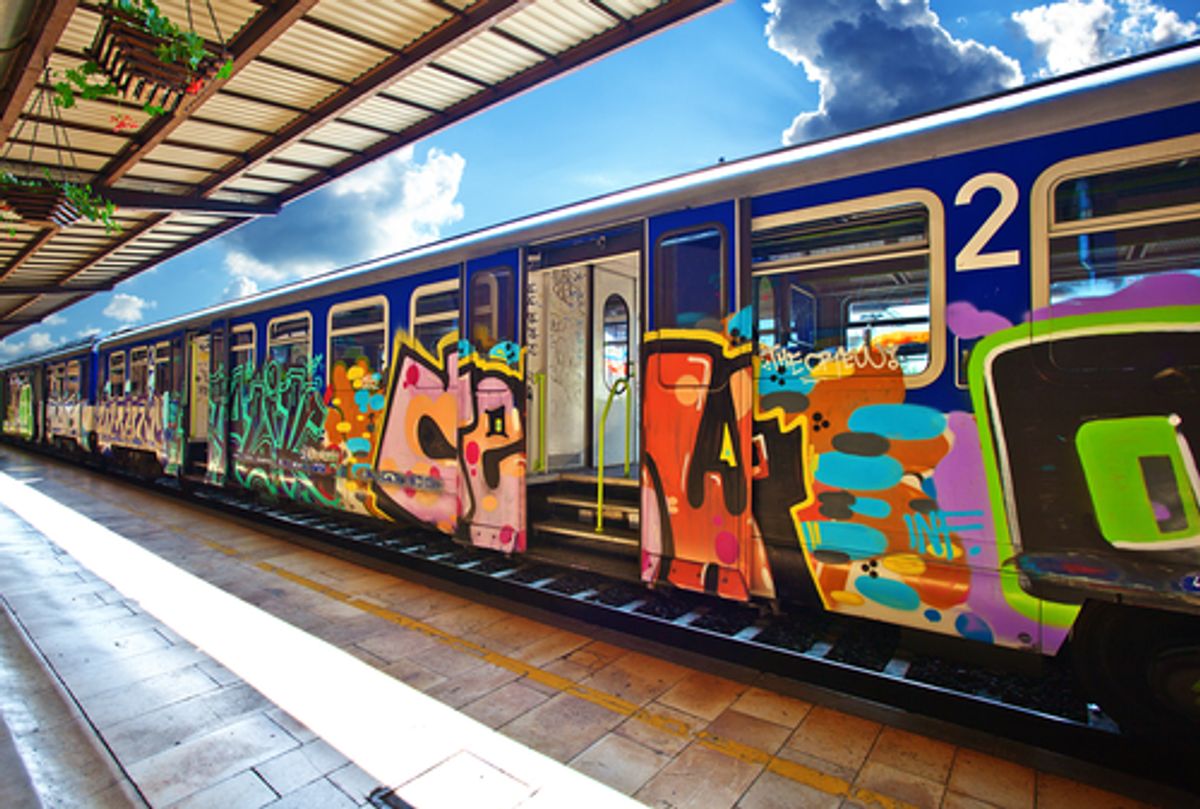 Deutsche Bahn -- the provider of Germany's national rail system -- has plans to use drones to root out graffiti artists using trains and platforms as their canvasses. The rail system claims it will save significant money currently spent cleaning graffiti, while privacy advocates fear that the surveillance drones might breach the privacy of train users and workers. Above all, however, this application of drones evidences what tech commentators have long-noted: that unmanned aircraft will increasingly integrate into technologies of social control. Public spaces, purged of street art, all watched over by machines of loving grace. Via Der Spiegel:

The new drone, outfitted with an infrared camera and the company's red and white logo, will use GPS to document the times and places where vandals are observed, making it easier to prosecute offenders. Flying at an altitude of some 150 meters (492 feet), it will be able to keep watch for more than 80 minutes at a time, quietly whizzing through the sky at up to 54 kilometers (33 miles) per hour. It can also be put on autopilot function for stretches as long as 40 kilometers, the paper said.

These capabilities will allow Deutsche Bahn to observe large areas in a short amount of time, a company spokesman said. Concerns about data protection, however, mean that the drone will initially be used only on company-owned property.