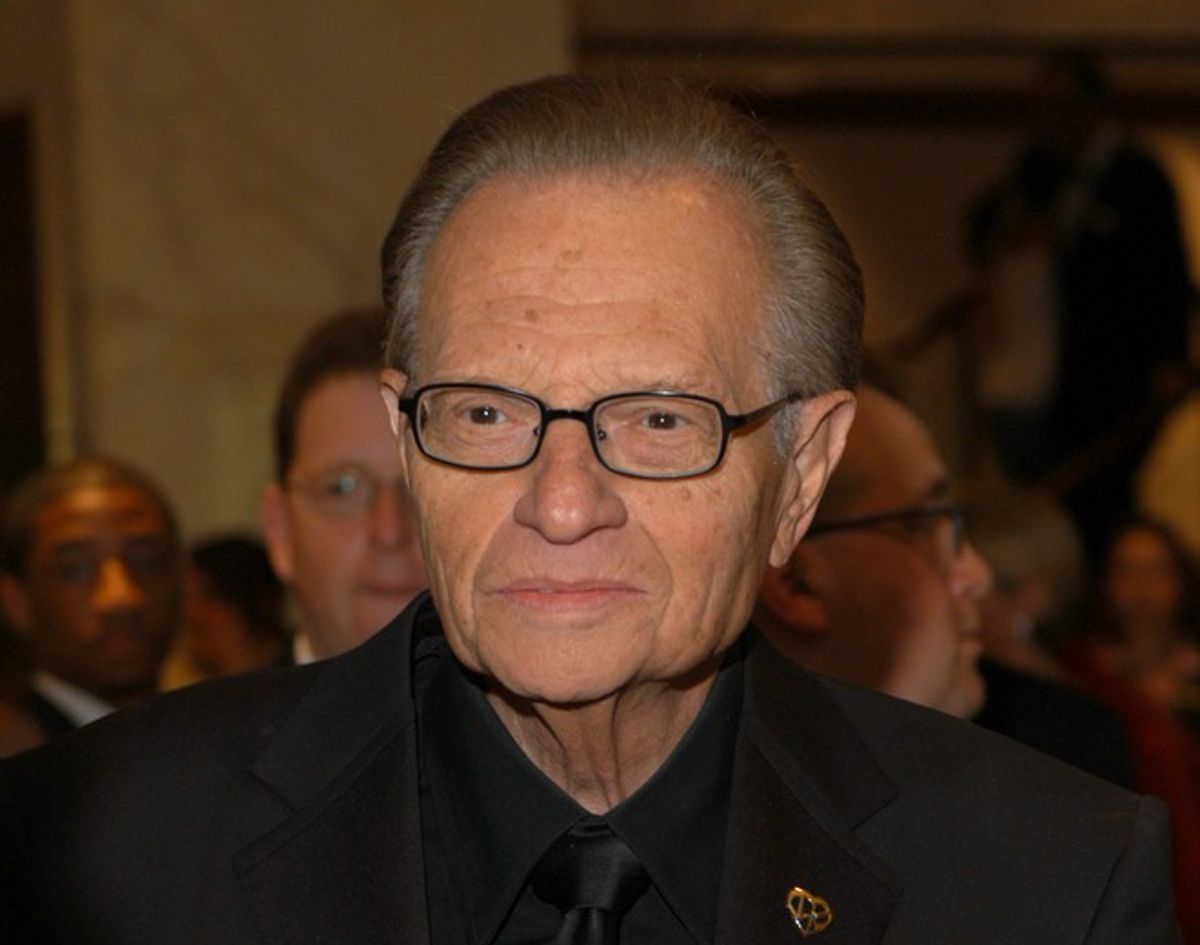 According to RT's press release, the new show, "Politics With Larry King," "will break new ground." "The veteran broadcaster will not shy away from causing controversy, or using his authority to give a chance to hear voices other media ignore."

“I have interviewed every US president since Nixon, and lest people forget, I helped usher Ross Perot into the national conversation during the 1992 presidential contest. I appreciate the importance of providing a platform to those with real alternative visions for our country’s future,” said King, who departed from CNN in 2010.

King's show debuts in June, and RT will also host "Larry King Now," the talk show King launched with Hulu and Ora.tv in July 2012. The programs will be recorded in Los Angeles and Washington and will stream online at Hulu.com, Ora.tv and on rt.com.

RT, which broadcasts in English, is available to 550 million people around the world and as of 2011 was the second most-watched international news channel in the U.S., following the BBC.