The war on lad mags 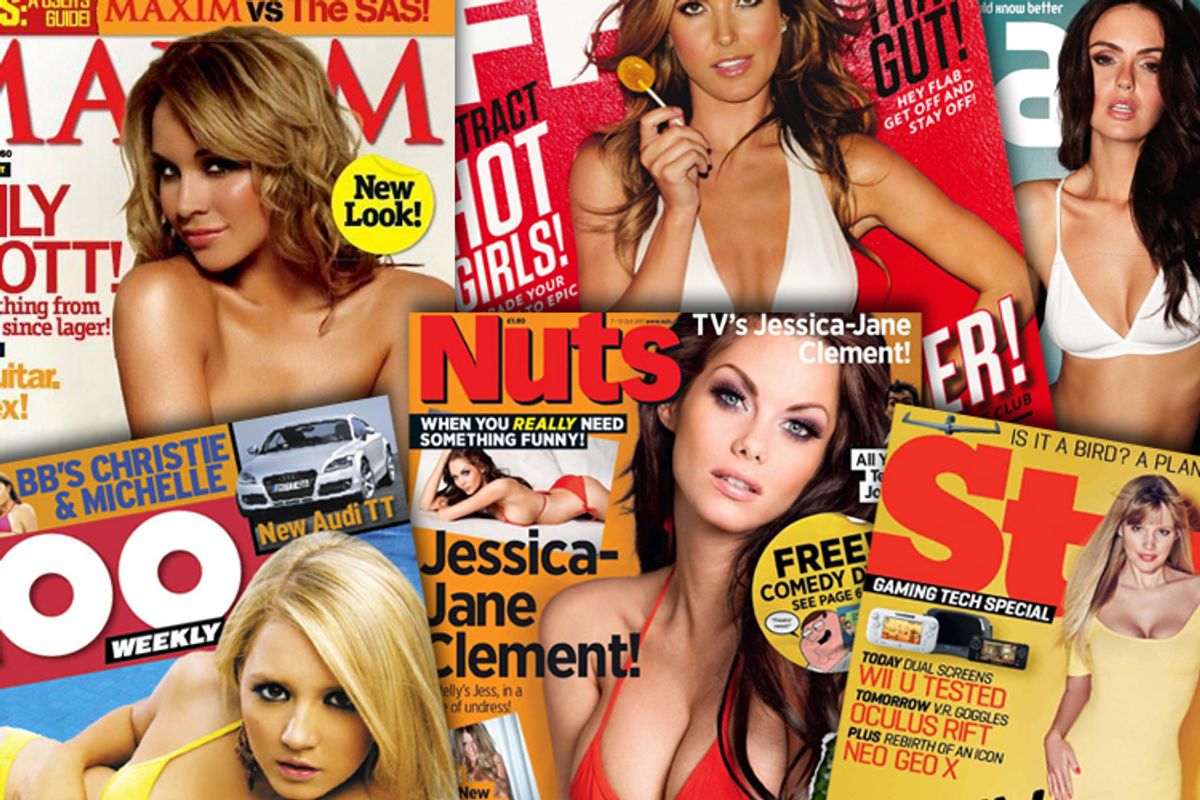 Selling nudie magazines is tantamount to sexual harassment and sex discrimination. That is, according to two activist groups in the United Kingdom, which are threatening retailers with legal action unless they remove so-called lad mags featuring partially or fully naked women from their shelves.

In a letter to the Guardian, representatives from the organizations UK Feminista and Object argue that "retailers are exposing staff and, in some cases, customers to publications whose handling and display may breach equality legislation" and "amount to sex discrimination and sexual harassment." As a result, they are calling on retailers "to urgently heed the call to Lose the Lads' Mags" with the warning that if they don't comply they might be vulnerable to legal action by aggrieved employees and customers.

They make these claims based on the Equality Act of 2010, a piece of legislation aimed at protecting equal access to employment. Specifically, they argue that the act of selling such magazines falls under the law's definition of sexual harassment as "unwanted conduct ... of a sexual nature” that violates an employee's "dignity" or "of creating an intimidating, hostile, degrading, humiliating or offensive environment." They argue that this applies to customers as well.

It remains to be seen whether the courts will agree with this assessment. Regardless, the group very clearly states in its petition why they want to see these publications disappear -- and it isn't to uphold the Equality Act. "Lads' Mags and newspapers that sexually objectify women are deeply harmful," says the petition. "They promote sexist attitudes and behaviours and extensive research shows portraying women as sex objects provides a 'conducive context' for violence against women." (Conducive to violence against women? That's cleverly cautious wording: As I recently wrote, there isn't any reliable evidence proving that pornographic material actually causes violence against women.)

It is one thing to speak out against the sexism in these publications; it's another thing to attempt to have them effectively outlawed. This goes beyond simply protecting the public from unwanted sights: Many major retailers have already agreed to cover up lad mags or display them on the top shelf, which is entirely reasonable. However, it is apparently too much for these publications to even exist.

I think we can all agree that these magazines are not great literature. The current issue of Zoo features a headline that takes up more than a quarter of the cover: "100 MEGA BOOBS: WHEN DD's JUST AREN'T BIG ENOUGH." And just in case you didn't get the theme of the issue, the cover also promises: "100 MEGA BOOBS SPECIAL! ONLY MASSIVE BOOBS INSIDE!" (Oh good, because I was worried for a second there that I might be subjected to just plain large breasts inside.) But the world needs not-great literature too.