Forget 3-D printing. Kotaku spotlights the work of a designer of hyper-real guns -- all made with kids' toys. 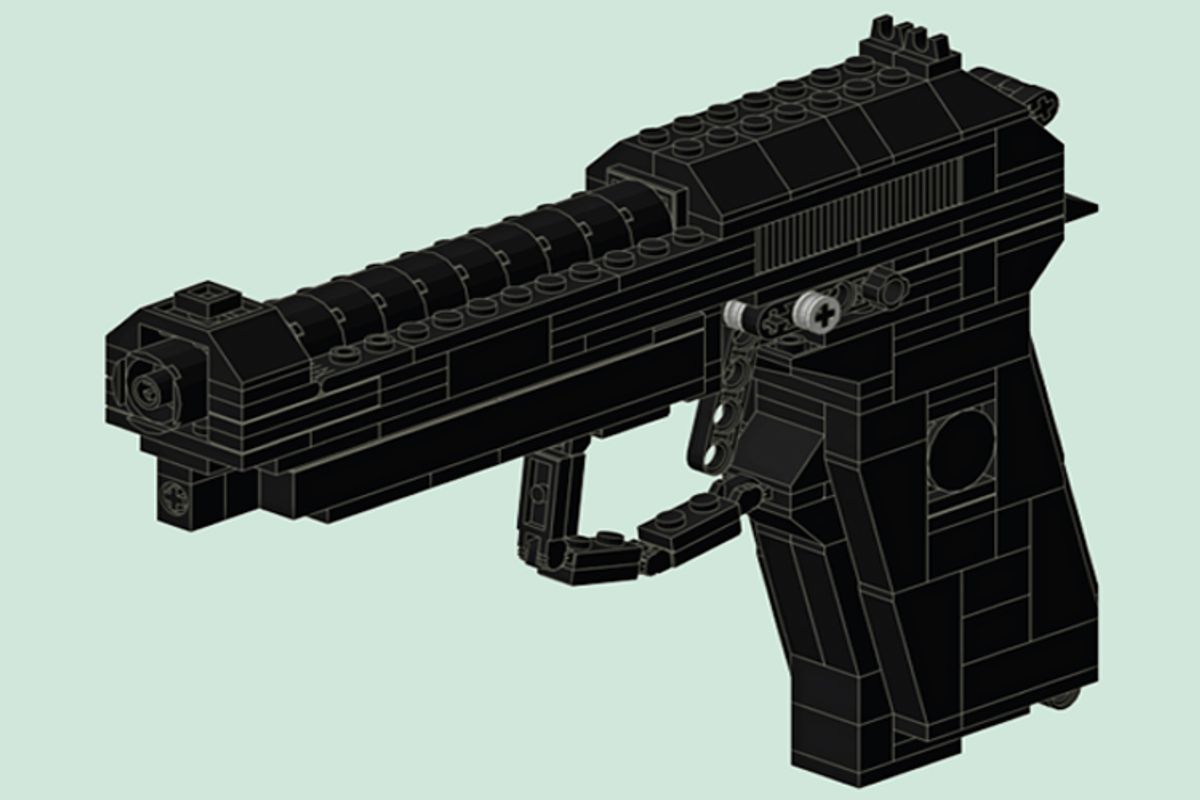 The gun Kotaku teaches its readers to build. (kotaku.com)
--

Gawker Media's Kotaku blog is doing the 3-D printing crowd one better -- it's showing readers how to build realistic gun replicas with toys their kids have lying around the house.

Kotaku, a video game blog, spotlights today the work of Jeff Boen, who's written a book on how to build astoundingly realistic guns from the plastic toy bricks. The blog post features a step-by-step depiction of what brick to place where; only black Legos are used, rather than, say, cheerful yellow, for that "real weapon" frisson!

The gun depicted on Kotaku has "been featured in numerous video games" but does not shoot projectiles; Boen's book, per its publisher's description online, also shows how to design a gun that will fire rubber bands. "These models are not suitable for children under the age of 12," the description advises.

Obviously, even the rubber-band firing weapons are not exactly lethal firearms. Even so, the decision to spotlight realistic-looking weapons made from children's toys -- at a time when both the synthetic manufacture of weapons outside regulations and a fatality at the point of a firearm marketed to children are in the news cycle -- is a striking one.