Will Megan Draper suffer the same fate as Sharon Tate? 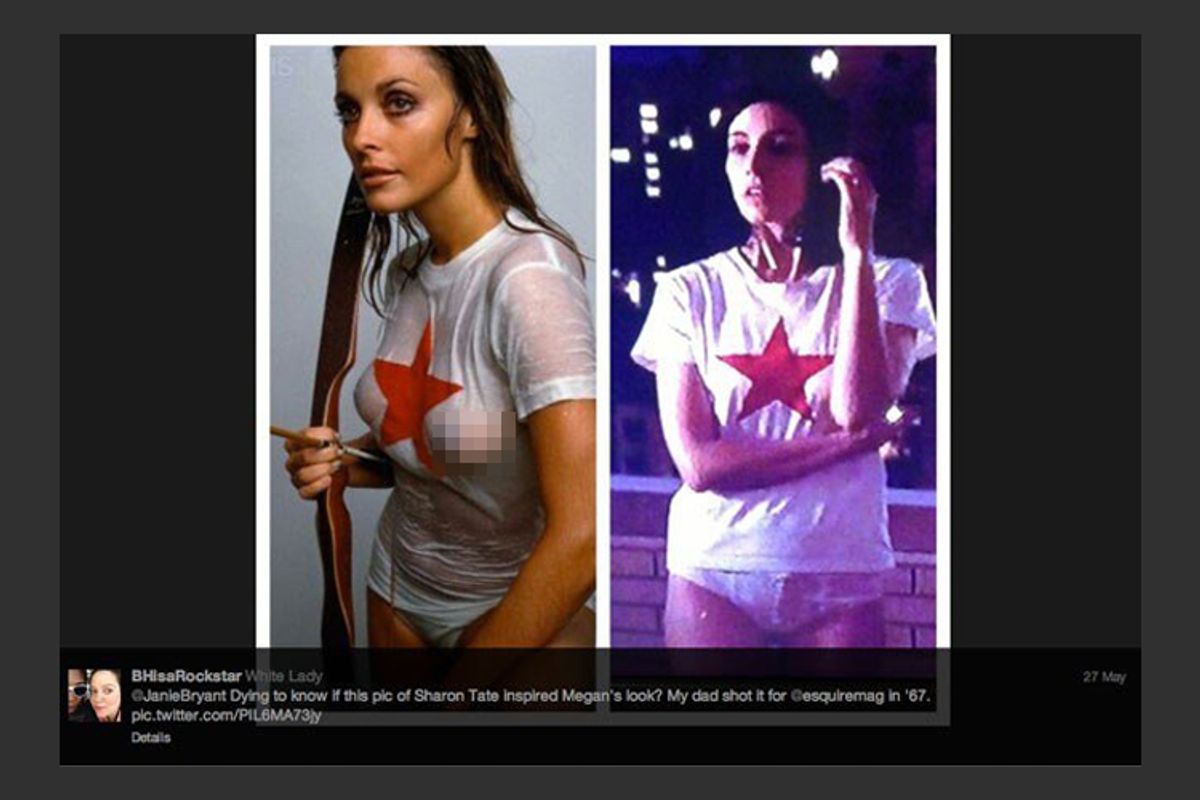 The Internet is buzzing with rumors that "Mad Men" character Megan Draper may be a symbol for "Valley of the Dolls" actress Sharon Tate, the late wife of director Roman Polanski who was brutally murdered by Charles Manson's followers when she was 8.5 months pregnant.

In Sunday's episode, Draper appeared wearing a white T-shirt with a red star and white panties while ominous sirens blared in the background. The look was identical to what Tate wore in a 1967 Esquire magazine photo shoot, above. A Twitter user claiming to be the daughter of the photographer shared the photo with "Mad Men" costume designer Janie Bryant, who confirmed that Tate "inspired" the look.

Since then, theories tying Tate and Draper -- who, though not 8.5 months pregnant, has suffered a miscarriage -- have been popping up on Reddit and elsewhere, speculating that the scene foreshadows Draper's death.

Redditor venicerocco wrote, "I totally buy the link. Tate was murdered in August of 1969, so next season probably. She was murdered by a home invasion, and this season of Mad Men seems to be really emphasizing (normalizing?) the idea of the home being 'invaded' by the outside."

If Draper really is killed off, this would be the first time "Mad Men" has "intersected itself into history," Redditor GuyNoirPI noted. "It would be a huge move to have a character to enter a historical event and replace a victim in this way. I love the idea, but still," commented geenaleigh.

So either "Mad Men" costume design department is having some cruel fun with the show's fans, or Megan Draper is in some serious danger.