Grumpy Cat gets a movie deal

The Internet famous cat also has a book and beverage deals 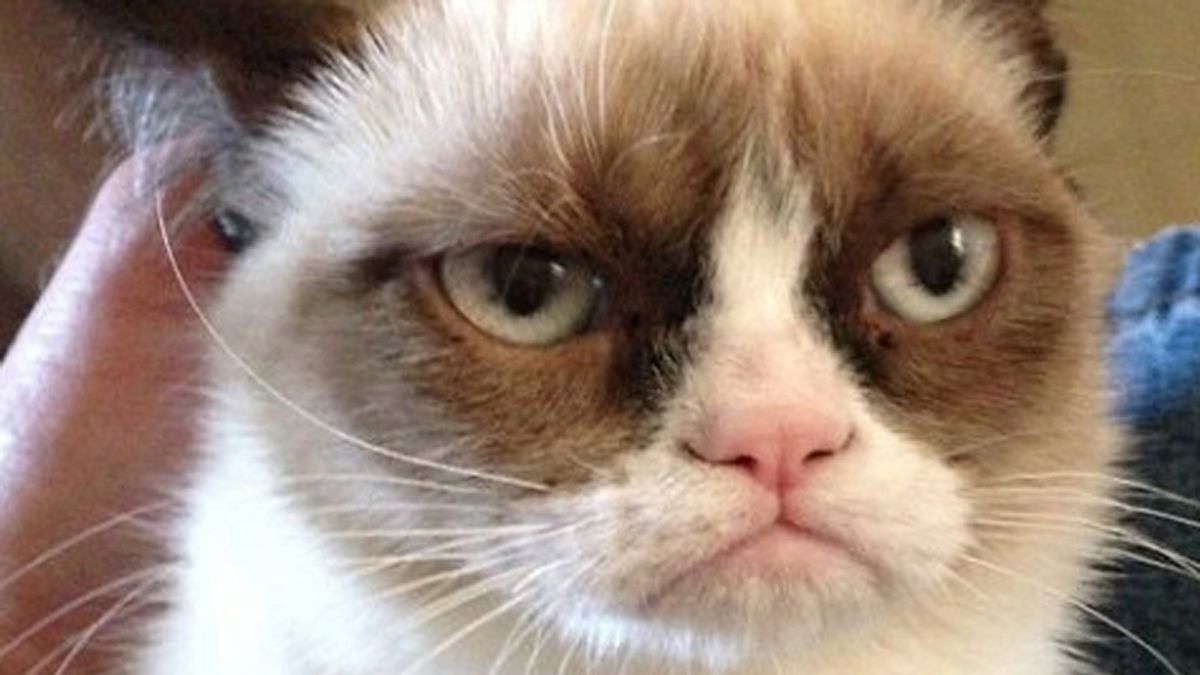 Grumpy Cat is coming to a big screen near you, though she is probably not too happy about it.

Tardar Sauce, a mixed breed owned by Arizona resident Tabatha Budnesen, became an Internet sensation September 2012 after a photo Budnesen's brother posted of the unimpressed cat to Reddit. Since then, Grumpy Cat has garnered Internet fame, starred in a documentary and won a Meme of the Year Award.

Now, she is getting a movie.

Mr. Lashes became the cat's representative in October. He says he is trying to help the Bundesens capitalize on the cat's fame without overexposing it. This week, Mr. Lashes helped negotiate the sale of a film option based on Grumpy Cat's persona to Broken Road Productions, the production company responsible for Adam Sandler's 2011 vehicle "Jack and Jill." Terms of the one-picture deal weren't disclosed.

This week, Grumpy Cat is coming to New York to promote the forthcoming Chronicle Books release, "Grumpy Cat: A Grumpy Book: Disgruntled Tips and Activities Designed to Put a Frown on Your Face" at BookExpo America, the publishing industry convention.

Mr. Lashes also has forged a deal with Grenade Beverage LLC to create and distribute a line of Grumpy Cat coffee-in-cans and bottled beverages.

As Deadline points out, it's just "more depressing news for humans who can’t get a Hollywood movie made."