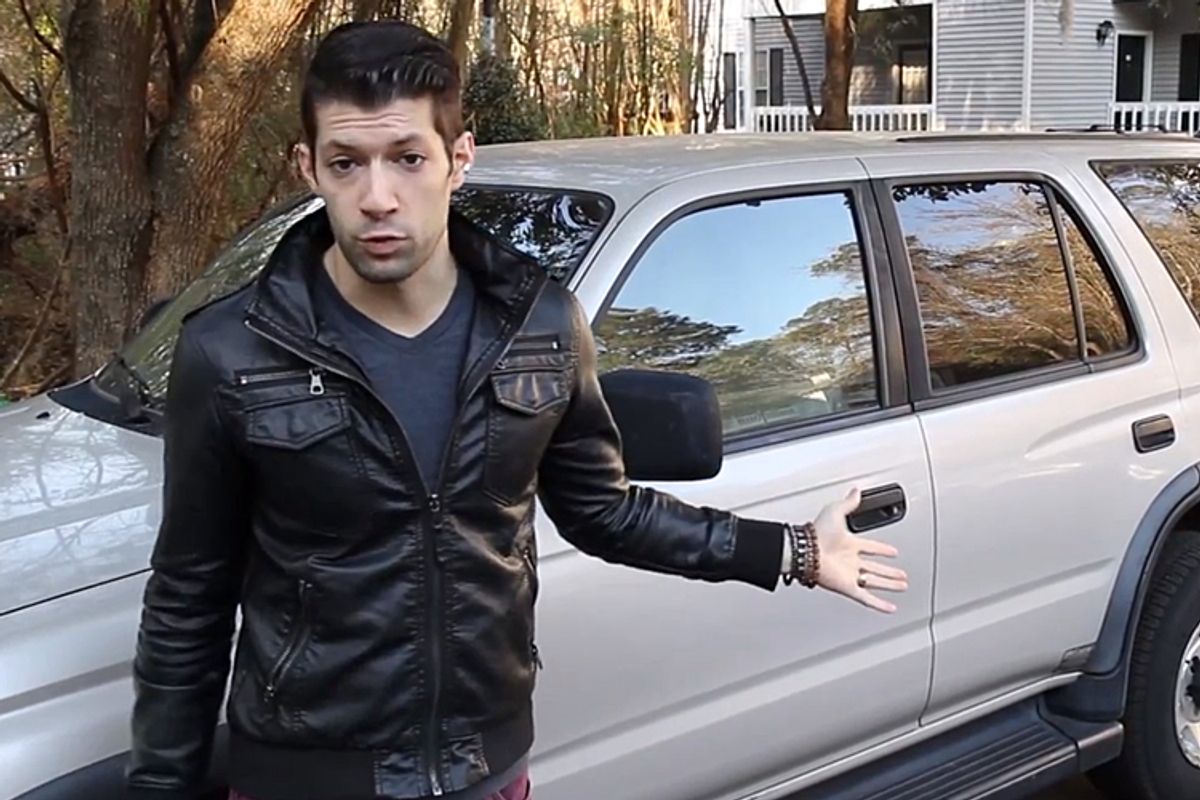 This morning, Salon attended a panel discussion at the advertising and marketing firm Ogilvy devoted to the question of whether millennials want to buy cars, or whether the sort of seismic generational shifts documented by Joel Stein in Time meant that Detroit was in trouble. The invitation from Ford, which had put on the event, told us the goal: "use data, trends and expertise to show that Millennials aren’t just a bunch of PBR-drinking hipsters who spin vinyl and ride bikes." We were trepidatious.

Cars went little discussed, at first: The Ford Fiesta, around which the company had tried to build a "movement" by lending cars, for free, to "influencers" and asking them to document their experience online, was generally agreed upon to have been a success among millennial car buyers. But the event was intended generally to get a sense of how brands might attach themselves, lamprey-like, to millennials who lack purchasing power as yet. Said Rabkin, of American Express: "We attract a ton of millennials but aren't able to approve them for many of our products, so we need to work on a relationship. Who are they now vs. who will they be when they hit our sweet spot of people who spend a lot of money? But we do love their spend."

It was presumed that eventually, millennials would have purchasing power as had their parents, that there was some fundamental shiftlessness at work. The moderator, Sheryl Connelly of Ford, called it "the slash generation. 'I'm a writer-slash-student. I'm a marathon runner-slash-foodie."

Rabkin later noted: "You might have a trust fund or a secure source of income separate from your W-2. Most [millennial] people in New York get money from their parents. I'm sure that's not a statistical fact. But I'd love to give these people a credit card." So, too, presumably, would Ford like to sell them an automobile.

Much discussed, too, was the role social media plays in marketing to millennials. "Millennials don't want to hear from brands. They want to have a conversation with them," said Dorsey, who repeatedly and at great length described how millennials want to be unique: "They don't want commitment. They drop in and out of experiences. They can't wear a shirt or blouse if it's photographed. The worst fear of millennials is wearing the same dress twice on two different [social networks]."

Kressmann, of Tumblr, noted that the blogging network allows its users to obtain as many URLs as they like. "There are a lot of parallels to cars," said the moderator, Connelly. "The car is this wrapper of what I believe in, what's important to me ... There are a lot of parallels there. We introduced wraps for cars a few years ago, because tattoos are so important for self-expression."

Connelly said that Ford thinks "the car as a quintessential status symbol is a bygone era," thanks to the ascendancy of mobile devices and millennials' shiftlessness and unwillingness to commit. "Economics are part of it," she said. (Dorsey had previously suggested that millennials were less likely to have bank accounts because "We don't like banks. We don't like someone staring at us asking tough questions. We don't like lines. We would like that on our mobile phone.")

But Connelly left the economic aspect -- the degree to which millennials might be less able, not less willing, to buy cars than had prior generations -- aside. She said, at the event's end, that she believed that millennials might eventually be won over by auto industry overtures: "The most exciting thing we do for millennials is engage them in new ways. We've been at the Consumer Electronics Show the past seven years. We are a consumer electronics company. There are multiple computers in the car."

This reporter walked out and across town on a hot, humid day. On a millennial's budget, a cab ride would've been unaffordable.