What the Supreme Court got wrong: Patents on self-replicating seed are unethical, dangerous and anti-competitive 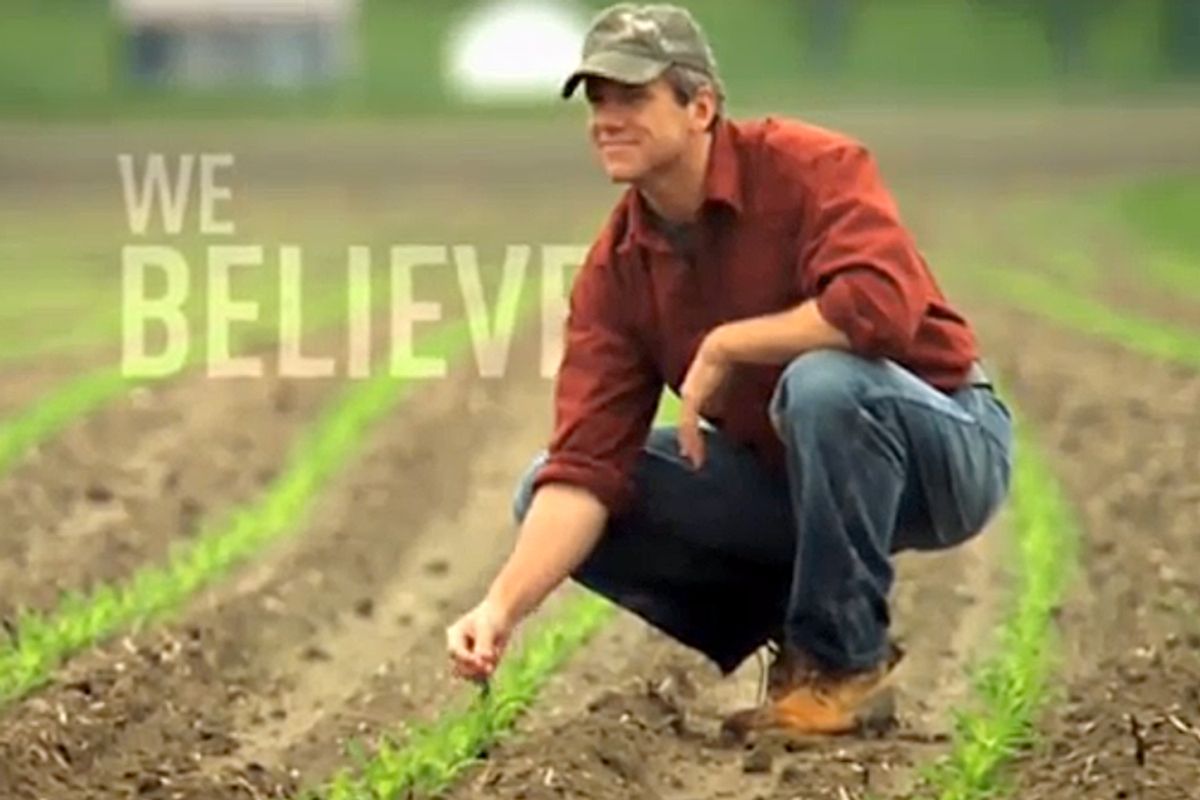 When the Supreme Court unanimously sided with Monsanto recently, it upheld the company’s right to prohibit the replanting of patented seed – handing the biotech giant a major victory. The court ruled that the doctrine of “patent exhaustion,” which an Indiana farmer argued should apply after the first sale of patented seed, “does not permit a farmer to reproduce patented seeds through planting and harvesting without the patent holder’s permission.”

It’s not surprising the court ruled in Monsanto’s favor. Still, the case had merit: The farmer, Vernon Hugh Bowman, wasn’t challenging Monsanto’s claims that he knowingly planted seed with its protected genetics. Instead, he challenged the way patent law is currently applied to self-replicating products – a worthy effort, considering the injustices patents on seed have sown across America.

It’s relatively well understood that simply using seed with patented genetics – especially widely planted genetically engineered varieties, such as Roundup Ready soybeans – enters the user into a restrictive licensing agreement. Farmers sign these agreements at the time of sale, which includes a prohibition on planting more than one crop. The seed packaging also states that simply opening the bag binds the user to the agreement.

But Bowman thought that by purchasing soybean seed from a grain elevator he had found a legal way to plant seed from subsequent generations. He assumed the seed contained patented genetics but argued that the patent exhaustion doctrine allowed him to plant them anyway. Nevertheless, the Federal Circuit Court ruled, and the Supreme Court agreed, that Mr. Bowman must pay Monsanto more than $80,000.

Needless to say, Bowman is not alone in his desire to use seed from subsequent generations. More than 150 farmers have been targets of patent infringement lawsuits filed by Monsanto. And legislative initiatives at the federal level also highlight the demand. Rep. Marcy Kaptur, of Ohio, introduced legislation in 2004 and again this year to establish a registration and fee system that would allow farmers to legally save patented seed. “Companies deserve a fair return, not an exorbitant return,” Kaptur has said.

She’s right. Should developers of new seed varieties earn returns on their research and development investments? Yes, absolutely. But patents on self-replicating seed – and any living organism, for that matter – are unethical and dangerous.

The law needs to change. In the meantime, there is an important role for the judicial system to play in teasing out the injustices of the current patent system. Indeed, the outcome of another Supreme Court case that challenges patents on human genes will be telling.

Whether the recent ruling leaves a door open to further challenge how patents are applied to seed remains to be seen. Justice Elena Kagan’s comments suggest it does. “Our holding today is limited – addressing the situation before us, rather than every one involving a self-replicating product,” she wrote. “We recognize that such inventions are becoming ever more prevalent, complex and diverse.”

Bowman’s case reflected that complexity. He was not only trying to save money, but challenging a relatively new paradigm in agriculture. It is only since another Supreme Court decision in 2001 that patent law – that is, the U.S. Patent Act governing utility patents, or “patents for inventions” – has applied to living organisms.

Think about it. In less than 15 years, many commodity crop farmers went from saving and replanting a portion of their harvest to largely buying new seed each year. This has increased farmers’ dependence on a highly consolidated and narrowly focused seed industry. The transition has also eroded farmers’ self-sufficiency and financial security. And the trend is spreading across the globe.

Congress long opposed the inclusion of plants under the Patent Act. A 1966 congressional committee report states that while its members “acknowledge the valuable contribution of plant and seed breeders, it does not consider the patent system the proper vehicle for the protection of such subject matter.”

Soon after, Congress passed the Plant Variety Protection Act. The law, passed in 1970, represented a compromise between their hesitance to patent seed and mounting pressure to provide seed developers stronger intellectual property protections. Before the 2001 ruling, seed developers largely relied on protections afforded through “Certificates of Protection” under the PVPA, providing seed developers exclusive marketing rights of their new varieties for 20 years (like a patent). But the law includes two critical exemptions: Farmers can save seed and breeders can use protected varieties to innovate, including the development of new varieties. The Patent Act provides no such exemptions, with devastating consequences.

Owners of utility patents enjoy far-reaching control over access and use of their protected products. A single patent, for example, can cover a plant, tissue cultures, seed, future generations, crosses with other varieties, and the methods used to produce it. Such broad claims are not possible under the PVPA. And, even more troubling, these broad patents cover traits that can also exist in nature, such as “heat tolerant broccoli” and “pleasant taste” in melons.

Patents have grave impacts on innovation, despite Monsanto’s assertion to the contrary. Public researchers note the constraints of patents and the restrictive licensing agreements tied to them. These onerous agreements dictate what kind of research on patented seed can be conducted and published. The result is that patents effectively remove valuable seed varieties from the pool breeders rely on for improving our food crops.

That’s why it was disconcerting to read the court’s belief that if it didn’t protect how patents on seed are applied, the result would be “less incentive for innovation than Congress wanted” under the Patent Act. It’s clear that the oligopolies fostered by patent law have hindered innovation and competition in the marketplace.

The profits earned from the exclusive ownership and licensing of patented seed products – bolstered by the right to restrict research and seed saving – has led to numerous buyouts. The Independent Professional Seed Association estimates the U.S. has lost at least 200 independent seed companies in the last 15 years. The seed industry is now one of the most concentrated in agriculture, where two chemical firms command more than 60 percent of the retail markets for both corn and soybeans. This level of concentration has left farmers with fewer choices and paying higher prices, and less control over what they plant.

The growing evidence that patents on seed are detrimental to the public good should raise eyebrows at the U.S. Department of Justice. And at the agency’s first of five public hearings “to explore competition issues” affecting agriculture, held in Ankeny, Iowa, it appeared that it had. Assistant attorney general for the DOJ’s Antitrust Division Christine Varney highlighted the problem of patents in her opening remarks: “Patents have in the past been used to maintain or extend monopolies, and that’s illegal, and you can be sure, Secretary, that we are going to be looking very closely at any attempt to maintain or extend a monopoly through an abuse of patent laws.”

But hope that meaningful action would follow was short-lived. Neither the DOJ, nor its investigative partner, USDA, have provided a meaningful response to the 18,000 public comments they received.

The agencies’ inaction, combined with the court ruling, creates a situation in which our government protects corporate control over seed.

Make no mistake: While the DOJ may have focused its investigation on the GMO marketplace, patent and competition concerns in seed are much broader. Conventional (non-GMO) varieties of seed are also increasingly being patented. And with Monsanto’s 2005 acquisition of the largest vegetable seed company, Seminis, the same contract that Mr. Bowman violated now appears on seed packets of vegetable varieties that are popular among backyard gardeners and farmers alike, including ‘Big Beef’ tomato, a variety that, as far as we know, doesn’t contain patented genetics.

And so we’re left with another important question: If our regulatory agencies are unwilling to confront the misuse of patent law in the context of seed, then what recourse do we, the people, have to ensure access to, and innovation in, seed?

Organic Seed Alliance (where I work) is also exploring contracts, along with its partners, that adhere to principles of an “open-source” seed model. We believe it is possible to receive fair returns on investments while fostering new research that addresses our most pressing agricultural needs. We also believe farmers have the right to save seed from their harvest.

The seed patent issue is not just about GMOs or Monsanto. It is a seed issue that impacts us all, regardless of our decisions on the farm or in the grocery store. Seed is as fundamental to life as the food and fiber it produces. By way of order, then, seed is more fundamental. And it belongs in the hands of the people, not the patent holder.

Kristina Hubbard is the director of advocacy and communications for Organic Seed Alliance, and author of Out of Hand: Farmers Face the Consequences of a Consolidated Seed Industry.