Income inequality is now as high as it's been since the Great Depression, and the middle class is nearly extinct 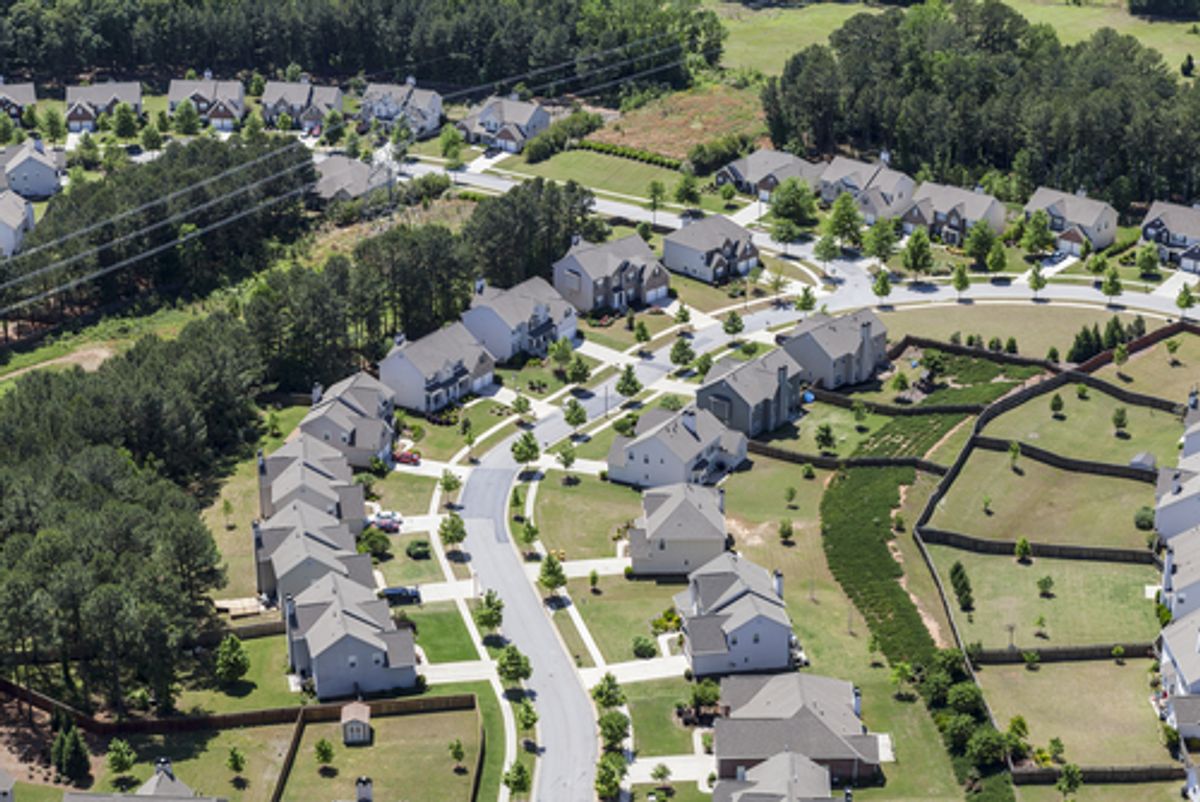 INEQUALITY IS NOW ONE of the biggest political and economic challenges facing the United States. Not that long ago, the gap between rich and poor barely registered on the political Richter scale. Now the growing income divide, an issue that dominated the presidential election debate, has turned into one of the hottest topics of the age.

Postwar American history divides into two halves. For the first three decades, those on middle and low incomes did well out of rising prosperity and inequality fell. In the second half, roughly from the mid–1970s, this process went into reverse. Set on apparent autopilot, the gains from growth were heavily colonized by the superrich, leaving the bulk of the workforce with little better than stagnant incomes.

The return of inequality to levels last seen in the 1920s has had a profound effect on American society, its values, and its economy. The United States led the world in the building of a majority middle class. As early as 1956, the celebrated sociologist, C. Wright Mills, wrote that American society had become “less a pyramid with a flat base than a fat diamond with a bulging middle.”

That bulge has been on a diet. The chairman of President Obama’s Council of Economic Advisers — Professor Alan Krueger — has shown how the size of the American middle class (households with annual incomes within 50 percent of the midpoint of the income distribution) has been heading backwards from a peak of more than a half in the late 1970s to 40 percent now. The “diamond” has gone. The social shape of America now looks more like a contorted “hourglass” with a pronounced bulge at the top, a long thin stem in the middle, and a fat bulge at the bottom.

One of the most significant effects of America’s hourglass society has been the capping of opportunities and the emergence of downward mobility amongst the middle classes, a process that began well before the recession. Around 100 million Americans — a third of the population — live below or fractionally above the poverty level. A quarter of the American workforce end up in low-paid jobs, the highest rate across rich nations, while the wealthiest 400 Americans have the same combined wealth as the poorest half — over 150 million people.

With a growing percentage of the current generation facing a lower living standard than their parents, more and more US citizens express a “fear of falling,” worried about a further loss of livelihood and their relative income status. The nation is at last waking up to what has been reality for years — the vaunted American Dream (the ability of citizens to go from rags to riches, and one of the country’s most enduring values) is increasingly a myth.

In a poll conducted for The Washington Post before the 2012 presidential election, respondents were asked which was the bigger worry: “unfairness in the economic system that favors the wealthy” or “over-regulation of the free market that interferes with growth and prosperity.” They chose unfairness by a margin of 52–37 percent. The mostly pro-self-reliant American public are perhaps coming to recognize that their much-heralded virtues of hard work and self-help are no longer an effective means to economic advancement.

The most damaging impact of growing inequality has been on the American — and global — economy. It has been one of the central rules of market economics that inequality is good for growth and stability. The idea was enshrined in the postwar writings of the New Right critics of the model of managed capitalism that emerged after the war. “Inequality of wealth and incomes is the cause of the masses’ well being, not the cause of anybody’s distress” wrote the Austrian-American economist Ludwig von Mises, one of the leading prophets of the superiority of markets, in 1955.

It was a theory that gained traction during the global economic crisis of the 1970s and with the publication in 1975 of a highly influential book, Equality and Efficiency: The Big Tradeoff, by the late American mainstream economist Arthur Okun. This theory — that you can have either more equal societies or more economically successful ones, but not both — has been used to justify the growth of inequality in the United States, a trend that has since spread to a majority of the rich world. One of the telling by-products of the current economic crisis is that this theory is now being challenged. It is now being increasingly argued that the levels of income concentration in recent times have had a significant negative effect on the economy, bringing slower growth and greater turbulence and contributing to both the 2008 crash and the lack of a sustained recovery.

Perhaps the most significant convert to these ideas is President Obama. A year ago, he remarked, “When middle-class families can no longer afford to buy the goods and services that businesses are selling, it drags down the entire economy from top to bottom.” Addressing delegates at the annual meeting of the World Economic Forum at Davos in January 2013, Christine Lagarde, head of the International Monetary Fund, endorsed this view, “I believe that the economics profession and the policy community have downplayed inequality for too long […] [A] more equal distribution of income allows for more economic stability, more sustained economic growth.”

This view goes against the grain of the economic orthodoxy of the last 30 years. As the Chicago economist Robert E. Lucas, Nobel prizewinner and one of the principal architects of the pro-market, self-regulating school that has dominated economic strategy in the Anglo-Saxon world, declared in 2003, “Of the tendencies that are harmful to sound economics, the most poisonous is to focus on questions of distribution.”

A growing body of evidence and opinion now holds that this idea is wrong. In fact, the “distribution question” — how the cake is divided, between wages and profits on the one hand, and between the top and bottom on the other — is critical to economic health. Over the last 30 years, the rich world, led by the United States, has steered a growing share of national output first to profits and ultimately to the top one percent. Across the 34 richest nations in the world, the share going to wages has fallen from over 66 percent in 1990 to less than 62 percent today. The result is a growing detachment of living standards from output. The stagnating incomes of the bulk of Americans, along with the shrinking of the middle, are the mirror image of the rise of the plutocracy and the return of the gilded age.

This decoupling of wages from output creates a critical structural fault that ultimately brings self-destruction. First, a growing pay-output gap sucks consumer lifeblood out of economies. To fill this growing demand gap, levels of personal debt were allowed to explode. In the US, the level of outstanding personal debt rose almost threefold in the decade from 1997 to $14.4 trillion. This helped to fuel a domestic boom from the mid-1990s, but one that was never going to be sustainable.

Secondly, the long wage squeeze and the growing concentration of income at the top led to record corporate surpluses and an explosion of personal fortunes. Instead of being used to create new wealth via an investment and entrepreneurial boom (as predicted by market theorists), these massive cash surpluses were used to finance a wave of speculative financial activity and asset restructuring. The effect was the upward redistribution of existing wealth and the fueling of the bubbles — in property and business — that eventually brought the global economy to its knees. That inequality is also acting as a profound drag on the prospects of recovery.

A central feature of the President’s annual State of the Union address on February 11 was its call to “grow the economy from the middle out,” to “reignite the true engine of America’s economic growth — a rising, thriving middle class.” In his call for more active government to reduce inequality — from a 25 percent hike in the minimum wage to higher taxes on the rich — Obama was adding some meat to his earlier call “to restore an economy where everyone gets a fair shot, and everyone does their fair share.” Yet, despite a succession of lofty speeches, the best evidence is that since 2008, growth has continued to be very unevenly shared. The economists Emmanuel Saez and Thomas Piketty have shown that over nine tenths of growth in 2010 was captured by the top one percent. This is in stark contrast to the 1930s, when the big gainers from recovery were most ordinary Americans and the big losers were the superrich.

Obama’s program for change fails to match the radicalism of Franklin D. Roosevelt in the 1930s or that of Lyndon Johnson’s War on Poverty three decades later. Of course, creating a more equal America is hardly a cakewalk. The United States has rarely been more divided on the politics of change. Before Congressman Paul Ryan became Mitt Romney’s controversial running mate, he had blasted Obama’s proposed (and modest) tax measures on the rich as “class warfare.” Other global leaders seem equally disempowered in the face of the might of a global billionaire class determined to preserve its privileges, muscle, and wealth.

But unless Obama can find a way of breaking the firewalls created by the new plutocrats to protect their wealth from economic collapse and political interference, the likelihood is that the American middle class will go on shrinking, the American dream will further erode, and the nation’s economy will continue to stumble from crisis to crisis.