The Supreme Court denied a woman's petition for a therapeutic abortion, but the health minister has stepped in 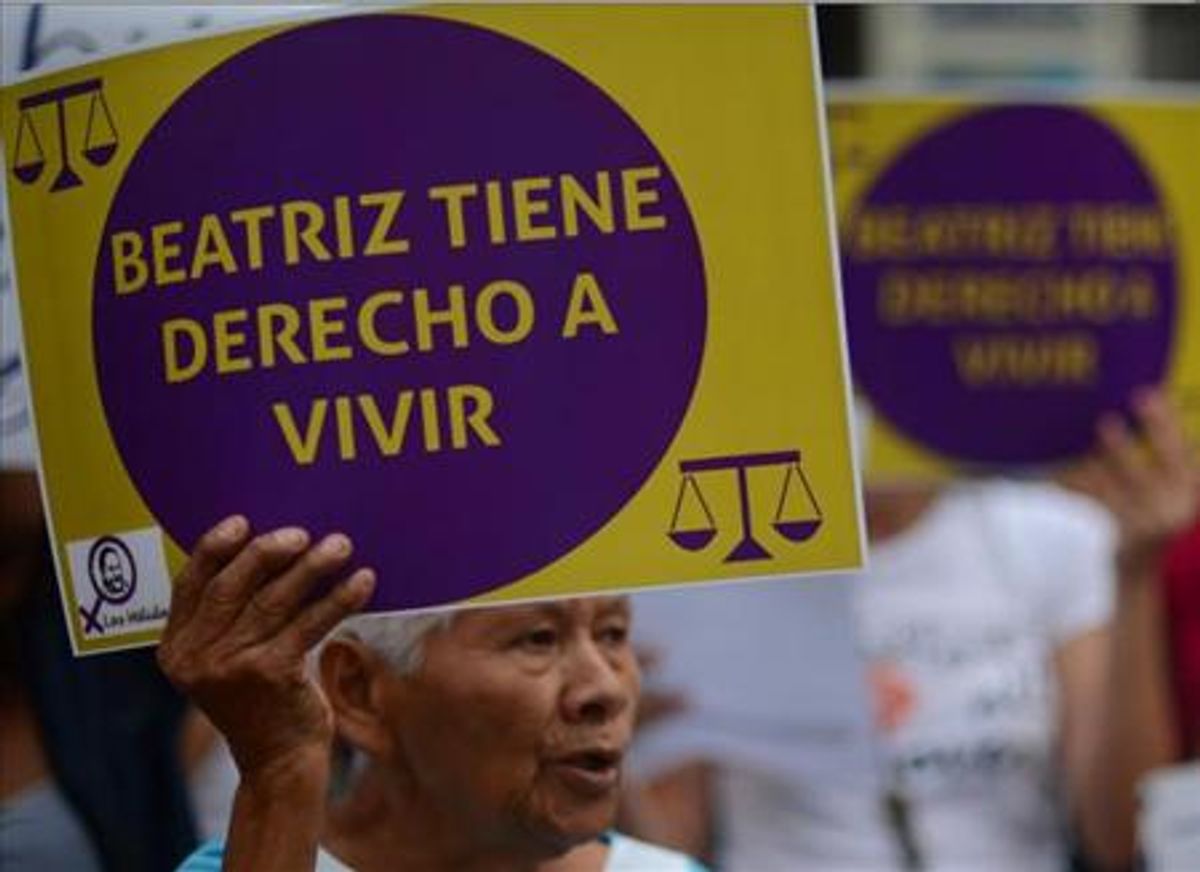 One day after El Salvador's Supreme Court denied a seriously ill woman's petition for a therapeutic abortion, the country's health minister approved a C-section to end the dangerous pregnancy. The 22-year-old woman, identified as Beatriz, has been hospitalized for weeks due to complications related to kidney failure and lupus; she is 26 weeks pregnant with an anencephalic fetus that her doctors say has no chance of survival.

As part of its decision, the Salvadoran court also ruled that Beatriz's doctors were “responsible for maintaining her health." At 26 weeks along, Beatriz's doctors petitioned that an emergency C-section would be the best option to preserve her health; on Thursday, the country's health minister complied.

“She is in the hands of top-notch doctors,” Health Minister Maria Isabel Rodriguez said Thursday. “The medical team at the Maternity Hospital is ready to act immediately at the slightest sign of danger.”

The New York Times goes on to report:

Just as the government was resolving the case, the Inter-American Court of Human Rights ruled that El Salvador needed to protect Beatriz’s life and integrity and help her end her pregnancy. The ruling did not affect the resolution of the case because the Salvadoran government had already decided to safeguard her life.

The Health Department hasn’t given a day or time for when Beatriz will deliver the baby by Caesarean section, said Morena Herrera, a member of the Feminist Collective for Local Development, an organization that has been supporting Beatriz.

“She is going through all the medical exams to be ready for surgery,” Herrera said.