If you like dignity but prefer hamburgers, Burger King has just the device for you 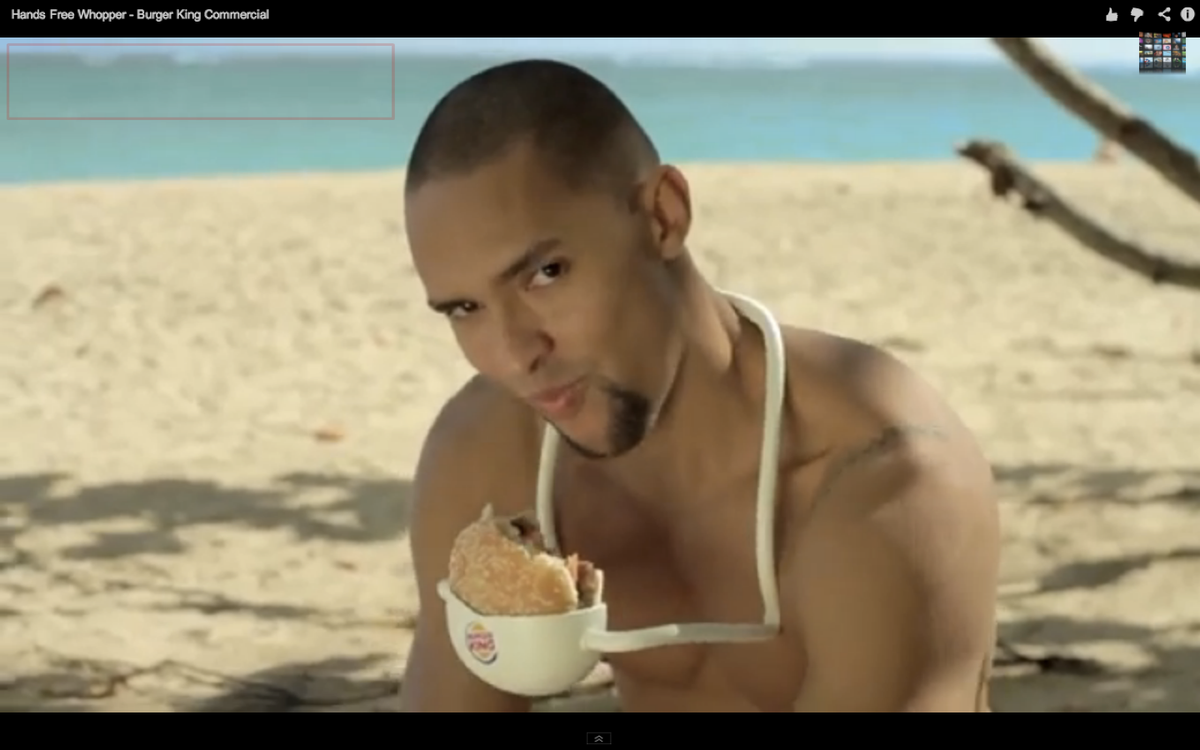 If you like dignity but prefer hamburgers, Burger King has just the gift for you. Burger King has been giving away hands-free Whopper holders at its stores in Puerto Rico.

Burger King had posted a promotional video for the product, but then appears to have taken it down for reasons that are unclear, according to the Toronto Sun. However, there is a sleek fan-produced music video online that explains how it works: you basically wear the hamburger holder as a necklace, thus enabling you to stuff your face into the burger without ever using your hands.

Is this supposed to be a real product, or is it a publicity prank? Burger King only distributed 50 of the hands-free holders so far, to Puerto Rican customers who are frequent visitors under the chain's loyalty program, Medical Daily reported.

Perhaps these limited-release gag products are a way introduce a new product, but play it off as a joke if the public finds it gross or offensive.

It's certainly not the first time that a fast-food chain has appeared to pull this stunt. Late last year, Pizza Hut gave away 100 bottles of pizza-scented perfume to Canadian customers.

That stunt may or may not have been a rip-off of Burger King's own burger-scented perfume. Back in 2008, the company introduced a men's body spray called Flame by BK. Bottles were for sale in Ricky's stores in New York City and online at firemeetsdesire.com.

Watch a video demonstrating the hands-free Whopper holder below: