Internet addiction is just the next evolutionary step 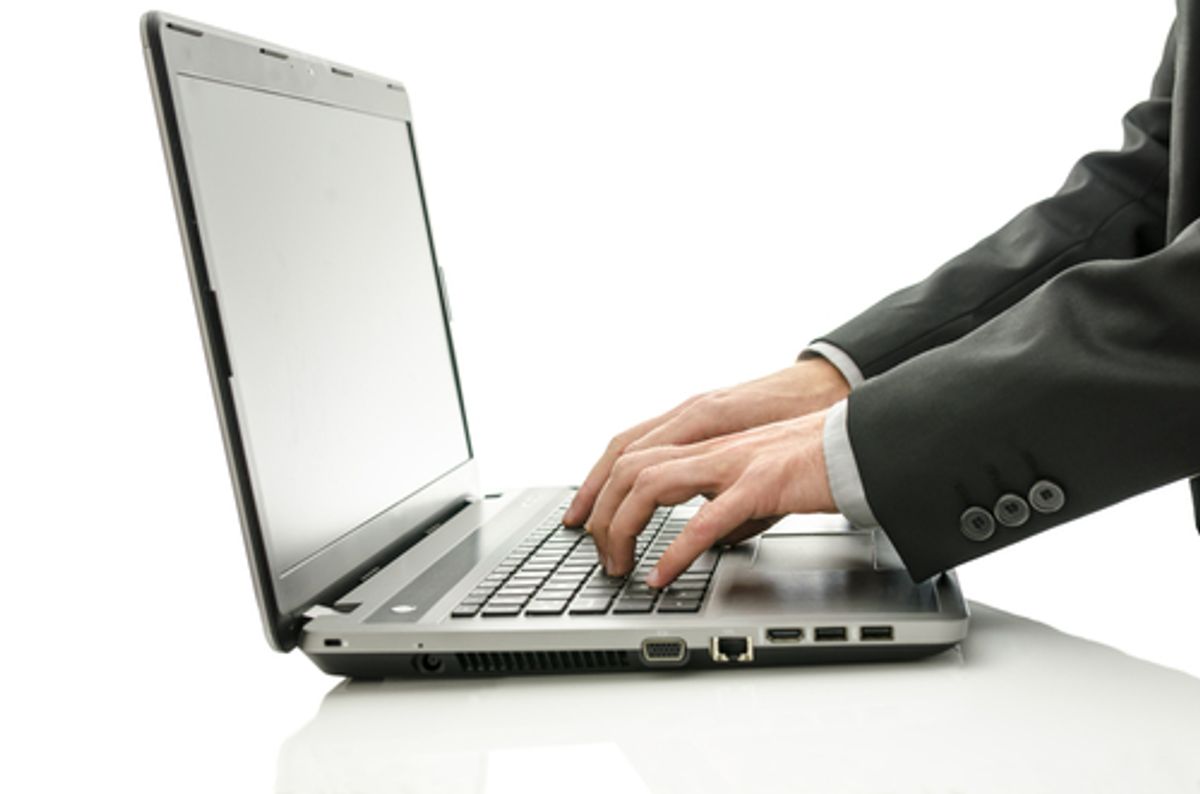 Having trouble shutting down your computer? Can’t stop refreshing your Facebook and Twitter streams? Did you close Reddit in your browser window … only to open Reddit right back up again? If you’re concerned that your Internet use is becoming a compulsion, you’re probably right: New research suggests that our uncontrollable desire to click may be deeply rooted in human evolution.

“The Internet is not addictive in the same way as pharmacological substances are,” cognitive scientist Tom Stafford at the University of Sheffield in the U.K. told Tia Ghose at LiveScience “But it’s compulsive; it’s compelling; it’s distracting.”

As Stafford explains, our love for the Internet is rooted in the fact that human beings, in Ghose’s words, “compulsively seek unpredictable payoffs.” The cognitive-reward structure offered by services like email and social media are similar to those of a casino slot machine: “Most of it is junk, but every so often, you hit the jackpot.” This is a symptom of low-risk/high-reward activities like lotteries in general. As researchers found in a 2001 article in International Gambling Studies, systems that offer a low-cost chance of winning a very large prize are more likely to attract repetitive participation and, in turn, stimulate excessive (and potentially problematic) play. Although the stimuli are different (the payoff on the Internet being juicy morsels of information and entertainment rather than money), Stafford says that the immediacy and ubiquity of Internet “play”—i.e. being able to check your tweets or emails on your phone with no major transaction cost—only increases the likelihood that someone will get sucked into a continuous cycle.

“The Web’s unpredictable payoffs train people much in the same way Ivan Pavlov trained dogs,” Ghose writes. “Over time, people link a cue (e.g., an instant-message ping or the Facebook homepage) with a pleasurable rush of feel-good brain chemicals. People become habituated to seek that social rush over and over again.”

The message of Stafford’s research is clear: Your brain really wants you to click on all of those cat photos. “The next time you wonder whether you’re spending too much time on Facebook or BuzzFeed or whatever, just remind yourself: You’re wasting time because your brain wants you to,” writes my former colleague Megan Garber at The Atlantic. “The Internet’s charisma is a function not just of all the great stuff that lives on it, but also of humans’ carefully honed survival mechanisms—mechanisms evolved long ago, in response to vicious enemies. We can’t quit our cat videos, it turns out, because of … lions.”

Anyone who spends a significant amount of time on the Internet, whether for work or pleasure, can see the tendrils of Stafford’s research in their day-to-day behavior. I often find myself cycling between my Gmail inbox, Facebook, Twitter, and other services, especially social media services which are designed to constantly refresh automatically or allow users to “infinitely scroll” through the contents of their feeds. And as Internet access and usage increases, this trend is likely to grow. According to the Pew Internet and American Life Project, 81 percent of American adults use the Internet as of survey, with 74 percent of users going online “just for fun or to pass the time.” A 2011 Ipsos Mediapoll found that the amount of time “affluent” Americans in general spend online rose about 20 percent from 2010 to more than 30 hours weekly; affluent Millennials spend more than 40 hours a week online, “essentially a full-time job.”

Does this mean we’re all Internet addicts now? Yes and no. Using the DSM as a guide, Dr. Kimberly Young at the Internet Addiction Center defines “Internet addiction” as an impulsive-control problem with four distinct subtypes: cybersexual addiction (Internet pornography), cyber-affair/relational addiction (an addiction to chat rooms and other online social forums), net compulsions (addictions to online gaming, online gambling, and eBay), and information overload (an addiction to database searches). The tipping point for Internet “addiction” is its impact on your day-to-day activities.

01. Do you feel preoccupied with the Internet (think about previous online activity or anticipate next online session)?

02. Do you feel the need to use the Internet with increasing amounts of time in order to achieve satisfaction?

03. Have you repeatedly made unsuccessful efforts to control, cut back, or stop Internet use?

04. Do you feel restless, moody, depressed, or irritable when attempting to cut down or stop Internet use?

05. Do you stay online longer than originally intended?

06. Have you jeopardized or risked the loss of significant relationship, job, educational, or career opportunity because of the Internet?

07. Have you lied to family members, therapists, or others to conceal the extent of involvement with the Internet?

08. Do you use the Internet as a way of escaping from problems or of relieving a dysphoric mood (e.g., feelings of helplessness, guilt, anxiety, depression)?

According to Young, answering “yes” to five or more questions may mean you suffer from Internet addiction.

However, “addiction” in the descriptive sense does not mean “addiction” in the clinical sense. Whether “Internet addiction” should be regarded as a serious psychological illness has been a matter of debate for years; the creators of the DSM-5 considered relegating Internet addiction to a section on behavioral disorders along with sex and gambling addictions, but opted to list it as a “condition for further study” instead of recognizing it as an official disorder. That Stafford places compulsive Internet surfing in the same cognitive category as gambling and other low-risk/high-reward activities defined as behavioral rather than purely psychological problems by the DSM suggests that your Internet fixation, however severe or uncontrollable it may seem, likely doesn’t reach the level of other compulsions. (It’s worth noting here that “Internet addiction disorder” was originally proposed as a satirical hoax by Dr. Ivan Goldberg in 1995, based on the DSM’s description of pathological gambling, in an effort to parody how psychiatry’s bible categorizes excessive behavior.)

“Lots of us are furtively checking emails in movie theaters and in the middle of the night, feel lost when temporarily separated from our electronic friends, and spend every spare minute surfing, texting, or playing games. But does this really qualify us as addicts?” asked Dr. Allen Francis, former chair of the DSM-IV Task Force, in Psychology Today. “No, not usually. Not unless our attachment is compulsive and without reward or utility; interferes with participation and success in real life; and causes significant distress or impairment. For most people, the tie to the Internet, however powerful and consuming, brings much more pleasure or productivity than pain and impairment.”

More plainly put: Your Internet addiction isn’t an addiction but the logical extension of existing biological functions, not necessarily a sign of dysfunction. So when does your Twitter fixation move from simply being a symptom of how humans cognitively interface with the Internet (and an annoyance to your friends and family) to something more? If you find yourself totally incapable of leaving the house to go to work, or to do anything but move between infinite browser windows, don’t tweet about it; instead, consider calling a doctor.