Is "After Earth" a Scientology fable?

As Will Smith and Jaden Smith's new movie drops, some question whether it's influenced by L. Ron Hubbard 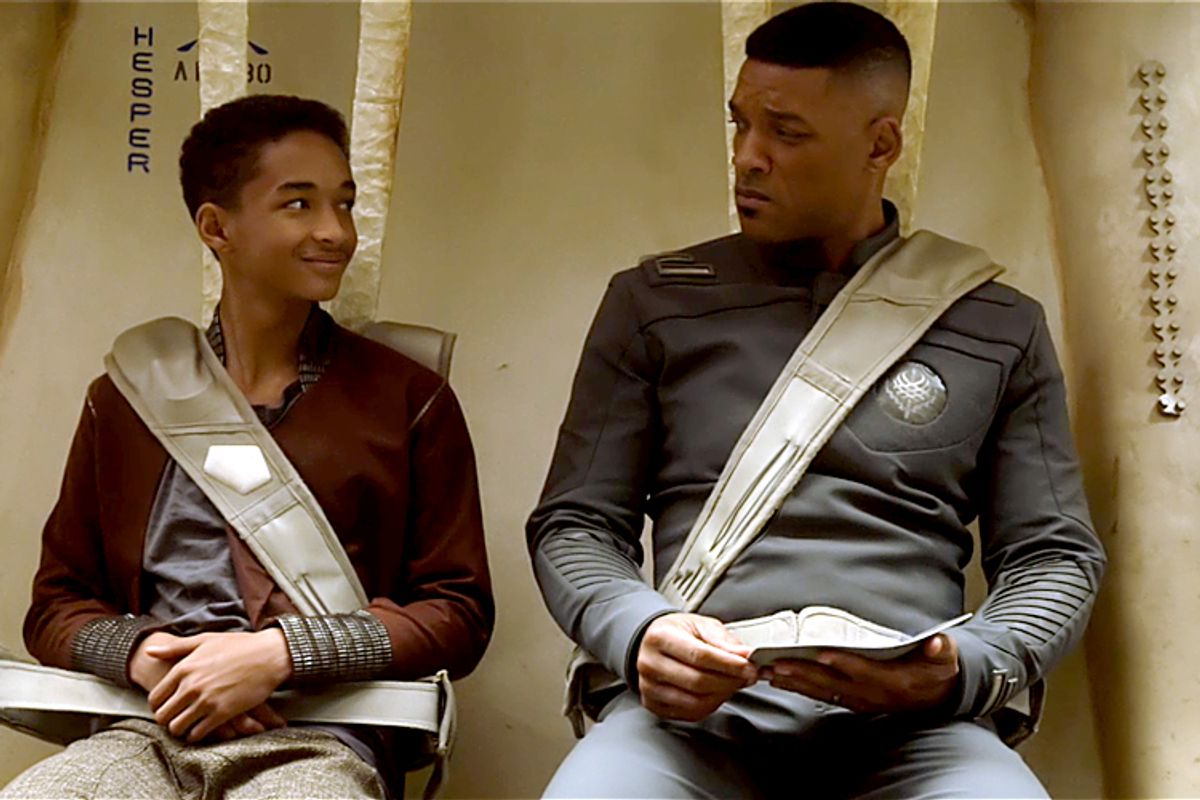 Though Will Smith has, once again, vaguely denied being a Scientologist, that doesn't mean his movie's secular.

Smith, the actor who's returning from a hiatus with "After Earth," a film he conceived of (and for which he received a story credit) in order to catapult his son Jaden Smith to stardom, recently told New York magazine: "We are students of world religion... We respect all [religions]." Some critics, though, wonder about the degree to which his new action film mirrors tenets of Scientology.

This post on Vulture runs through Smith's long history with Scientology, if not exactly as a practicing member, and indicates elements of the plot that strike the author as particularly rooted in L. Ron Hubbard's teachings. Coming in for particular analysis: the degree to which survival on the burnt-out husk of Earth depends on the mastery of human emotions, the control of the body by transcending past trauma, and the aliens' manipulation of fear as analogue for Scientologists' fear of psychiatry (that last one may be a bit of a stretch).

Taking the opposite position, Gawker interviewed Dave Touretzky, a "Scientology expert," about the film. Though it's not clear whether or not Touretzky had seen the film (it opens today, and Touretzky refers often to the film's trailer), he indicates the film has more to do with the monomyth than Scientology:

Saying that danger is real but fear is not is run-of-the-mill "brave warrior" stuff. It has nothing to do with traumatic experiences, bad memories (engrams), or any Scientology teaching.

Even if "After Earth" is just a silly action flick with no Scientology overtones (and there are plenty of critics who see at least a hint of "Dianetics" there), it may be more about perception than reality for Smith père, who's seeking a comeback, and fils, who's seeking to get established as a leading man-boy. So far this weekend, the small-scale magician thriller "Now You See Me" is beating "After Earth" at the box office. It's likely the Smiths' next move will get them far away from the mystical.