"Why should we take your word for it, Erick Erickson's science, instead of all of these experts?," Kelly asks 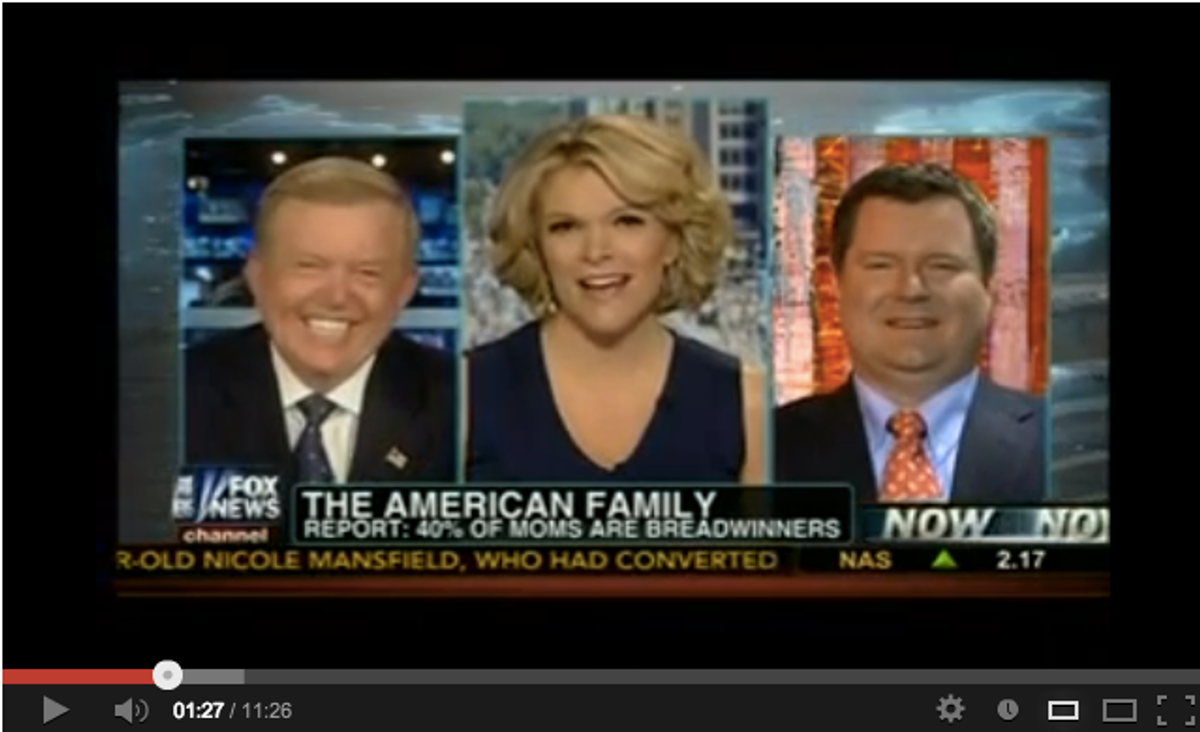 Fox News anchor Megyn Kelly slammed Lou Dobbs and Erick Erickson on Friday over the pundits' sexist (and entirely unsupported by decades of research) pronouncements about working mothers and the "decline" of the American family.

In a segment hosted by Dobbs on Wednesday, Erickson called female breadwinners "anti-science," "bad for kids and bad for marriage;" Dobbs later chimed in to say that the rise of female-headed households and single mothers are both "troubling" developments.

After sparring with Dobbs (who, in one of the video's most infuriating moments, condescendingly refers to Kelly as "Oh Dominant One"), Kelly moves on to Erickson, who she shreds for ignoring decades of research about working mothers in favor of his own conclusions about gender, work and parenting.

"Why should we take your word for it, Erick Erickson's science, instead of all of these experts?," Kelly asks.

Because scientists have an agenda, (total and utterly agendaless) Erickson replies.