The discovery of the unauthorized wheat in an 80-acre field in Oregon has rattled U.S. wheat markets 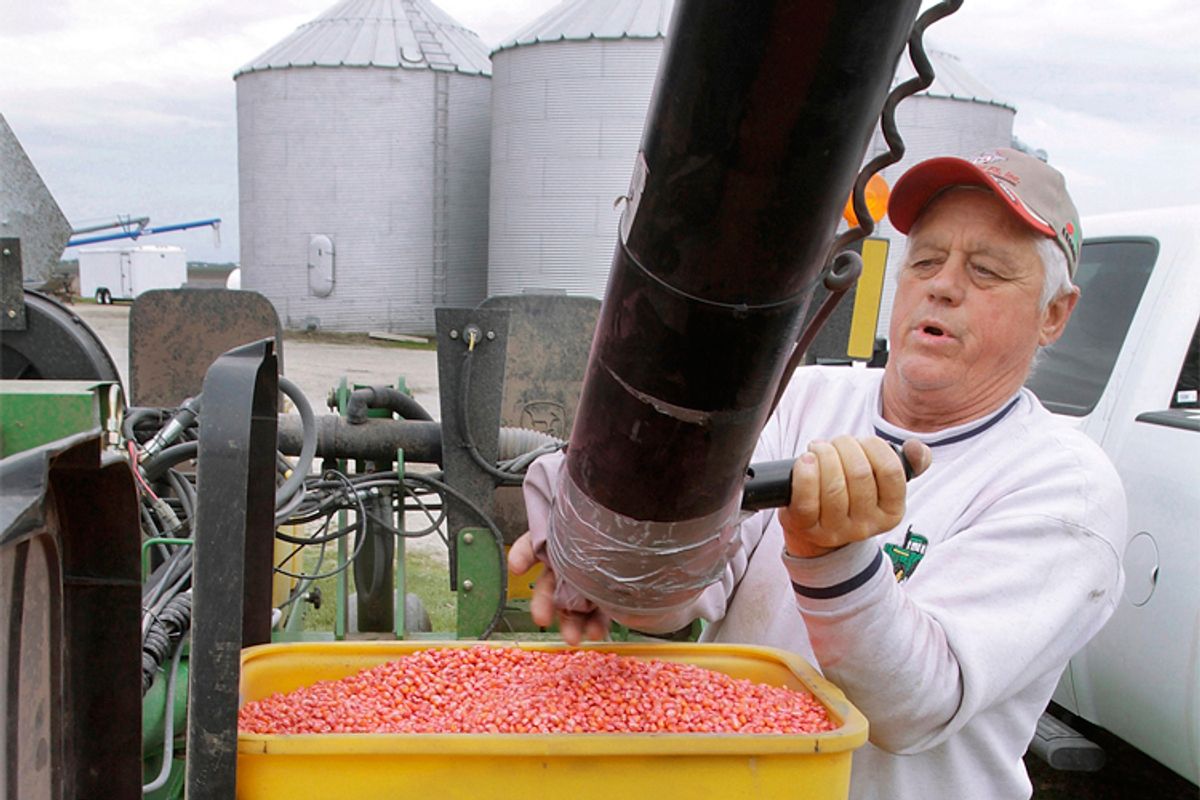 Earlier this week, the U.S. Agriculture Department discovered an 80-acre field of unapproved genetically modified wheat in Oregon. The strain, developed by biotech giant Monsanto to withstand the company's powerful herbicides, is not approved for commercial use.

The revelation had immediate trade implications. About half the overall US wheat crop gets exported—and Oregon's wheat farmers export 90 percent of their output. Many countries accept US-grown GM corn and soy for animal feed. But as the USDA noted, no country on Earth has approved the sale of GM wheat. And if Roundup Ready wheat is growing on one farm, our trading partners might legitimately ask, what guarantee is there that it's not growing on others?  Already, Japan has responded by suspending imports of US wheat, Bloomberg reports.

Maximizing exports has always been a main priority of the Obama Administration's ag policy, and, the USDA is scrambling to investigate the extent to which Roundup Ready wheat has entered the food supply, no doubt hoping to stave off a full-on trade crisis. "We are taking this very seriously," a USDA official told Bloomberg. "We have a very active investigation going on in several states in the western US."

Monsanto called the Oregon discovery "unexpected" but went on to say in a statement that "there is considerable reason to believe that the presence of the Roundup Ready [herbicide-resistant] trait in wheat, if determined to be valid, is very limited."

Food safety advocates do not share Monsanto's nonchalance about the spread of its unauthorized crop, as the Post goes on to report:

“This was not from a recent trial, which means it’s been sitting there in the environment,” said Andrew Kimbrell, executive director of the Center for Food Safety, a nonprofit group. “It’s highly doubtful that it’s just on one farm. If it’s out there, it’s out there.” The center’s science policy analyst, Bill Freese, added, “It’s been 12 years since this wheat was grown officially in Oregon. It doesn’t just disappear and magically appear 12 years later.”

Freese added that Monsanto has 15 new permits, issued in 2011, to test herbicide-resistant wheat in Hawaii and North Dakota, including an unusually large 300-acre field in North Dakota. Freese said the size of that field would make it difficult to prevent accidental spread.