Kevin Kiadii, 25, an alleged victim of Elmo voice-actor Kevin Clash, was beaten up in Prospect Park 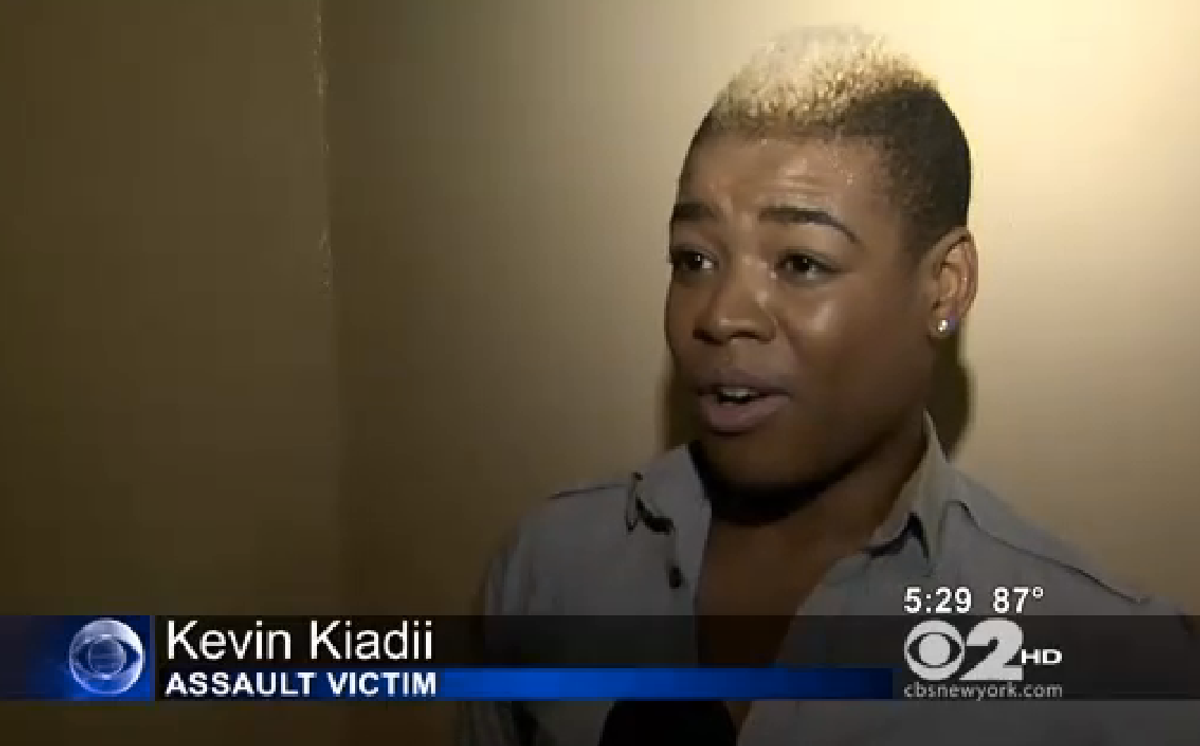 Kiadii told CBS New York that he was beaten up by a group of teenagers in Brooklyn's Prospect Park:

“The shortest one out of them, he was a hot head, he jumped in my face and started saying anti-gay slurs,” Kiadii said.

He said that one took on a fighting stance, and Kiadii told them they should back away.

“When I said that, the one that was really intoxicated jumped into my face and said ‘I’m going to [expletive] you up’ and do this and ‘you F and [expletive],’ and I went into my bag, and pulled out my bottle of perfume, to imitate pepper spray,” Kiadii said.

Police arrested the teens, aged 13 to 18, for gang assault and aggravated harassment as a hate crime.