"East" is the morally complex eco-terrorist movie you've been waiting for, and "The Killing" comes back 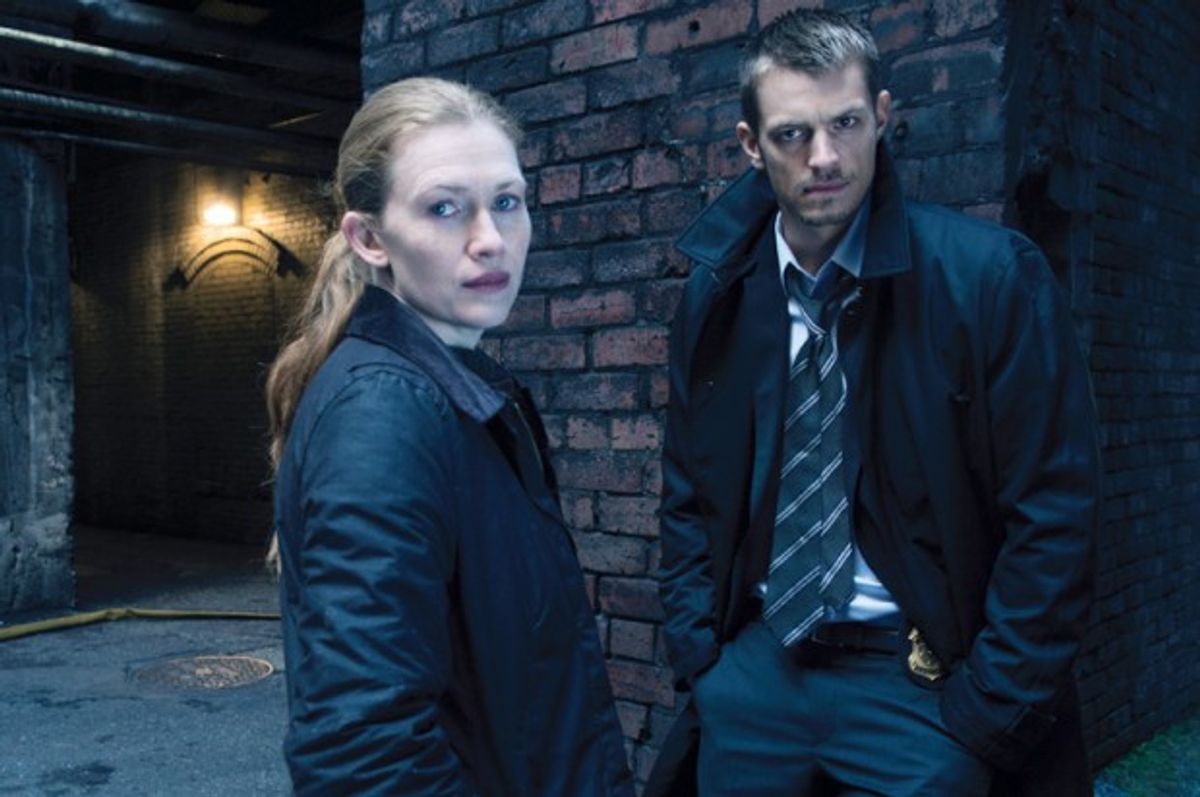 Laura Miller explains that like Dostoyevsky’s “Crime and Punishment,” Paul Collins’ “Duel With the Devil” offers deep insight into society through its handling of a grisly crime, offering a window into New York's political and social climate in the 1800s:

That’s how Paul Collins uses the famous real-life murder mystery at the center of “Duel With the Devil.” This sensational crime took place in Manhattan in December, 1799, on the very brink of a new century (or not quite, if you’re the sort of pedant who insists that the millennium didn’t really turn until New Year’s 1801 — and yes, those people were around back then, too!). The body of a young Quaker woman, Elma Sands, was found at the bottom of a well in Lispenard Meadows, a swath of marshy, undeveloped land that separated New York City proper from Greenwich Village, approximately where the neighborhood of Soho stands today. The guy almost everyone liked for the killer was Levi Weeks, a carpenter who lived in the same boarding house as Sands, an establishment run by Sands’ cousin, Catharine Ring, and her husband, Elias.

The temptation when narrating a story set in this kind of milieu is to adopt marked accents, the comic fodder of 100-plus years of American popular entertainment. Guidall wisely eschews that. There is a lilt to his narration, the flavor of a vaguely eastern elsewhere, but this adapts readily to both the Syrian Christian community where the jinni makes his place as a metalworker and to the semi-assimilated Jews among whom the golem finds a job as a baker. “The Golem and the Jinni” is less concerned with the specific ethnicity of either group than with the shared identity of all immigrants. What the golem and the jinni have in common is that they are immigrants to the human race. Andrew O'Hehir recommends indie eco-terrorist thriller "The East," co-written by Brit Marling and Zal Batmanglij, proclaiming it "morally murky film about anti-corporate resistance that we (or at least I) have been waiting for":

Ultimately, I guess Marling and Batmanglij want to argue in favor of a middle-ground reformist social policy that’s somewhere in between the absolute nullity of corporate whoredom and eye-for-an-eye vendetta campaigns derived from half-baked philosophy seminars. That’s politically reasonable and all, but it also means that the journey we take during “The East” is a lot more interesting than the destination, and it conveys a false impression of what the film is actually about. Seeking revenge on evil corporations is essentially a metaphor; this movie, like Batmanglij and Marling’s earlier mind-bender “Sound of My Voice,” addresses more mysterious topics like the perversity of group dynamics, the limits of human knowledge and even the nature of religious conversion or awakening. If you're a fan of the "The Killing," then good news: it's getting better --though that might not be saying much, according to Willa Paskin:

What I’m about to say sounds like an insult — is, basically, an insult — but is not just an insult. If the new season of “The Killing” had a motto it would not be, “If it ain’t broke don’t fix it,” it would be “If it is broke, still don’t fix it.” The show’s dedication to not fixing what is broken — creator Veena Sud’s faith that being a bad version of “The Sopranos” is somehow better than being a great version of “CSI” — is remarkable, but, in this new season, also, finally, sort of endearing. No one can say “The Killing” isn’t reliable. You know what you’re going to get. Its formula might not add up to much, but it does add up to something. Even a waterlogged clock with a symbolic nicotine addiction is right twice a day.