Vern Yip: My parents wanted me to be a doctor 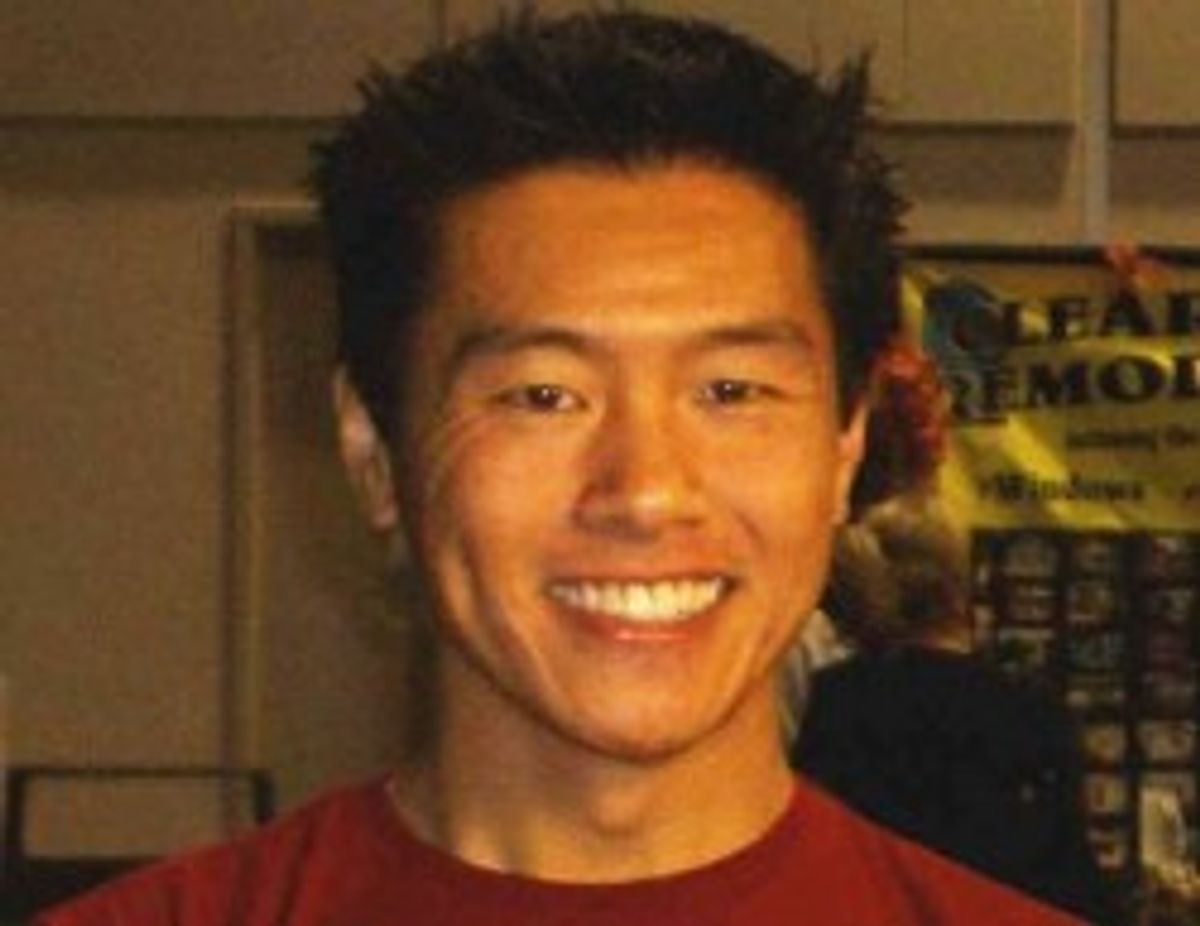 Interior designer and architect Vern Yip has been a mainstay on American television sets since he first appeared on Trading Spaces back in 2001. Since then, you've seen Yip improve America one room at a time on shows such as Deserving Design and Bang for Your Buck. He's also a longtime judge on HGTV Star, which launches its eighth season on June 9. Born in Hong Kong and raised in Virgina, Yip runs a design firm in Atlanta, where he lives with his partner Craig Koch and their children Gavin and Vera. We spoke to Yip via email.

Wikipedia says you are known for "frequently including silk, candles and flowers" into your designs. But how do you describe your design style? How can we know a Vern Yip room when we see one? And how, if at all, does your Asian heritage inform your design aesthetic?

For me, the client is always the most important component of any design, whether it’s someone being featured on a television show or a private client. So I always try to spend as much time as possible getting to know all the intricacies and layers of what is important to them. My hope is that my work is not as defined by a signature style as it is by a commitment to what it is that is important to the project. Having the space be a physical manifestation of its inhabitants is always the ultimate goal that I strive for. When your home feels like it has been customized to your functional and aesthetic needs, it’s better than any five-star resort on the planet.

If there was one visual thread that usually pulls my projects together, it would be a commitment to cleaner lines, whether the overall style is traditional, contemporary, or something in between. Asian design, at its essence, can also be defined by cleaner lines and perhaps that’s how my Asian heritage comes into play. I also think spaces layered with global influences, including those from Asia, are my favorite to implement and can be seen as a calling card of mine.

You earned degrees in economics and chemistry (and — Wikipedia again — toyed with the idea of becoming a karate master?) before finally settling on interior design. What was the clincher for you? And what did your parents think of your career choice?

I’m not sure where the idea came from that I toyed with the idea of becoming a karate master! That’s ridiculous on so many levels! I did, however, take a different path before becoming an architectural and interior designer. Like many Asian Americans of my generation, my parents made huge sacrifices to come to the U.S. so that my sister and I could be afforded the best education and most number of opportunities possible.

My parents definitely wanted me to have a stable profession, and the Chinese culture holds medical professionals in very high regard, so they encouraged me to pursue becoming a medical doctor. My mom always said that if she gave me a room full of puppies to pick from I would always pick the sickest one, so they also thought that I had the right temperament for becoming a doctor. I did my best to honor their wishes and was a pre-med student at the University of Virginia, where I focused on chemistry and economics.

Two weeks before I was supposed to commence med school studies, however, I finally had the courage to tell my folks that it wasn’t my passion. My whole life I’ve known that I love the worlds of architecture and design and I had to finally listen to my internal voice and pursue what I was put on this earth to do. Of course being my parents, they already knew about my passion for architecture and design and were just hoping that I could pursue that as a hobby since they feared that it wouldn’t be as stable as being a doctor. Very quickly, however, they came to support my decision.

Obviously every space is different, but what's one simple improvement our readers can make to their homes this summer that will make a big difference but won't break the bank?

Editing what you already own is completely free and will shed new light and appreciation on your prized possessions. People are magnets for “stuff” that can’t be fully appreciated when it’s competing for attention with other stuff. Everyone has trouble seeing the forest through the trees, so you may need a trusted opinion of a friend or family member who doesn’t live with you to help weed out some of your possessions.

Another idea is to employ a fresh color through paint. Paint isn’t free but it’s close to it. Changing the color in a room is a wonderful way to give it new life. Unless you have an enormous space, don’t just paint an accent wall, which tends to break up a room and make it feel smaller than it actually is. Additionally, consider shifting art and furniture from one space to another. Your eyes get accustomed to seeing things where they’ve been and you start to not fully appreciate things. By moving things you already own around your house, you can begin to take notice of your possessions again.

You've been appearing as a designer on TV shows for more than a decade now. Styles can change a lot in that amount of time. Have you ever caught a rerun and found yourself less than thrilled by something you had done? What are some design approaches that have definitely gone in and out of vogue since you've been on TV? And what are some fads popular now that you don't see lasting too long?

I’ve been on television for over 13 years now! I can’t believe how quickly it’s gone by. Thankfully, I think that most of my work has stood the test of time. By listening carefully to the functional and aesthetic needs of the homeowners, and delivering a generally clean-lined version of their expressed desires, I’ve generally protected myself from past projects looking too dated.

That doesn’t mean that I’ve loved everything I’ve ever done on the shows! There have been plenty of projects that I wouldn’t want in my own home. At the end of the day, however, I always remind myself that the project is for someone else and it's most important to put their needs front and center.

Design definitely goes through cycles and trends. When I started as an interior designer, Tuscan kitchens and sponge-painted walls were all the rage. Thankfully, those trends aren’t as ubiquitous anymore. At the moment, the industrial look seems to have real dominance but that will soon fade away, too. The best approach to creating timeless designs in your home that will endure is to surround yourself with the things that you love and that you are passionate about. No matter what the trends dictate, your home should be a manifestation of you, and as long as you follow that approach your home will never feel dated.

If you could choose three HGTV personalities to design three rooms in your house, who would they be?

I have such tremendous respect for my peers at HGTV. There are a lot of incredibly talented designers on our network. On top of that, there are some really nice people, too. I think Candice Olson is as nice as she is gifted, and Sabrina Soto couldn’t possibly be funnier or more genuine. In fact, all of my peers at the network are nice people and I am grateful for that.

As wonderful as everyone is, however, I wouldn’t let anyone else design rooms for me or my family, which is not meant to be disrespectful to the other designers on any level. We all have very different perspectives and points of view, and we all know what we want in our own homes, so I wouldn’t be too surprised if we all felt the same way!