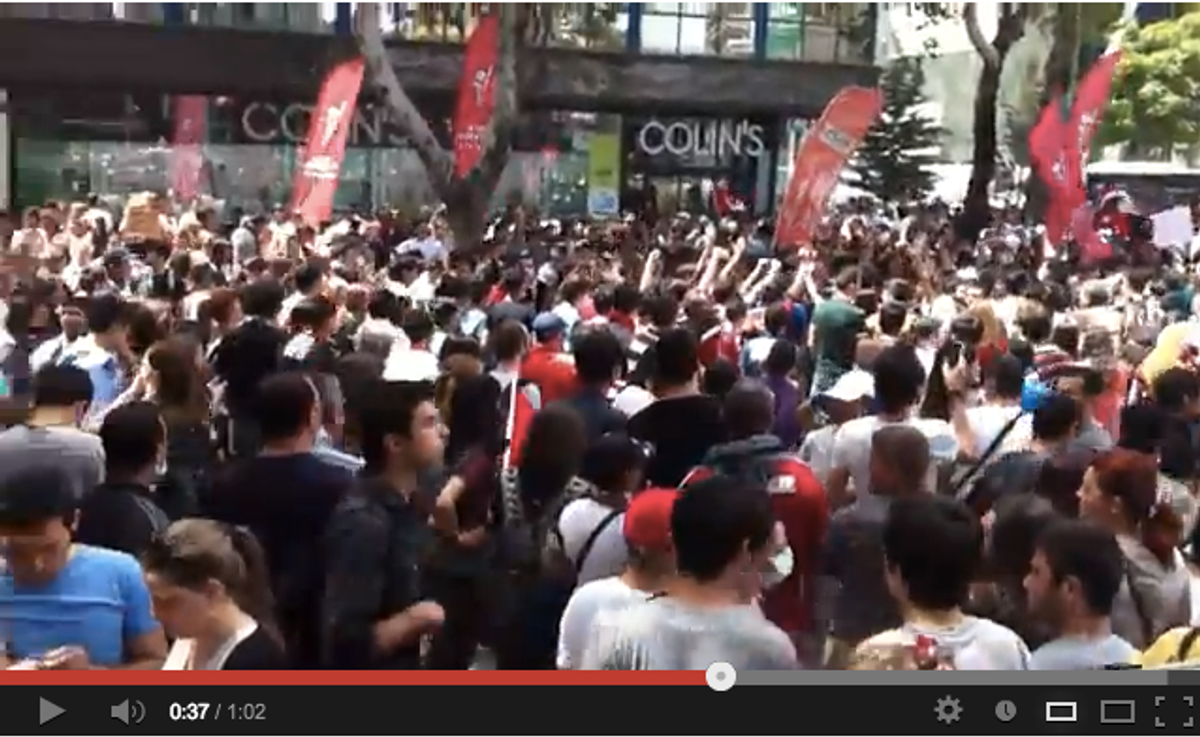 As Salon previously reported, the streets of Istanbul fell quiet early on Sunday, but by evening tens of thousands had returned to Taksim Square and other locations across Turkey to protest after a violent police crackdown on a Friday demonstration triggered widespread protests against Prime Minister Recep Tayyip Erdoğan.

Reports of the demonstrations on Sunday were mostly peaceful, but police used tear gas to disperse hundreds of people in the capital city of Ankara's Kizilay Square; police aggression was also reported in Izmir and Adana.

Video from Taksim Square in Istanbul: