Jennifer Weiner and Teddy Wayne make up, liveblog "The Bachelorette" 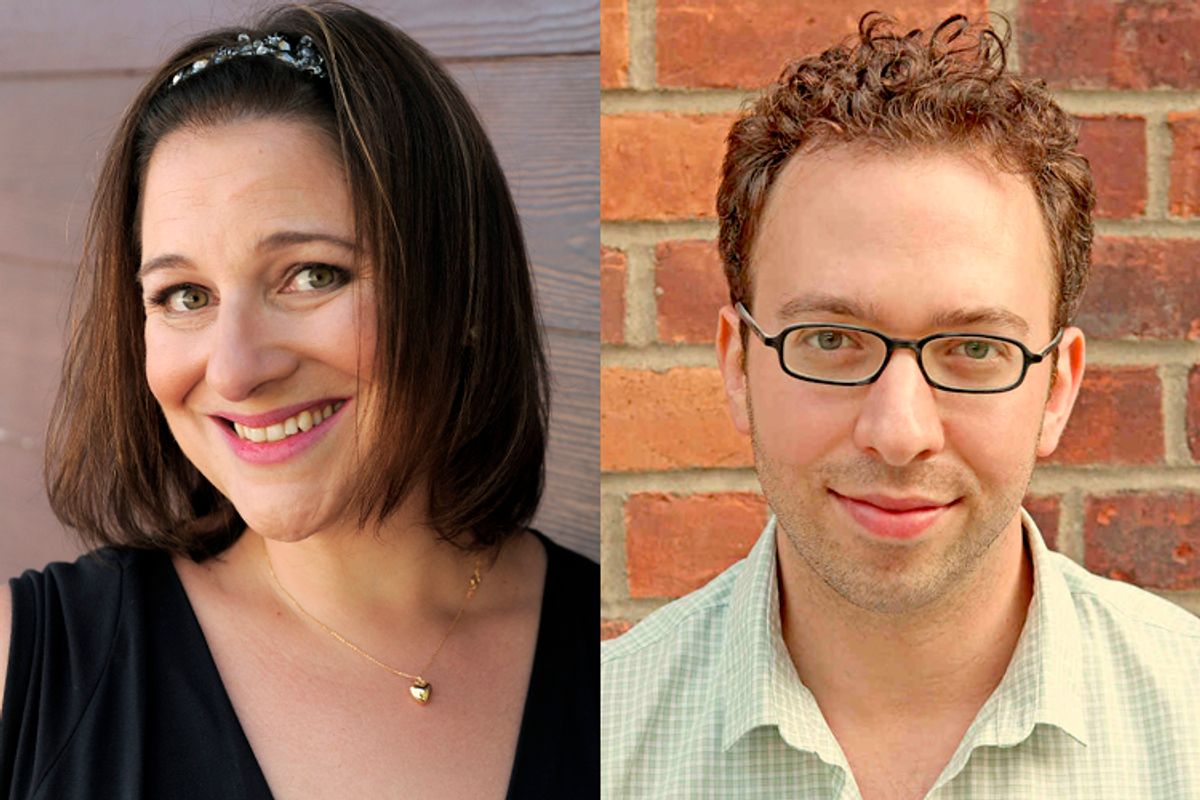 Jennifer Weiner and Teddy Wayne, who are joining forces to live-tweet "The Bachelorette" tonight, haven't always gotten along.

In Salon, Wayne critiqued Weiner's claims about the New York Times' coverage of female authors; Weiner has tweeted frequently about Wayne's recent success with "The Love Song of Jonny Valentine" (at least one of Weiner's tweets, in which she wrote with evident sarcasm, "Things still suck, unless you're Teddy Wayne?" is preserved on Storify but otherwise no longer exists).

Jennifer sent me a genuinely remorseful email over the weekend, apologizing for our little tussle and explaining the evolution of her views. I expressed regret over my somewhat snarky treatment of her in my article for Salon a few years ago and retracted many of my original arguments, as well. I mentioned how I've recently seen several deserving female writer friends get dismissive treatment from the establishment, treatment that has struck me as unjust and based primarily on their gender, and how I've recognized that I, at least, really have nothing to complain about. Jennifer graciously offered to help promote one such friend's upcoming debut novel, something she does frequently for other writers. It's not exactly on the level of Israel-Palestine, but I'm glad we could broker a detente.

Weiner, a writer with a long history of cannily turning debates to an entirely new angle that places her work and arguments at their center, has extended the olive branch to many more than Wayne:

Over the weekend, I reached out to Teddy, and Jennifer Egan, and Meg Wolitzer and Andrew Goldman (with whom I'm kind of friends with already -- after the whole Twitter mess I talked to Jill Abramson and Margaret Sullivan and said he'd made an honest -- if jerky -- mistake, and that he shouldn't be fired or suspended). I asked them all if they thought I was feuding/bullying or otherwise being a jerk. (As far as I can tell, Claire Messud and Jonathan Franzen are unreachable).

I got some really nice responses, along the lines of "I think you're being brave" and "I regret what I said about chick lit" and "don't let the bastards get you down." So I'm feeling a lot better about the whole thing. Still a little picked on and raw and misunderstood -- I want to make things better for commercial women writers, not make enemies! -- but being outspoken doesn't always make you Miss Popularity.

Either way, the pair's liveblog should read as fluidly as a great novel -- no matter the genre. Wayne said he's watched "The Bachelorette":

And, yes, I'm familiar with "The Bachelorette" -- with my girlfriend, I watched most of the season with Emily, and caught up on this season's premiere last night. The guy with the kid is a lock.

Here's to opening one's heart and letting love in!