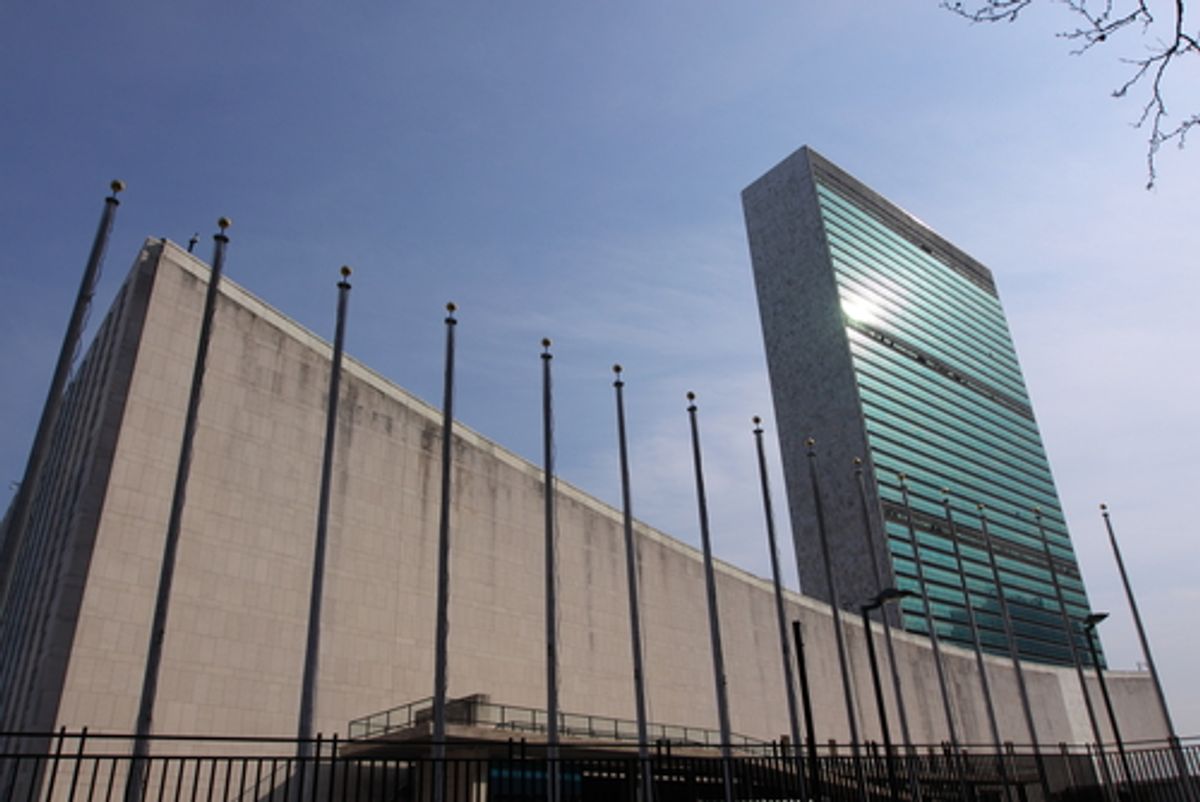 In a ceremony at the U.N. headquarters in New York Monday, top arms exporting nations including the U.K., Germany and France signed the first internationally binding treaty to control the global arms trade. The U.S. has accepted the treaty and is expected to sign it in the coming months. Although historic in precedent, there is concern over the effectiveness of the treaty without a consensus of countries signing on. Via the Guardian:

The landmark pact is aimed at stopping illegal trafficking of weapons into conflict zones and fuelling wars. It will require signatory countries to regulate the transfer of conventional arms, parts and weapons, and to conduct full risk assessments on arms transfers before they take place. It does not cover the use of weapons in conflicts.

The U.N. agreement will take effect once it is ratified by more than 50 countries. The strength of the agreement will depend on which countries ratify it and how it is implemented.

Critics have expressed concern over how effective the treaty will be without consensus.

Syria, North Korea and Iran voted against the treaty, while Russia, China, India and several other countries abstained.