Swiffer recasts feminist icon in ad about cleaning the kitchen

Swiffer nods to "Rosie the Riveter" in a new campaign about women's groundbreaking role in ... housework 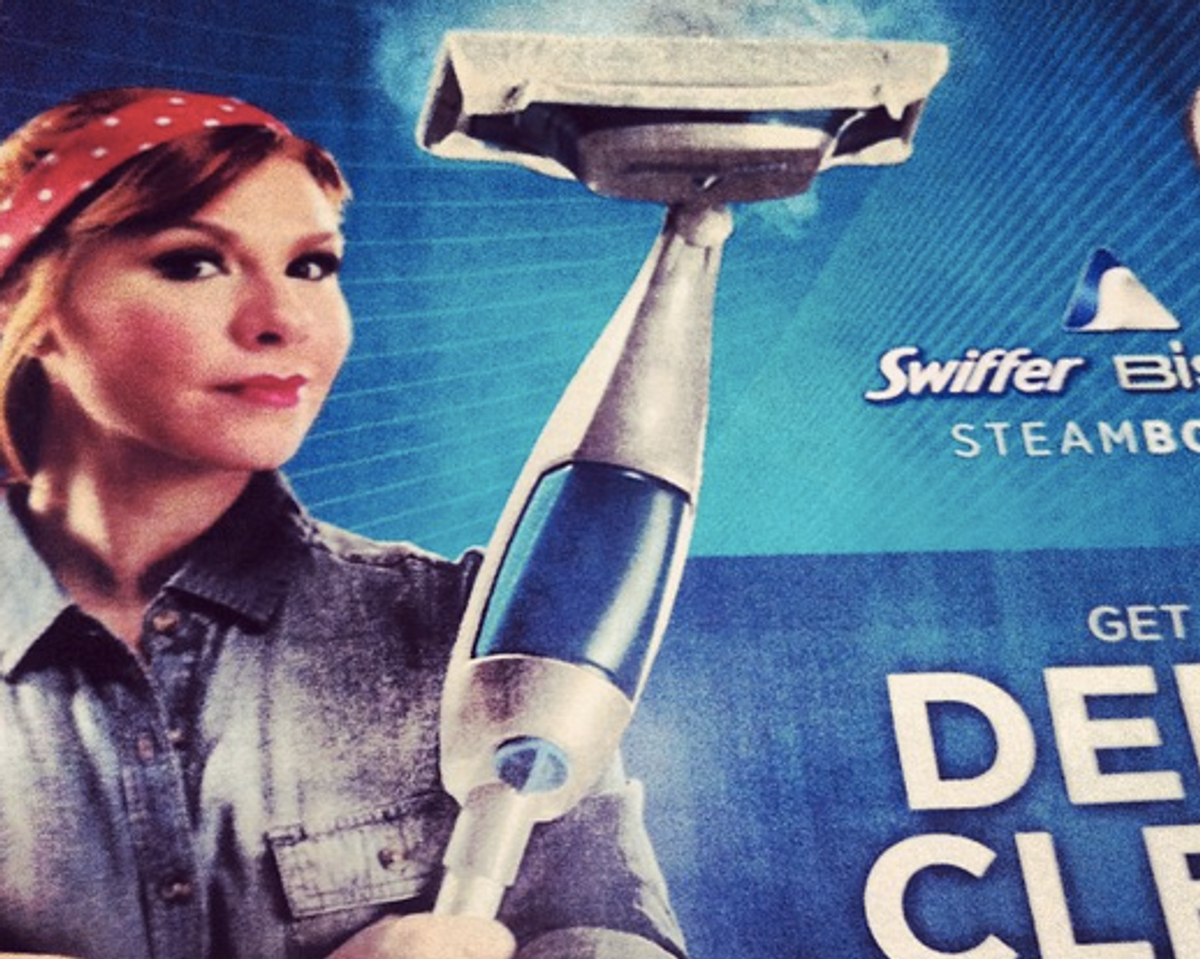 In a new ad spotted this weekend, Swiffer has recast a groundbreaking feminist labor icon in a campaign about cleaning house.

The ad features a woman in a strikingly similar pose and style of dress as "Rosie the Riveter," who was introduced through the Westinghouse Co.'s iconic 1942 poster about women's labor during World War II, and would come to symbolize women workers in traditionally male professions and serve as a rallying image for gender equality more broadly.

The ad has received its share of criticism on Twitter, with many bristling at the message behind putting a mop in the hands of a barrier-breaking symbol for women's work outside the home.

Quick note to Swiffer: If you want to appropriate a symbol for gender equality in an ad about household chores, try casting a man in it next time.