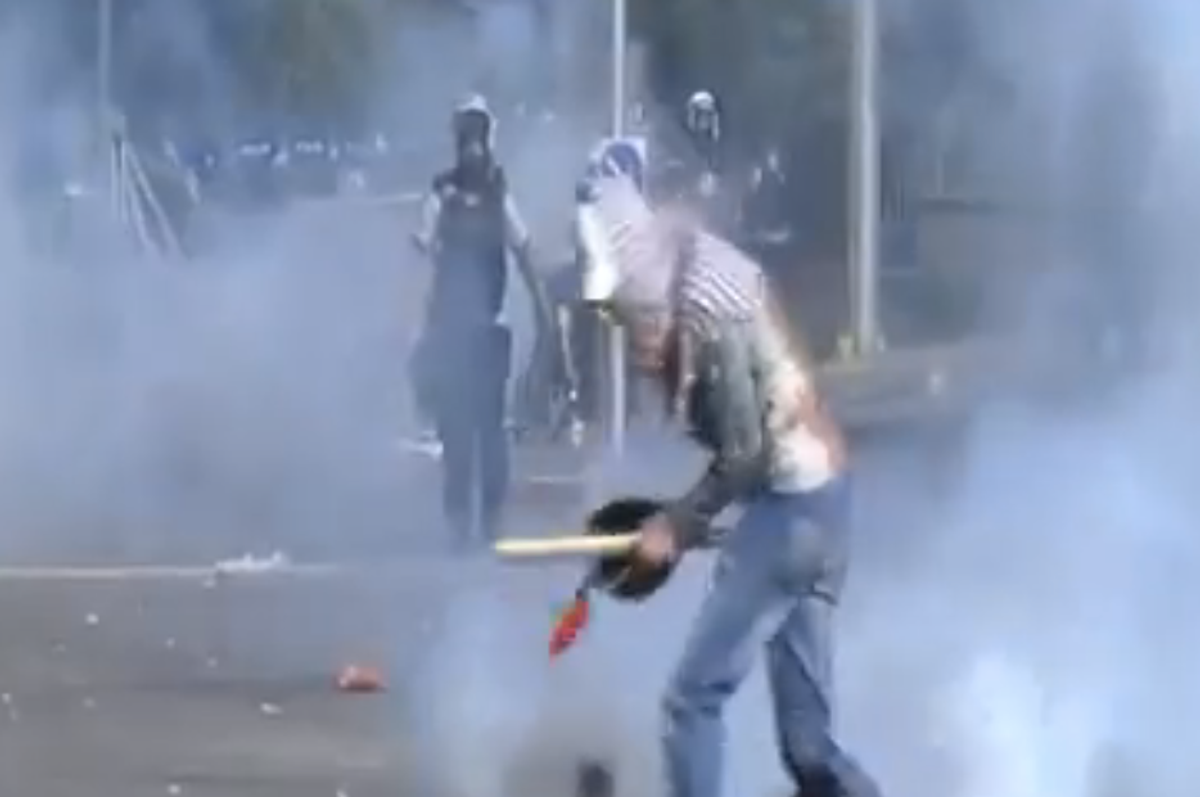 This striking video shows riot police aim tear gas canisters directly and at close-range at a protestor. This constitutes an entirely illegal useful of the purportedly less-than lethal weapon:

Meanwhile, this footage captures protesters wresting riot shields from the police and using them for their own purposes:

And in this video, we see protestor hijack an excavator to drive back police -- an importantly symbolic move, as the urban unrest is as much a fight against the government's commercialized reconstruction of the city as anything else:

This footage from Ferit Katipoğlu captures marching then careening crowds on the fifth night of unrest: