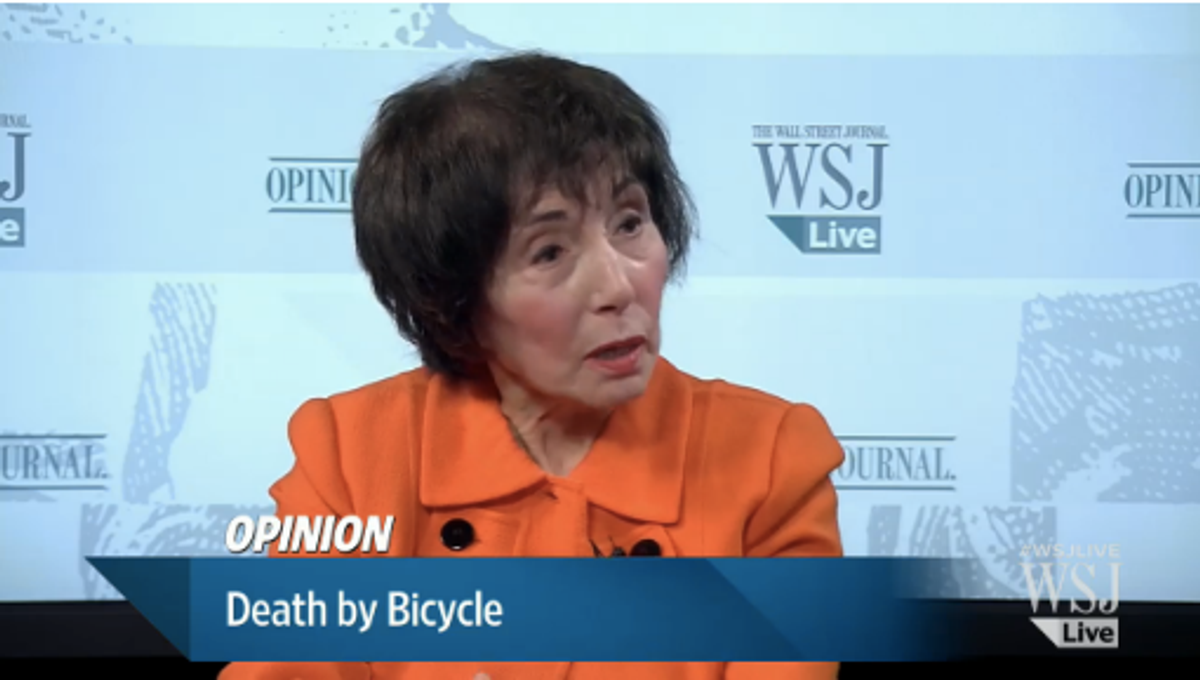 Comic book villain Wall Street Journal editorial board member Dorothy Rabinowitz will not be silenced by the "all-powerful enterprise" of the bike lobby a moment longer. In a courageous interview with the paper, Rabinowitz advocates on behalf of the "majority of citizens of [New York City]" who are "appalled" by the new bike sharing program and its many attendant dangers.

Think that's the very worst of it? Think again.

To find out more, just watch as Rabinowitz spends five minutes explaining how New York has never known a menace as great as a bike share program: