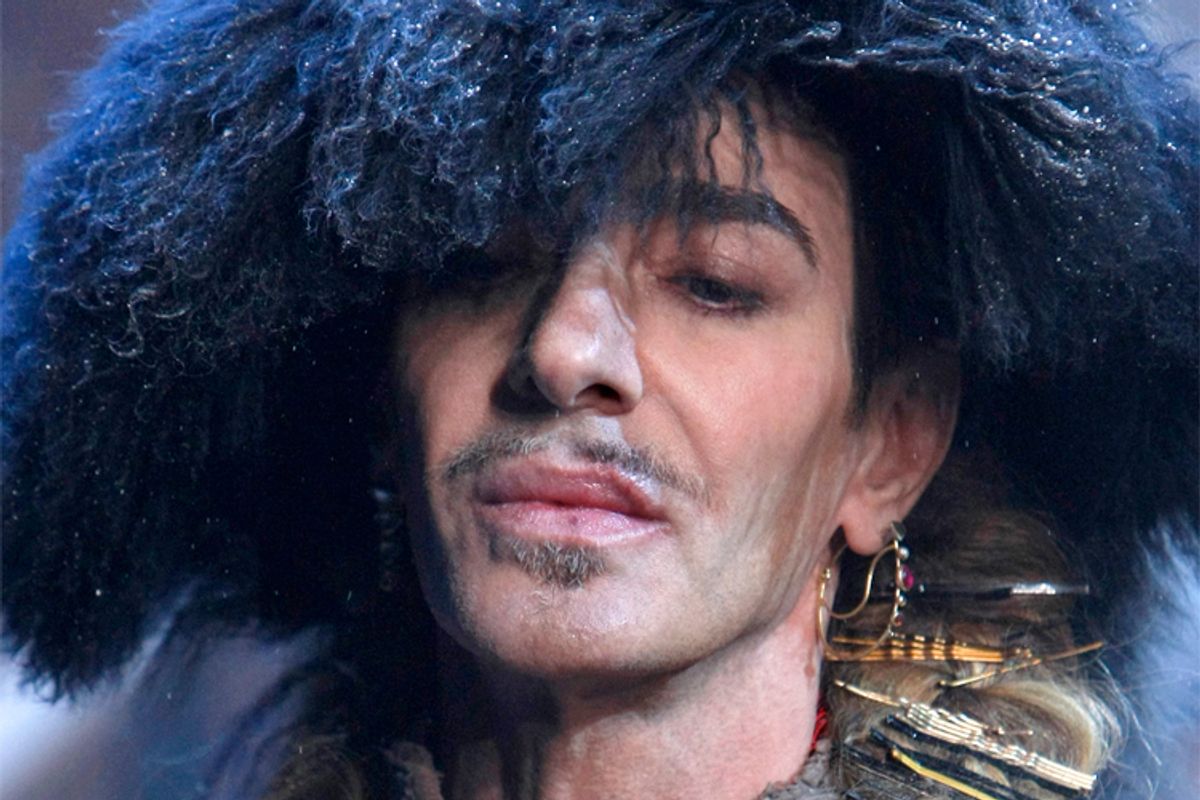 Former disgraced designer John Galliano, who was fired from his post as Dior head designer in 2011 after a video of him drunkenly professing his love for Hitler went viral, is looking to make a comeback in the fashion industry.

In the preview for the magazine's cover story, Vanity Fair explains that Galliano has been "taking certain steps to atone" such as: "reading books on the Holocaust and Jewish history, meeting with Jewish leaders, and reaching out to members of the larger fashion community, including retailers, as part of the process of making amends and possibly returning to work."

Part of his atonement has also included confronting his alcoholism.

It's Galliano's first interview since the incident -- and "the first interview he has ever given sober" -- according to Vanity Fair, and Galliano says that he's been sober for more than two years, now, and acknowledges the damage his alcohol abuse caused himself, his friends and the industry.

The new self-effacing, apologetic tone is a significant change from the loud and irreverent attitude he'd adopted for years, on display in a 2009 WWD profile:

The designer’s fondness for big fashion themes, from Mata Hari to Native Americans, has sometimes led him into politically incorrect waters. His spring 2000 collection for Dior, inspired by homeless people, caused the loudest uproar. “I don’t feel the need to apologize,” Galliano told WWD that year, calling his critics “bourgeois people, condescending and smug.” And anyway, as he remarked to W in 2002, “better to be talked about than not.”

Now, Galliano is ready to acknowledge his critics -- or at least, his friends. "Even now I’m still learning every day how many people I hurt," he said.