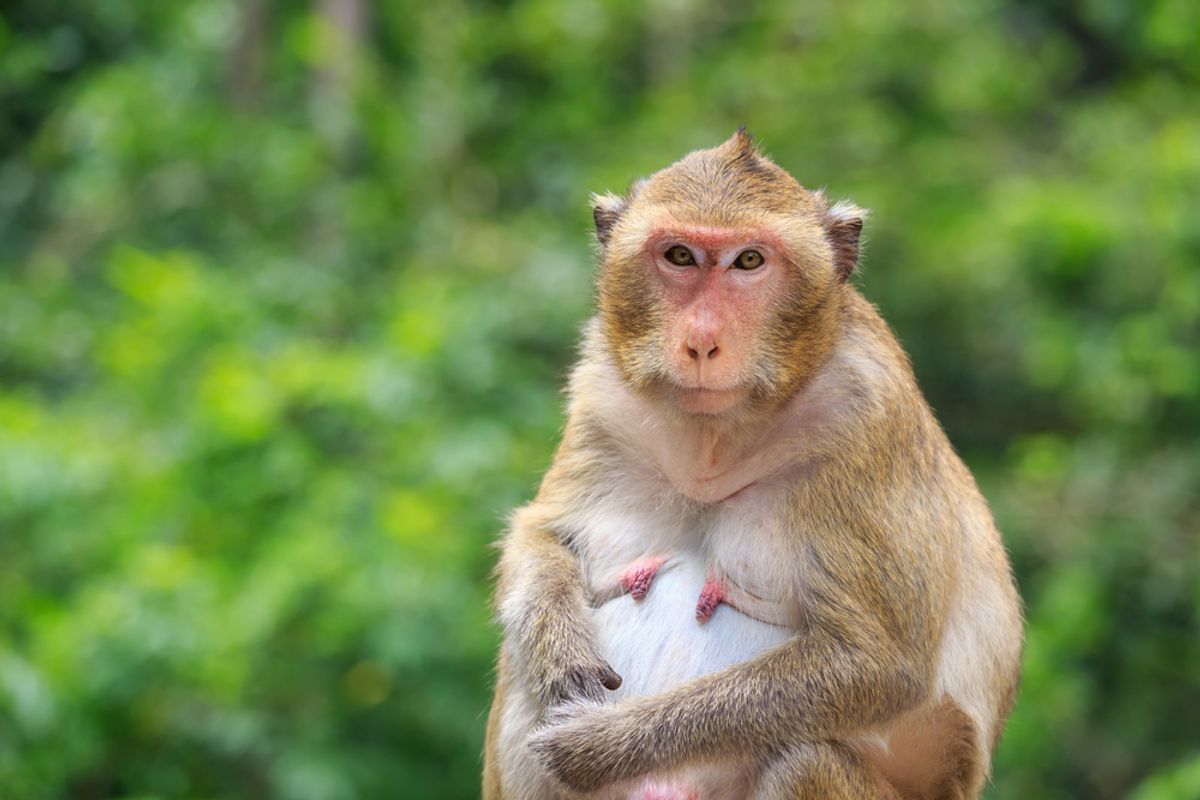 For centuries, a dominant majority of Western philosophers and intellectuals have asserted that humans are the “rational animal.” Our ability to reason, so the logic goes, is the one thing separating us from the plethora of other animals on the planet. Instinct, passion, and emotion, traditionally assigned to the animal side of life, often meant that being “good”—being the sort of human who behaves morally—required a removal of the animal or “beastly” nature that resides somewhere deep within our fleshy bodies.

In recent decades, however, this fragile logic has been falling apart. It’s become increasingly clear that while our digital technologies behave quite rationally, they are often deeply cruel. And on the other side of the ledger, the accumulation of data on animal behavior makes it more and more difficult to support the claim that “goodness” is something that only humans exhibit.

Primatologists, who study our evolutionary kin, have been in the vanguard of researchers and thinkers to upset the territorial boundaries that demarcate a spotlessly pure sort of human life. Jane Goodall’s fieldwork in chimpanzee communities allowed her to witness things like a young male chimp doing a rhythmic dance in front of a waterfall. It appeared, to Goodall, reverent and seemingly purposeless. She’s speculated that this might be evidence of something like ritualistic religion in the lives of other primates.

Public debates about religion in the contemporary U.S. are still rooted in debates about belief. Prominent public atheists like Richard Dawkins speak about religion as though it’s something we need to understand rationally. How would these public debates change if we were to start thinking about the animal edges of religious life—the ways in which religious life has more to do with so-called animal instinct than we’ve often imagined? This is, precisely, where primatologist Frans de Waal’s new book The Bonobo and the Atheist (W.W. Norton, 2013) appears to be intervening into these hot-button conflicts.

People like Dawkins, says de Waal, are going about things in the wrong manner. “The question is not so much whether religion is true or false,” he writes, “but how it shapes our lives, and what might possibly take its place if we were to get rid of it the way an Aztec priest rips the beating heart out of a virgin.” What this violent metaphor is meant to gesture towards is “the gaping hole” that would be left by “the removed organ’s functions.” It seems to suggest that religion is some serviceable physiological element in the human body politic.

But de Waal isn’t really trying to “save” religion from atheists like Dawkins; there’s much about religion that de Waal finds troubling and problematic. The big targets for de Waal are what he calls “top down morality” and human exceptionalism. Top down morality is linked to the assertion that morality comes to human life from somewhere “on high,” which might be taken to mean that human life receives its morality from a transcendent, out-of-this-world, divine.

But de Waal notes that top down morality isn’t a purely religious problem. He attacks, for example, the philosophical presumption mentioned earlier, that morality is a matter of reasoning—that we reason our way “up” to moral action or decision. Likewise, de Waal takes issue with human exceptionalism—the idea that morality is something that only humans are capable of—regardless of its origin. Religion is a target, for de Waal, to the extent that it supports each of these presumptions.

The book, then, is a conversation about the common ground among atheists and bonobos. According to De Waal, for example, both make it clear that religion has—lamentably and unjustifiably—been given credit for human morality. De Waal emphasizes over and over again that morality is probably embedded into our biologies, though he also seems to suggest that the communal life of primates like bonobos may also indicate that this social thing we call “religion” is more biological than many atheists would have us believe.

The bulk of the book is spent supporting his central claim that morality comes from the “bottom up”—that it’s an aspect of social life we share with other creatures. In this regard de Waal’s case is deeply convincing. Presenting evidence from his studies of bonobo and chimpanzee communities (as well as work done among other animal populations, by other researchers), de Waal argues that morality comes from a kind of “altruistic impulse” that’s part of our complex embodied emotional life as social primates. He points to example after example of forms of care in the social life of other creatures—instances where they look after the welfare of one another, even when it doesn’t appear to be in their own best interest as individual entities. Apes, particularly bonobos, display many examples of what often goes by the name of “goodness” in human life. De Waal describes this as a form of “community concern” and suggests that this is the crux, or seat, of a bottom up analysis of morality.

De Waal seems to believe that religion may have been part and parcel of this “moral evolution,” but that it may have done its job at this moment in human history. As a lapsed Dutch Catholic, de Waal promotes what boils down to a version of secular humanism, suggesting that this should be a viable trade-off that could help human societies ease religion out of the body politic without ripping it out like the virgin’s beating heart.

Secular humanism has, of course, also been accused of advancing forms of human exceptionalism by thinkers working with an eco-critical lens, but this is not a part of de Waal’s analysis. The book is ultimately most interesting and engaging when speaking directly about the social life of non-human primates. De Waal’s analyses of religion are much weaker.

On one level, it does seem that de Waal is attempting to destabilize the simplistic lines that have been drawn between complex, entangled phenomena, such as religion and science or religion and the secular. (He suggests, for instance, that scientists, as a community, get something akin to spiritual satisfaction from their involvement with scientific discovery.) But, while he argues that religion is “universal”—part of “our social skin” as humans—it sometimes seems that “religion,” for him, is basically Christianity, or a monotheistic belief in “the almighty God.”

This is not, as generations of scholars have been at pains to argue, a human universal. De Waal makes the claim that humanism is “nonreligious,” but it’s never entirely clear what makes it so—simply a lack of belief in the God of monotheism? De Waal’s latest book may help to shift the rhetorical frame of these high-profile, popular public debates over the role of religion in public life, but it remains unclear how much it will contribute to a more nuanced analysis of religion itself.