His breakout role was Dwight the Troubled Teen on "Letterman" 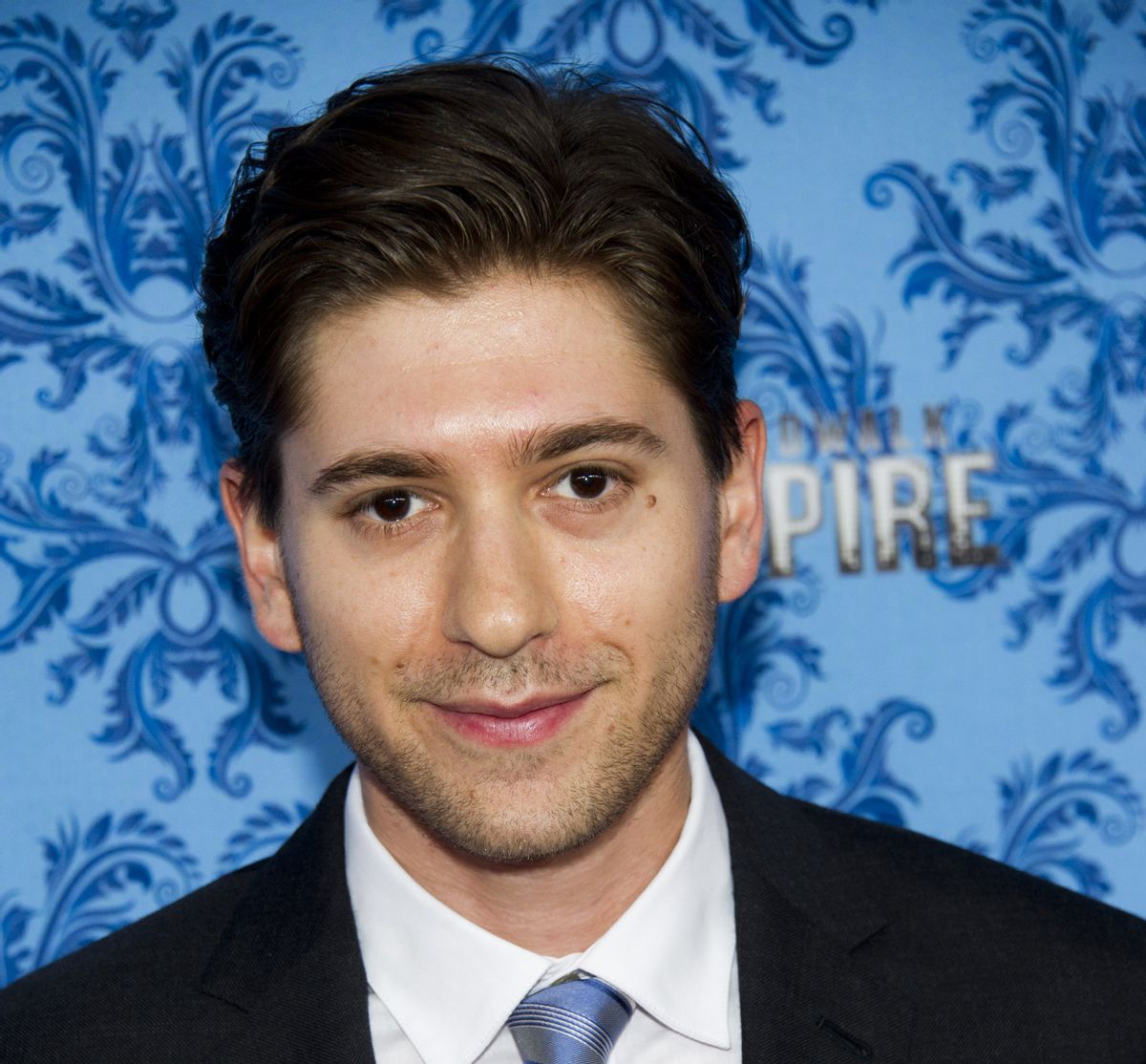 Two months after Christopher Abbott's sudden departure from "Girls," Lena Dunham's hit show has brought on actor Michael Zegen. It's unclear whether Zegen will fill Abbott's role as Marnie's (Allison Williams) love interest on the show or assume a new identity entirely, but here are four things to help you get acquainted with the latest "Girls" star:

1. You've probably seen Zegen on TV or film already. He's appeared in "Adventureland," played Damien Keefe in "Rescue Me," acts as mobster Bugsy Siegel on "Boardwalk Empire" and appears alongside "Girls" co-star Adam Driver in "Frances Ha," currently out in theaters. Here's a reel with some of his scenes:

2. Zegen graduated from Skidmore College with a degree in theater and got his first big break on TV playing Dwight the Troubled Teen on "Late Show With David Letterman." He told Black Book Mag:

It was amazing. I didn't know it was going to be a recurring gig when I got the part, and then they kept calling me up like every week. I felt like a doctor; I had to be on call, I couldn't go anywhere. But it was great and I got to meet so many people. They'd put me in the green room and so many famous actors would come in before they went on the show and hang out, and they were just as nervous as I was. I never really got to hang out with Letterman, he's very quiet—at least to me.

3. Zegen also performs sketch comedy in New York City with his group, Hottie$ Galore; they still perform a few times every year. Here's a video of them rapping at a show in 2006:

4. Zegen started acting in commercials and moved into theater as a kid. Recently, he starred in Roundabout Theater's production of "Bad Jews," which he described as both a comedy and a drama. "You'd be surprised. There were nights when you couldn't hear a peep from the audience. But there are serious elements to it," he told Black Book Mag.

While talking about the production, Zegen, whose family is Jewish, revealed to Theater Mania that his grandfather is a Holocaust survivor:

Zegen relates one of his family's stories of lore. "My grandfather [who was a Holocaust survivor] discovered years after that his brother had survived [also], and then they met up, and apparently had a fight, and then they never talked to each other ever again."

Zegen will appear in another production of "Bad Jews" this fall.