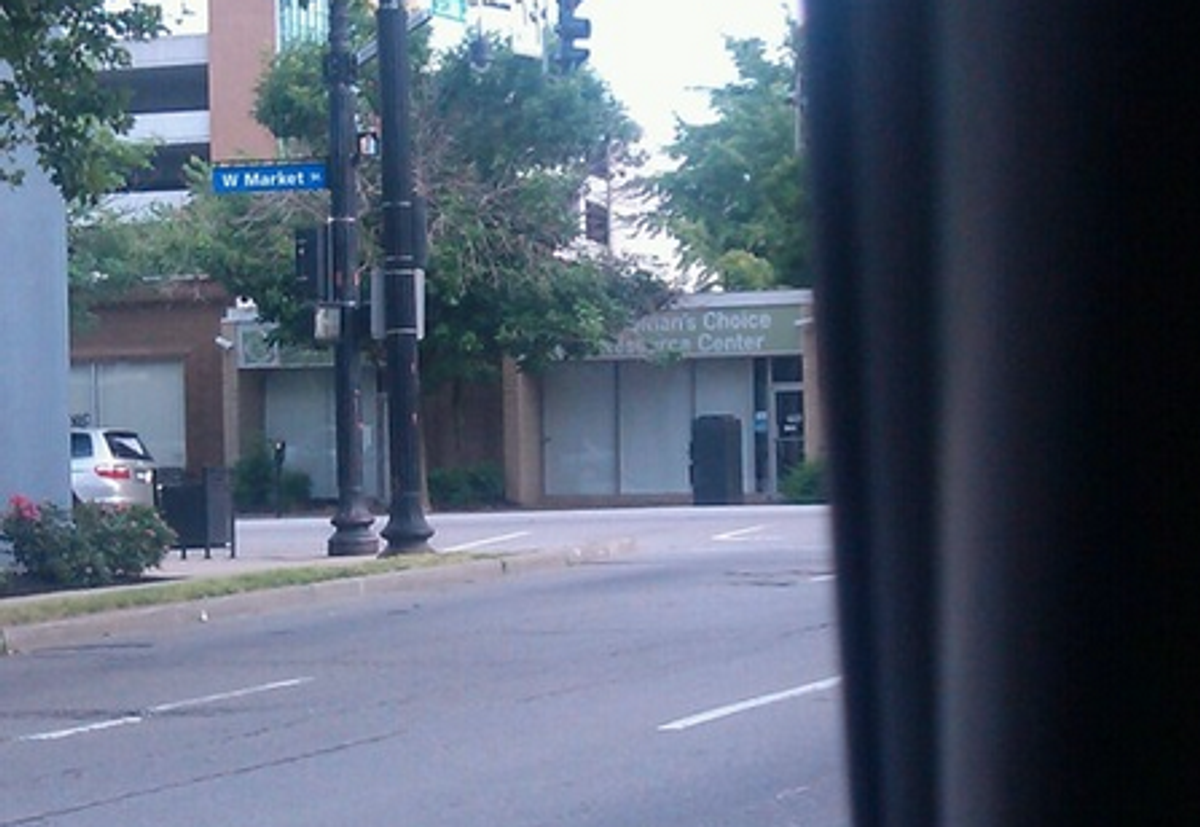 A Woman's Choice Resource Center and EMW Women's Surgical Center are both located on the same block in Louisville, Ky.; one is an antiabortion crisis pregnancy center, the other is the state's only licensed abortion provider. Can you guess which is which?

If you can't, you're not alone. And that's pretty much the point, as a group of Reddit users recently discovered.

Like other crisis pregnancy centers, A Woman's Choice is intended to look like a comprehensive reproductive health care facility; its employees even use the language of "choice" to deceive women into thinking they provide abortion services. But A Woman's Choice is an anti-choice religious nonprofit affiliated with one of Kentucky's largest evangelical churches, not an abortion provider.

The practice is common among other antiabortion nonprofits, but the deception behind A Woman's Choice has sparked renewed outrage among a group of Redditors. On Monday evening, a Reddit user submitted a photo of the crisis pregnancy center with this text: The post quickly went viral, sparking other subreddits. Outraged Redditors soon bombarded the facility's Facebook page with comments like, "What is the difference between anti-choice and this resource center? False imprisonment, sexual harassment, sexual assault, harassment."

The Redditors' fury overwhelmed the page, eventually prompting a response from A Woman's Choice, which attempted to minimize the criticism:

For anyone lured by the falsehoods recently posted in a Tumblr miniblog [sic] about us, remember that old adage: you can't believe everything you read. If that post had a shred of truth, the police would be more than willing to investigate, because they come around the neighborhood on a regular basis. We have security video on the sidewalk and so does the abortion clinic next door. We know it is fun to perpetuate the false beliefs held by those who don't like us, but it doesn't really do anyone any good.

But the Redditors' claims about A Woman's Choice and its deceptive practices around abortion care are far from false. As a 2006 piece in the New York Times notes, employees at the center are given scripts on how to bring in women inquiring about abortion care, where they can be talked out of the procedure:

If callers ask how much the center charges to perform an abortion, Lisa Arnold, a counselor and leader of the postabortion group, said: "I say, 'It changes, but why don't you come in for an ultrasound and we'll talk about it.' You don't want to deceive them, but you want a chance to talk to them." Once women come to the center, staff members -- who oppose abortion even in cases involving rape and incest -- encourage them to make further appointments, and refer them to doctors who share the center's views on abortion.