The cracker company makes a bid for the misogynist market. What was it thinking? 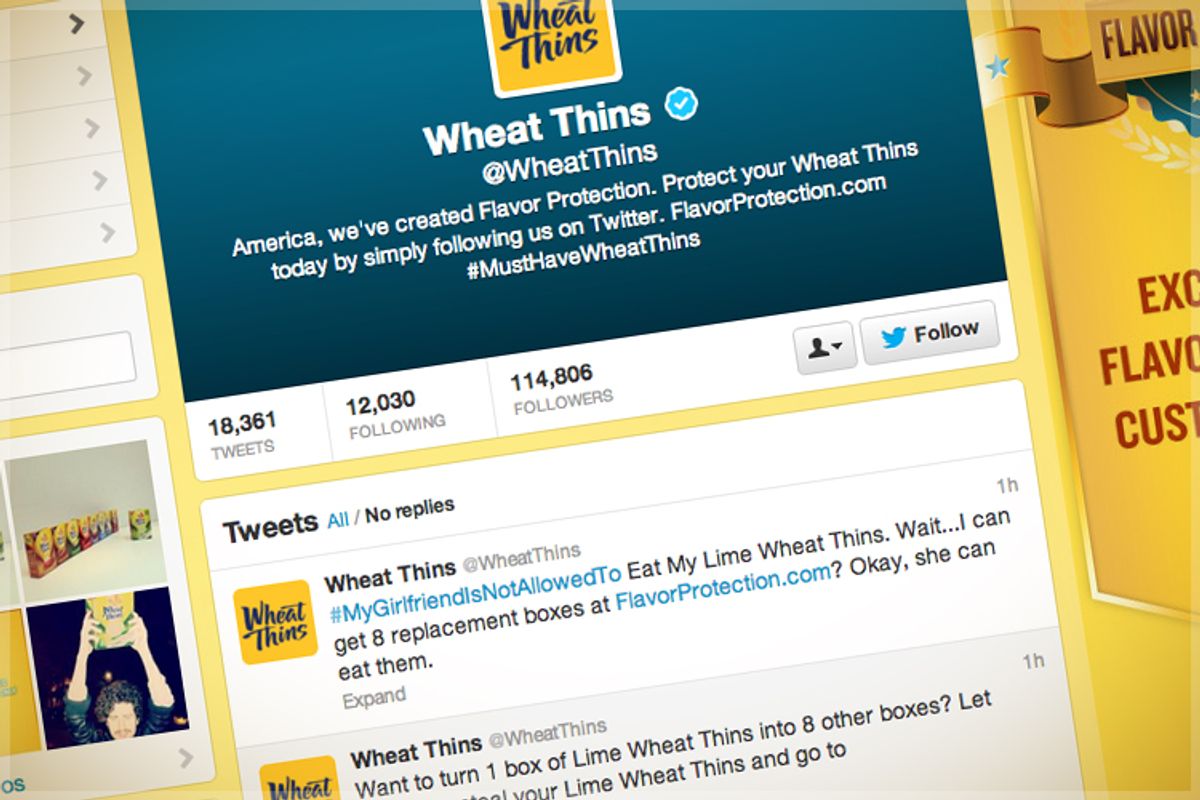 What the hell is Wheat Thins thinking?

Ironic co-optation on Twitter is a fun game for the whole family to play, but that doesn't mean it's smart territory for a Nabisco snack food subsidiary to invade. Around noon, if you clicked on that hashtag, the first thing you saw was a "Promoted Tweet" from Nabisco.

Seriously? "My girlfriend is not allowed to eat my Lime Wheat Thins"?

I'm guessing someone in Nabisco's social media department was thinking, hey, why not join the fun? We can be hip jokesters too! But when you take a closer look at what they've just associated their brand with, it seems like a remarkably stupid decision.

And so on. Good grief.

UPDATE: That was fast. The tweet still exists, but it is no longer "promoted."