At least one other person is trapped in the rubble 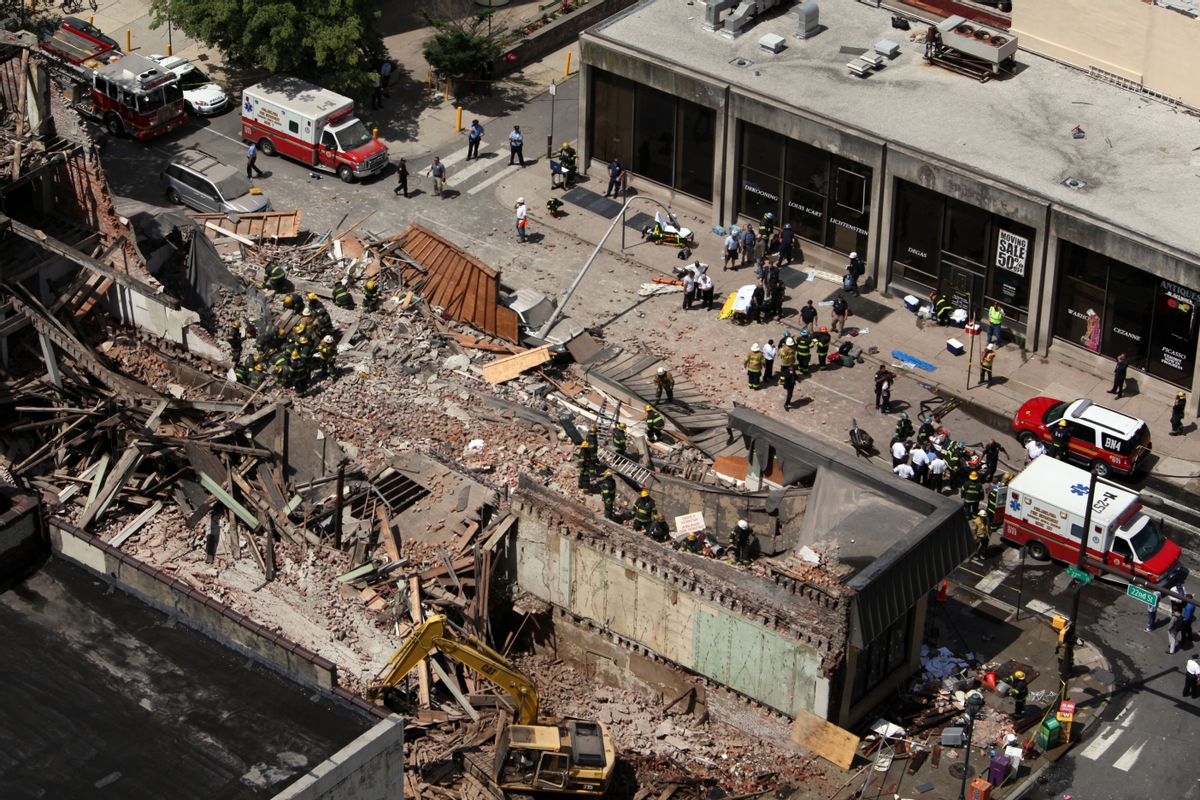 Facebook
Twitter
Reddit
Email
view in app
PHILADELPHIA — Thirteen people are injured and at least one is still trapped in the rubble after a building collapse on the edge of downtown Philadelphia.A four-story building being demolished collapsed on Wednesday, raining bricks down on a thrift store where people were shopping inside.
Fire Commissioner Lloyd Ayers said rescue crews are trying to extricate the one person who remains trapped inside the shop, which was crushed by falling debris. When asked about the person’s condition, he declined to comment.The 13 people who were injured were taken to hospitals. Officials say nearly all had only minor injuries.

The collapse involved a building that once housed a first-floor sandwich shop and apartments above. Much of the debris from the building landed on a Salvation Army thrift store next door.