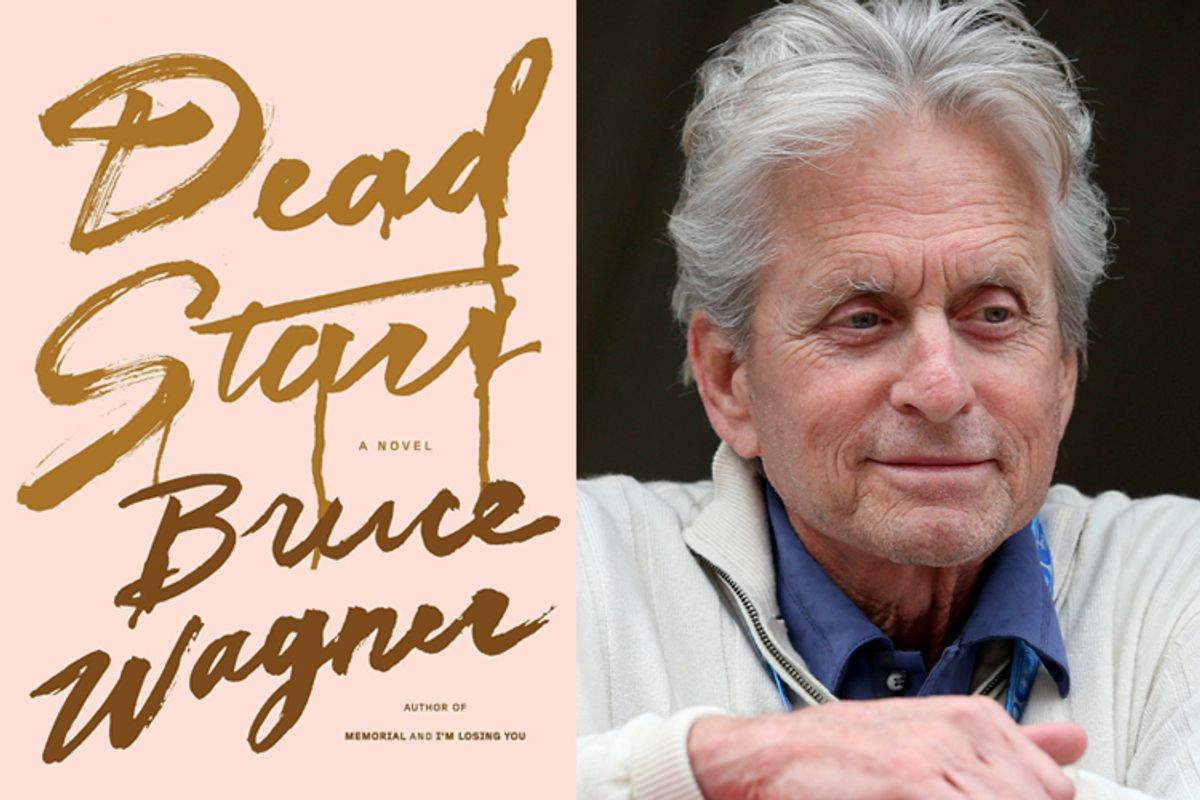 There are some writers who just innately know the times in which they write.

Bruce Wagner's "Dead Stars," released last August, was a look behind the curtain at the symbiotic, gross relationships between stars, paparazzi and fans of all stripes. And in one paragraph, the character Jerzy, a driven, vulgar celebrity photographer, speculates that Michael Douglas got cancer from oral sex -- as the actor himself recently speculated.

[Jerzy] wondered if Douglas got his C by being wayback viral throatstroked by papilloma ... seems like a person would have to go down on a boatload of broads to get the HPV in the gullet (well, do the math), if the actor scarfed half as much pussy as dimpled dad Kirk -- King Leer, Kirk the lyin' King -- then he just might have qualified.

Reached by phone, Wagner, who lives in Los Angeles, said that he couldn't quite recall whether this was rooted in reality. "I think that there was something in the air about HPV, but there's so much in that book that becomes a blur in terms of current reality. When I look at my books, you'd need a forensic archaeologist. So many things that are in the air I breathe, I employ in my books." As for Douglas' announcement itself, Wagner called it "really funny. There's no way fiction is stranger than reality."

Either way, it must be sweet vindication after a disgusted review in the New York Times by Michiko Kakutani. The critic wrote: "Perhaps the more septic aspects of our real-life celebrity culture are so absurd that they are difficult to send up effectively."