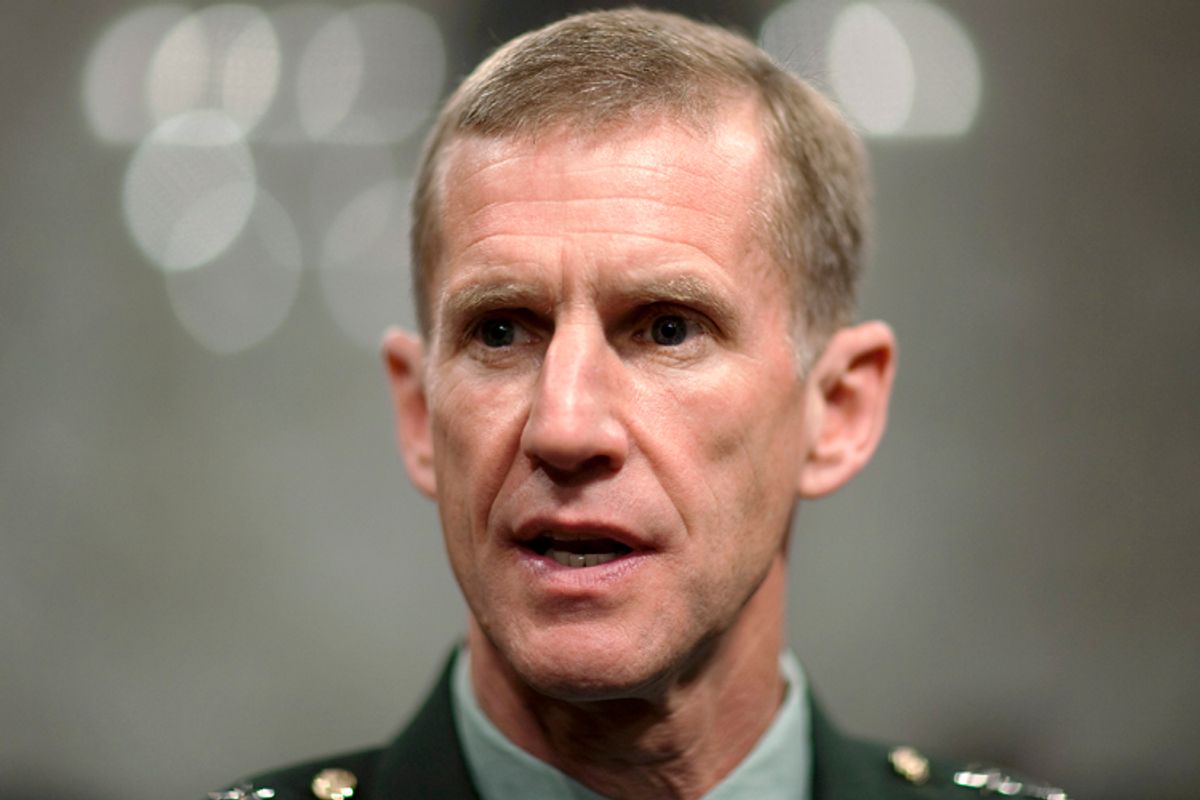 As scrutiny is finally applied to how the military handles sexual assault, it's worth considering our culture of military worship more broadly. One of the great taboos in 21st century America is to in any way equate military service with any other kind of service. Anything martial is expected to be held up as innately better and more important than everything else.

This, of course, is the true definition of the theology of militarism - a worship of all things martial. It is America's civic religion and explains much. For example, it explains why we have a Memorial Day that remembers those in the military who lost their lives but still excludes those other civilian public servants who also lost their lives while on the job. It also explains why we have a political culture of Military Exceptionalism - that is, a culture that deems it perfectly acceptable to slander civilian public employees but almost never acceptable to criticize the public employees who comprise the armed forces.

This double standard in the way we treat military service and other public service isn't constructive. In fact, it's needlessly destructive. And here's some good news - one of this era's highest ranking military officials evidently agrees.

At age 18, every young man and woman would receive information on various options for national service. Along with the five branches of the military, graduates would learn about new civilian service branches organized around urgent issues like education, health care and poverty...

Some, particularly after having just observed Memorial Day, might think that only war is capable of binding a generation and instilling true civic pride. But you don't have to hear the hiss of bullets to develop a deeper claim to the nation...

(A) transformation is not exclusive to the military. Those who disagree need only visit young teachers working 18-hour days together in the Ninth Ward of New Orleans. In rural Colorado health clinics, in California's forests, or Midwest neighborhoods devastated by tornadoes, skeptics would see teams of young people—affluent and poor, college-educated and not—devoting their days to a singular, impactful mission.

McChrystal is no stranger to controversy - he was the general who tried to dictate military policy to the White House, rather than waiting for his superiors to give him orders. He was also fired for insubordination after Rolling Stone quoted him saying some pretty nasty things about the commander in chief.

But whether or not you like McChrystal, nobody questions his loyalty to the military itself, which makes his declaration particularly significant. Here you have the rare military leader who is willing to publicly reject Military Exceptionalism, to insist that America show equal respect to all kinds of public service, and to additionally declare that military service is one way to build patriotic character - but not the only way.

In America, that's a radical notion - but it only is because we are so inculcated to accept the assumptions baked into the theology of militarism. But when even a general steps up and starts questioning those core assumptions, it is a welcome signal that the theology may finally be on its way out.