Why the poor may be more prone to asthma 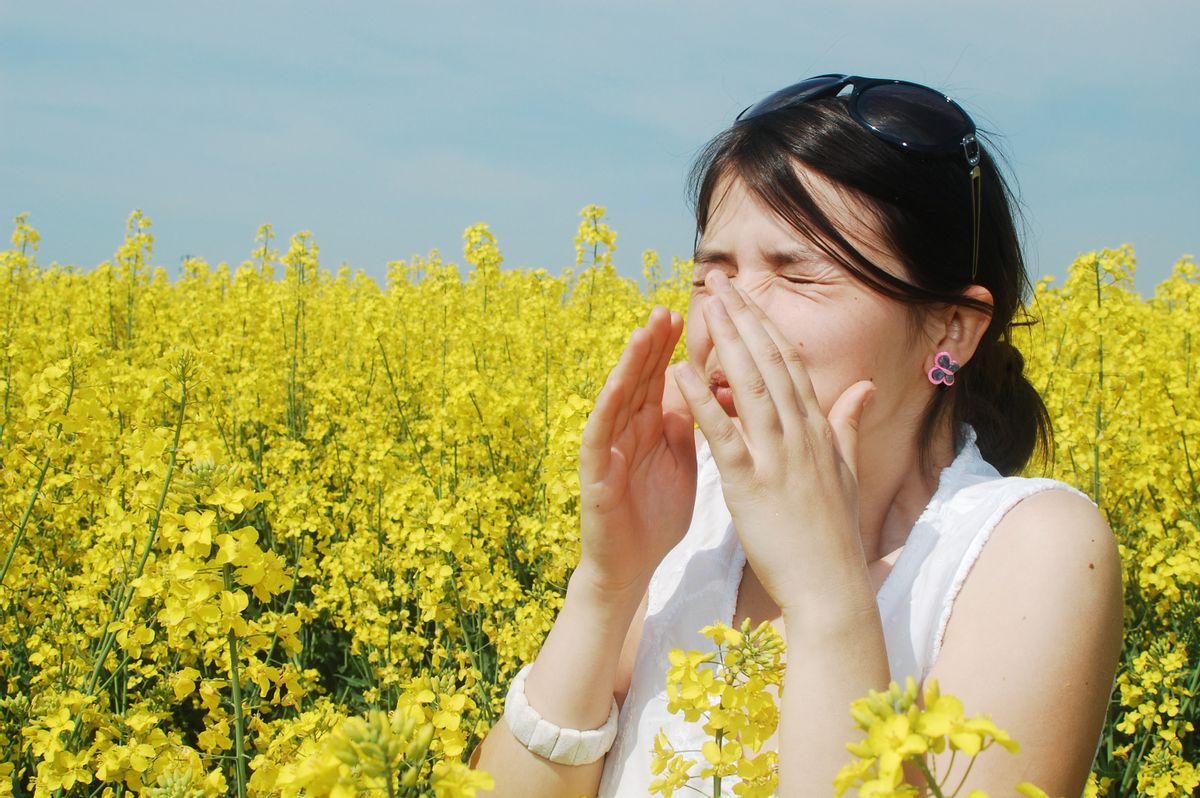 On a chilly morning in New York City this past February, Kate Weinberger found herself standing in front of a family of French tourists while trying to wrench a hand-drill around a pair of sneakers that had been left dangling from a traffic light above Lafayette Street. A doctoral student at Columbia University’s School of Public Health, Weinberger had selected this SoHo perch, in front of a menswear boutique, as an optimal location for trapping pollen. Now she was trying to secure a strip of steel around the traffic light in order to hang her pollen monitor, and the shoes were getting in the way.

Considering how bad this spring has been for allergy sufferers, you wouldn’t think pollen would be a hard thing to catch. But pollen monitors are notoriously labor-intensive devices, requiring pollonologists to hand count spores every few days. That’s why there are so few of them deployed around the country.

Data for the daily pollen count in New York City, for example, comes from a single monitor maintained by Fordham University, which is mounted on a rooftop in Lincoln Center. (And that’s an improvement; until four years ago, Fordham’s count came from a station 40 miles north of the city.) If you’re an allergic person in the Bronx wondering if it’s a smart idea to go outside today, good luck.

Weinberger’s work could help change that. The pollen trap she installed on the SoHo perch is one of 45 she’s putting up throughout Gotham. And though this is not the goal of her project, Weinberger’s work could also help other researchers solve an enduring mystery about pollen: is it a primary trigger of asthma? And if so, does it explain why the chronic respiratory condition most often strikes the young, the poor, and people of color?

One in 20 white Americans suffer from the potentially deadly disease, which inflames the lungs and causes choking, wheezing, and stifled breathing. But rates soar to 1 in 9 among black Americans and 1 in 6 for Puerto Ricans. People of color are also twice as likely as white people to die from an asthma attack, even though the disease is highly treatable.

Asthma even discriminates by neighborhood, striking largely in low-income areas. In New York City, for example, 9 percent of children suffer from asthma -- almost twice the national average.  But although 10 percent of kids living on the tony Upper East Side have some form of the disease, walk 20 blocks north to Harlem, and the rate more than doubles to almost 25 percent.

“It’s more striking when you see that some of these neighborhoods are adjacent to each other,” says Matthew Perzanowski, a professor of environmental health sciences at Columbia University who is also the lead researcher on a study of asthma and allergies in the city. Although asthma has been linked to a host of irritants that are found more often in poorer communities -- soot, auto exhaust, mold, and even the skin and excrement of pests like mice and cockroaches -- no single ingredient explains why people of certain ethnic backgrounds are more affected.

“When you look at maps of black carbon (soot), those maps are just not totally concordant with asthma maps,” Perzanowski says. “The Upper East Side has some of the highest concentrations of black carbon, and look at their asthma rates. It just doesn’t line up.”

But pollen could provide the key -- if scientists could just get enough data about it. Researchers have linked high pollen rates to an increase in asthma attacks and shown that mothers exposed to pollen during pregnancy are more likely to have a child with the disease. It hasn’t been studied much in relation to where asthma occurs, though, because pollen measuring is so sporadic. Air pollution is tracked by health departments, but pollen is monitored only by academics and allergists. They track spores mainly during their free time and tend to locate measuring devices close to their offices, which are generally far from the poorer neighborhoods heavily afflicted by asthma.

You would think high pollen counts might be a suburban phenomenon, but a few studies suggest that pollen might be more prevalent in poorer urban neighborhoods, where un-kept spaces harbor spore-spewing weeds like mugwort and ragweed -- which produce more pollen when exposed to the high rates of carbon dioxide found in cities. In 2010, a group of students from the University of Michigan planted homemade pollen monitors on residential and commercial properties and vacant lots across Detroit. Ninety-eight monitors later, the group found that pollen was significantly heavier in vacant lots, which were more often located in less-affluent areas.

And that’s where the research stood until Weinberger got interested. Pollen hunting was a perfect fit for her; she spent her undergraduate days at Oberlin College doing botany fieldwork and also suffers from asthma and rhinitis. When Weinberger decided to pursue a citywide study of pollen counts, a colleague put her in touch with Guy Robinson, the professor at Fordham University who maintains the Lincoln Center monitoring station. He gave her a crash course in her chosen discipline.

Robinson’s Lincoln Center monitor is one of the standard variety that must be checked every few days. But to help Weinberger in her long-term study, he improvised a monitor that consisted of a Batman Frisbee attached to a Nalgene bottle, which would snare tiny pollen filaments out of wind currents and hold them in a sticky glycerol-lined base without the need for constant emptying. He eventually replaced that ad-hoc equipment with sturdy plastic piping. (“He’s like the MacGyver of pollen traps,” Weinberger says.) The traps need to be placed eight feet high -- just the right height to approximate a human’s experience of pollen without a risk of tampering -- and be sturdy enough to capture tree secretions over a full season. Last fall, the Weinberger-Robinson duo tested some prototypes strapped to the roofs and doorsteps of friends’ homes in several boroughs and found huge variations in the concentrations of pollen between neighborhoods.

After developing the right design, Weinberger has been placing her devices next to air monitors run by the New York City Department of Health. That will give her location-specific data that allows her to chart spores against air pollution and asthma rates and try to demonstrate a connection. “What Kate’s doing is really exciting,” Perzanowski says. “There’s so much data in New York, but this is really an area that’s gone untapped.”

Although Weinberger’s work at this point is focused on gathering and analyzing data, if those results demonstrate that there is a link between high pollen counts and the incidence of asthma, that would potentially help other researchers figure out how to fight the disease in poor communities. For asthma sufferers in those neighborhoods, that would be a breath of fresh air.