Rumsfeld: "I can't tell" if Obama has switched sides in "War on Terror"

"It bothers me greatly that he's unwilling to identify the enemy," he said 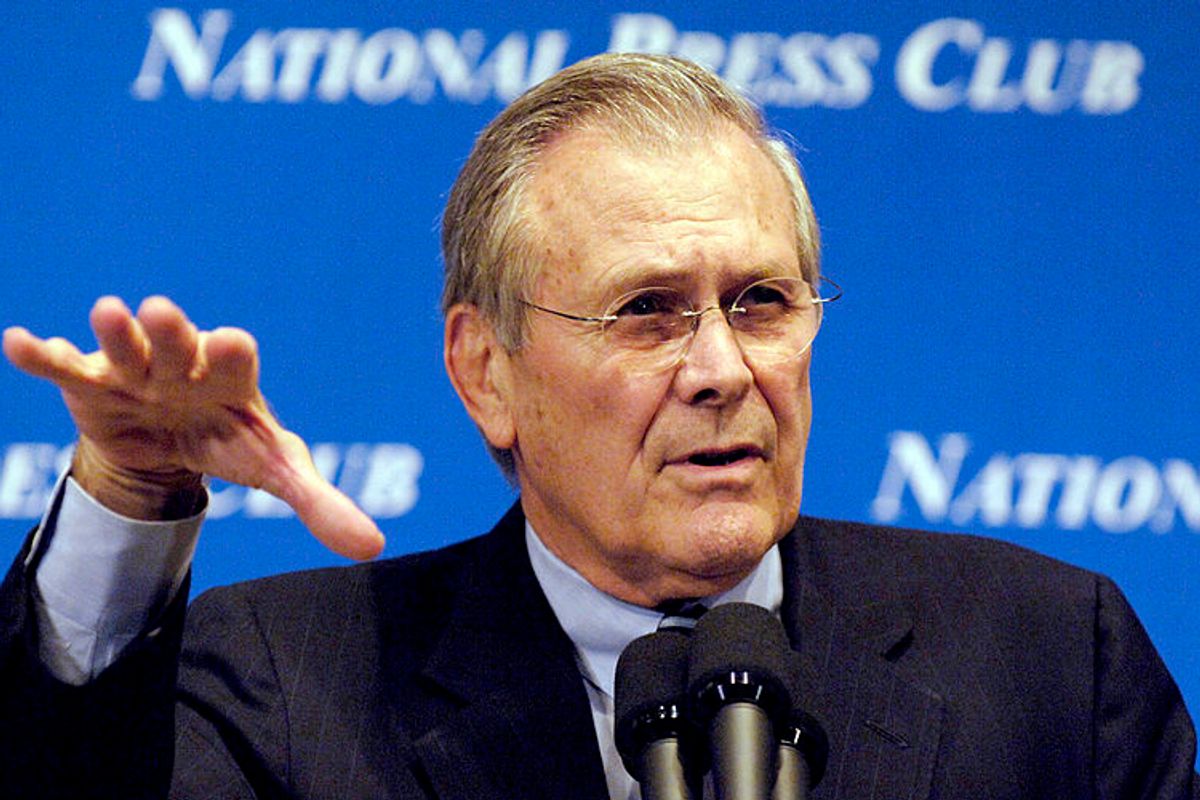 Former Defense Secretary Donald Rumsfeld says that he "can't tell" if President Obama has switched sides in the "War on Terror," because the President is "unwilling to identify the enemy."

"As you go around the country, do you have any sense or the same sort of sinking feeling that the rest of us have that [Obama has] actually switched sides in the War on Terror?" Rumsfeld was asked at a recent event.

"You know, I just don't feel competent to answer," Rumsfeld said. "I can't tell." He continued: "It bothers me greatly that he's unwilling to identify the enemy. I don't see how you win if you don't."

Rumsfeld was speaking at a recent event hosted by the David Horowtiz Freedom Center - a notable venue because Horowitz, the anti-Islam editor of the conservative FrontPage Magazine, has, among other things, accused everyone from Huma Abedin to Grover Norquist to CPAC to teachers unions of ties to the Muslim Brotherhood or allowing the "infiltration of Islamic Jihadist doctrines."

Here's the video, via TPM: